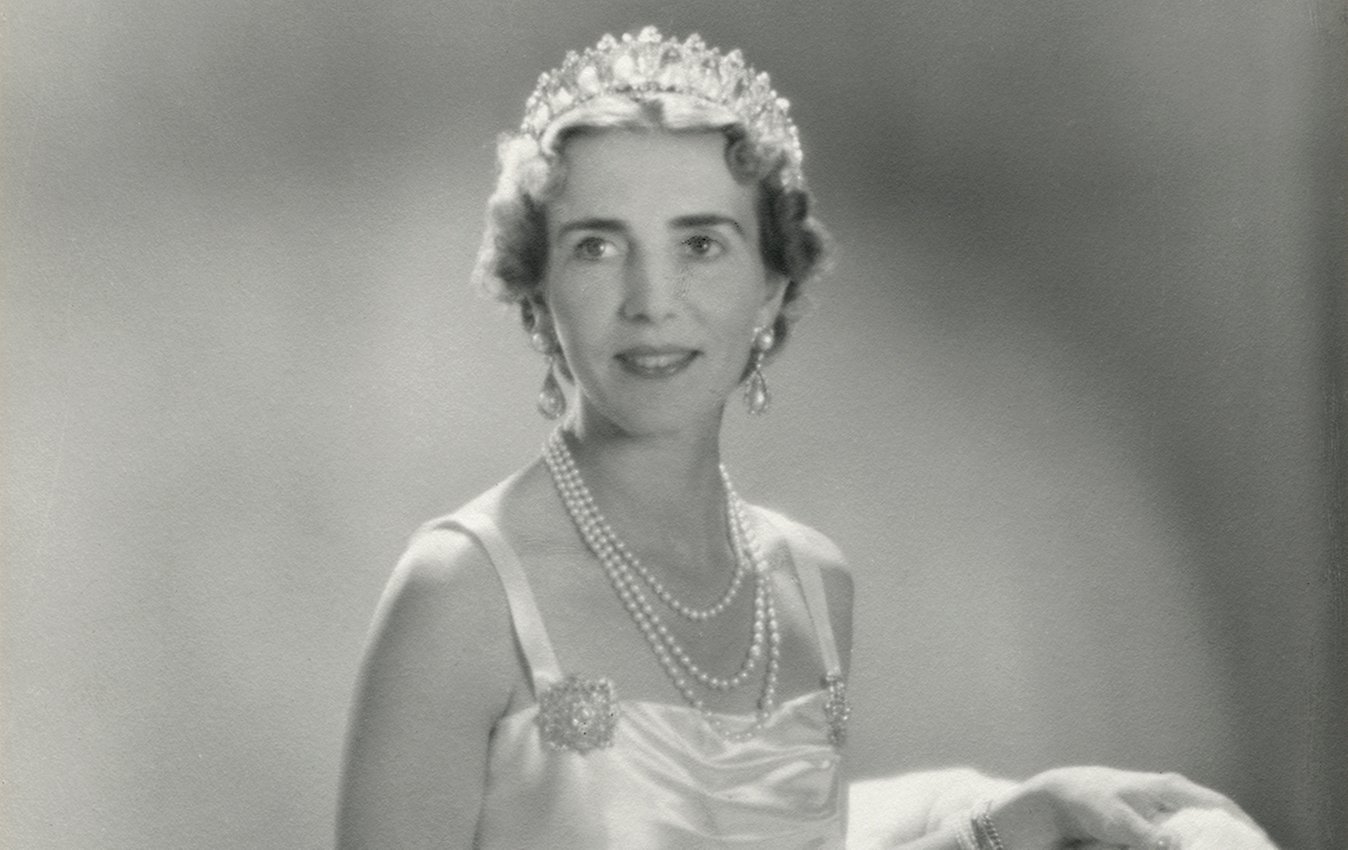 Ingrid photographed in 1947 by Lindquist. Photo from the Bernadotte Library's archive.

Ingrid Victoria Sofia Louise Margareta was born in March 1910 at the Royal Palace of Stockholm. She was the daughter of Gustaf (VI) Adolf and Margareta of Great Britain, and became Queen of Denmark.

In the summer of 1935, she married Crown Prince Fredrik of Denmark amid great pomp and ceremony in Stockholm. To begin with, the new Crown Princess was not particularly popular in her new home country. She was critical of the Nazis during the Second World War, and her family's decision to remain in Denmark saw her popularity grow. When King Kristian X died in 1947 and Ingrid's husband became King Fredrik IX, her popularity was firmly established.

Through a parliamentary resolution in 1953, female succession to the throne was introduced in Denmark. As a result, the King and Queen's oldest daughter Margrethe ascended to the throne on her father's death in 1973.

Queen Ingrid died in November 2000 at Fredensborg Palace in Denmark. 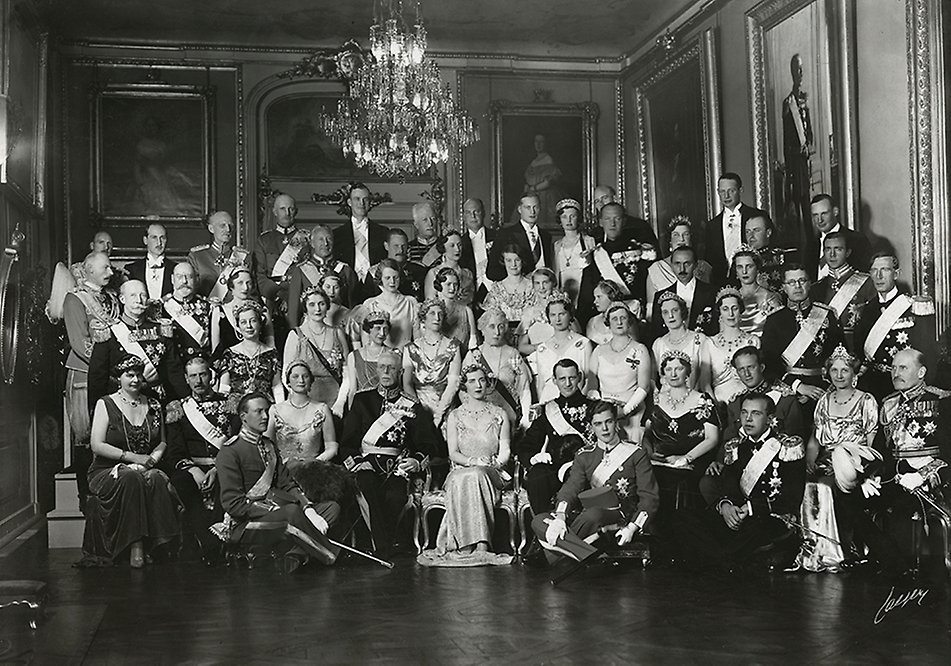 Princess Ingrid's marriage to Frederik of Denmark on 24 May 1935 in Stockholm. Photo from the Bernadotte Library's archive.