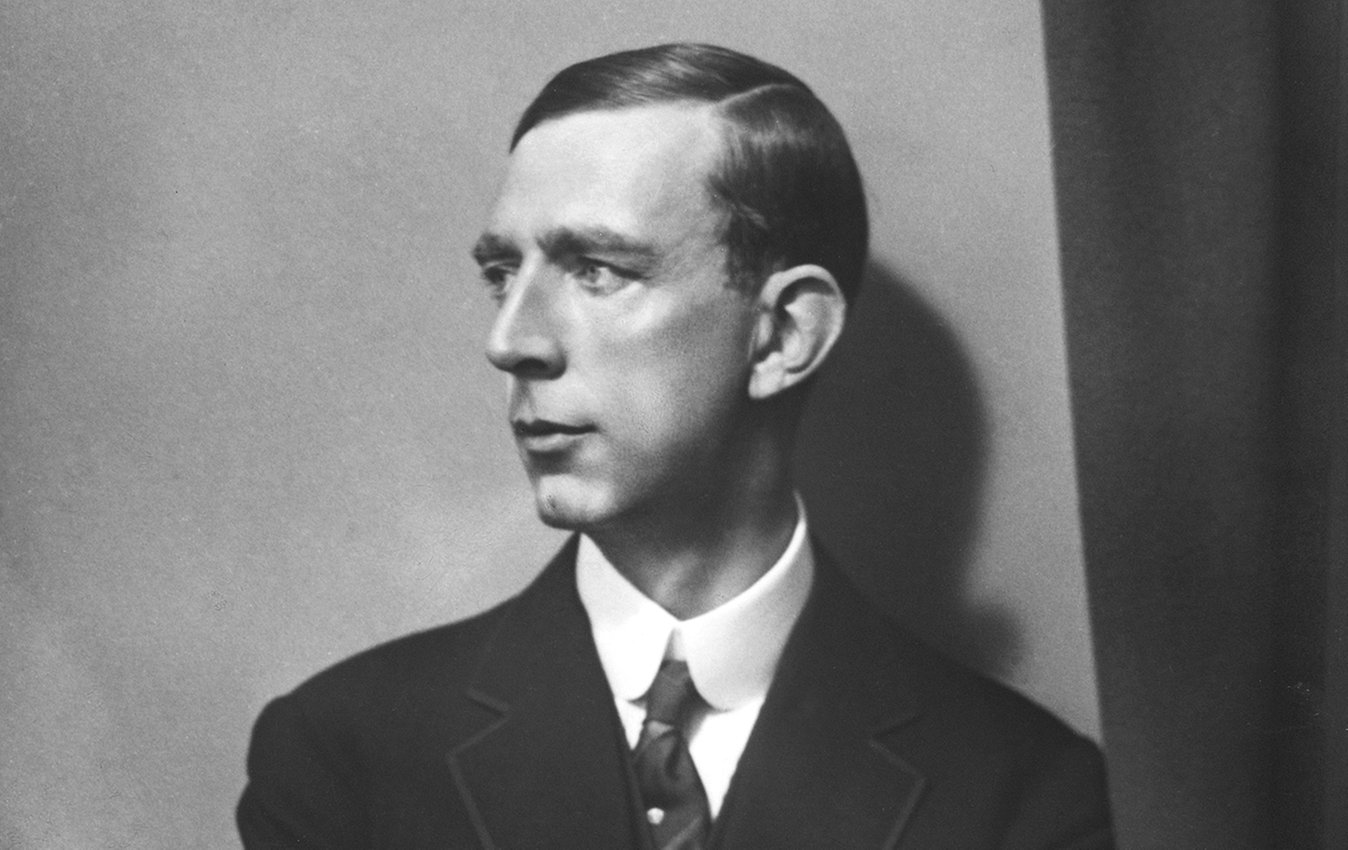 Photograph of Prince Wilhelm dating from 1926. Photo from the Bernadotte Library's archive.

Carl Wilhelm Ludvig was born in June 1884 at Tullgarn Palace. He was the son of Gustaf (V) and Viktoria of Baden, and the brother of Gustaf (VI) Adolf and Prince Erik. Prince Wilhelm was Duke of Södermanland.

It was traditional for the second child in the royal family to follow a naval career. On his twentieth birthday in 1904, he became a Second Lieutenant in the Navy and advanced to the rank of Commodore, eventually becoming Rear Admiral.

Wilhelm was an excellent sailor, and a prominent author and lyrical poet of his time. Between 1920 and 1949 he was involved in making almost 250 newsreels.

In 1908 he married the Grand Duchess Maria Pavlovna of Russia, with whom he had a son, Lennart. Their marriage was not a happy one, and was dissolved in 1914.

Wilhelm lived at Stenhammar Palace until his death in 1965. 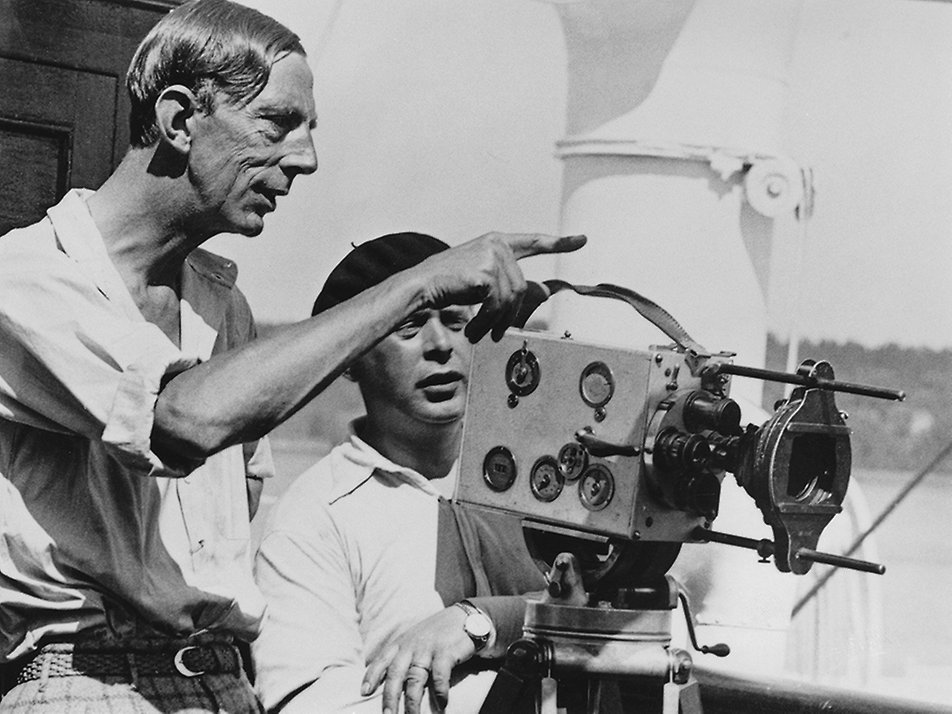 Prince Wilhelm during filming. The Prince published books of poetry including Silhouettes of Reality (1955) and collections of short stories including Black Novels (1924), as well as global travelogues and books about Swedish nature. He also made short films. Photo from the Bernadotte Library's archive.