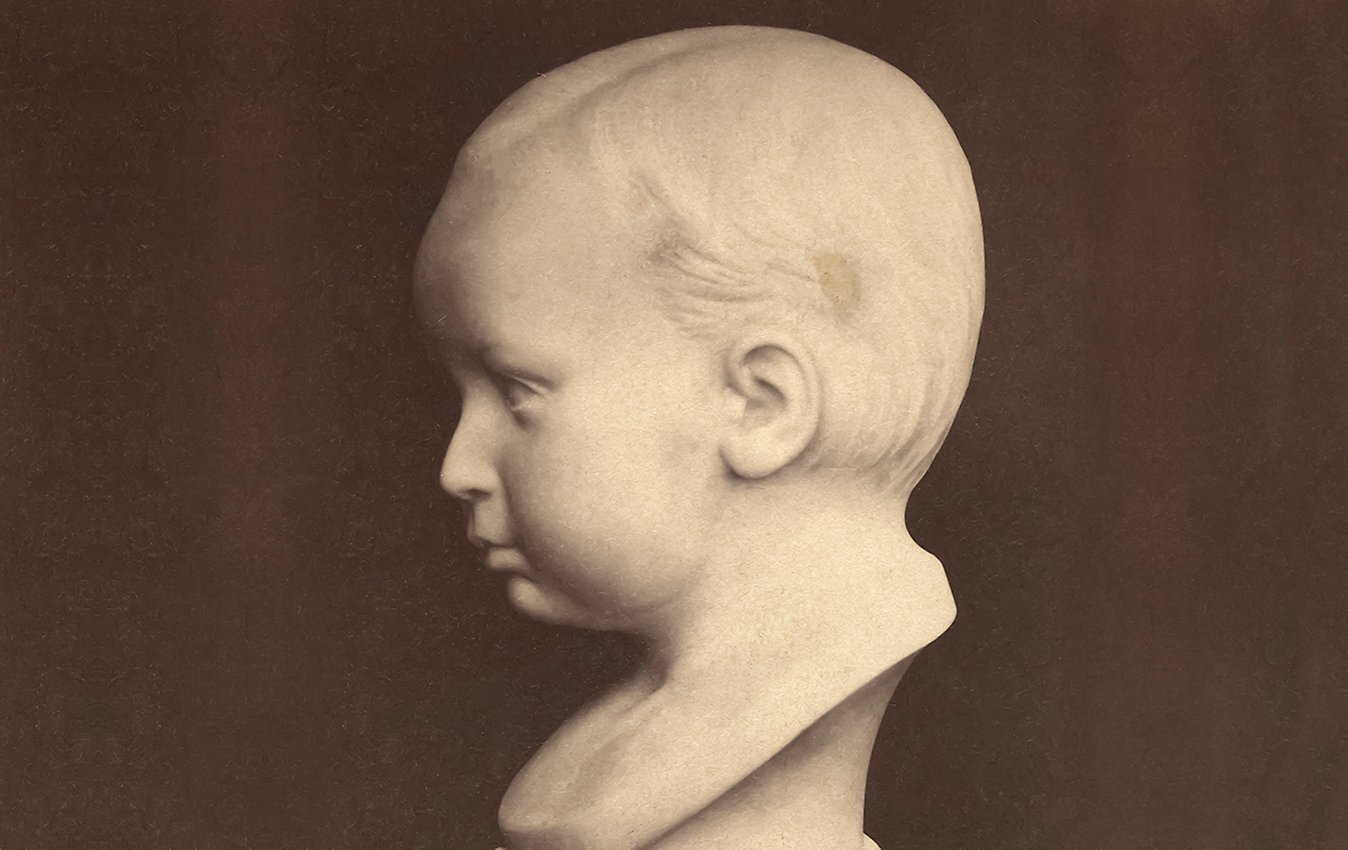 Bust of Prince Carl-Oskar, photographed by Mathias Hansen. Prince Carl-Oskar was Karl XV's son, who died in 1854 at the age of two from complications of measles. Photo from the Bernadotte Library's archive.

Carl Oskar Wilhelm Fredrik was born in December 1852 at the Royal Palace of Stockholm. He was Prince of Sweden and Norway, and was also Duke of Södermanland and the only son of Karl (XV) and Lovisa of the Netherlands.

During his short life, Carl Oskar was second in line to the throne of Sweden and Norway, after his father, and was also Duke of Södermanland.

He contracted measles in February 1854 and was incorrectly prescribed cold baths, which caused pneumonia. Carl Oskar died at the age of just 15 months on 13 March 1854, as a result of which his uncle Oskar eventually inherited the throne as King Oskar II.