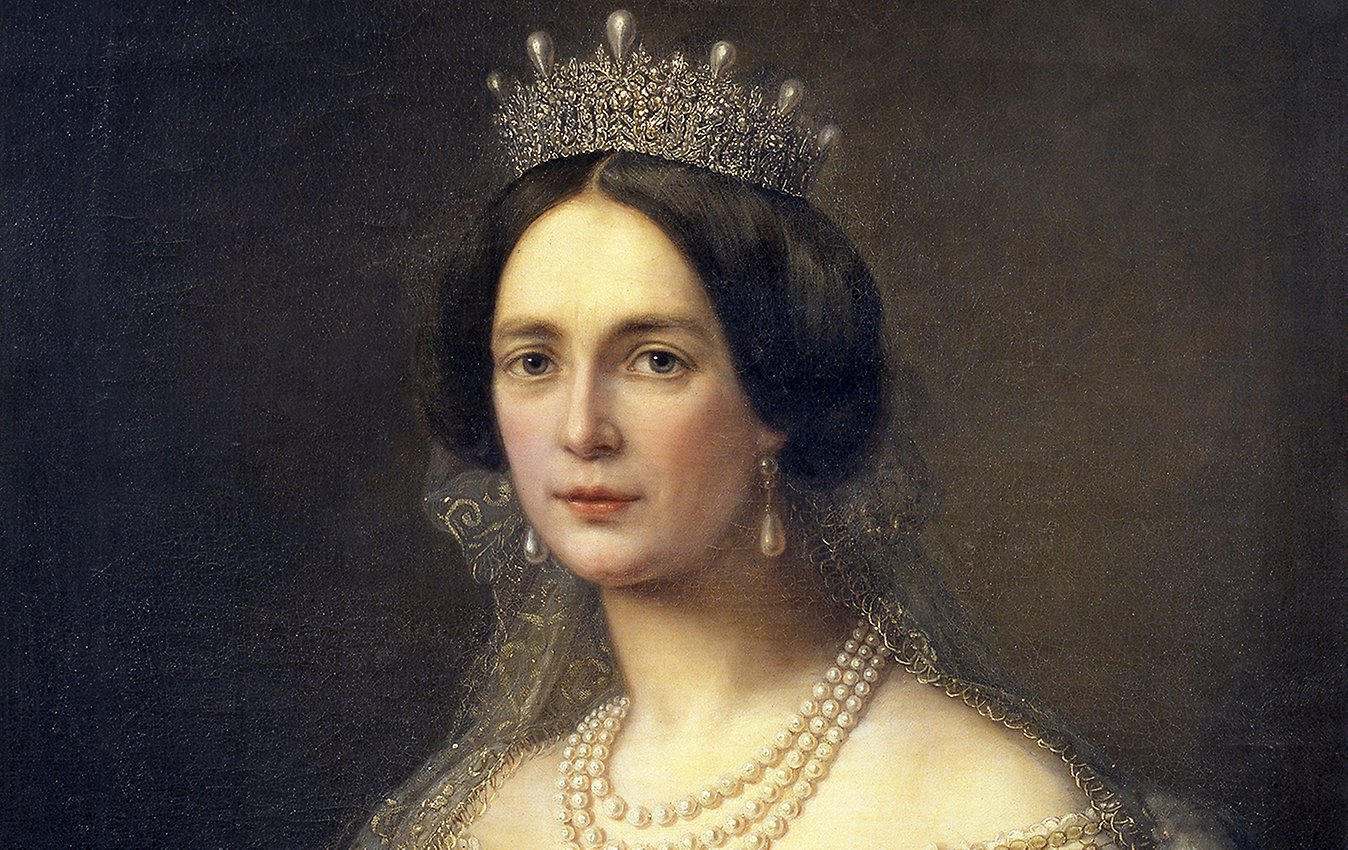 Portrait of Queen Josefina, painted in 1856 by artist Sophie Adlersparre. The image has been cropped. Photo: Alexis Daflos/The Royal Court of Sweden

Joséphine Maximiliana Eugenia Napoleona of Leuchtenberg was born in March 1807 in Milan, the daughter of French General Eugène de Beauharnais and Princess Augusta Amalia of Bavaria.

On 23 August 1822, Crown Prince Oskar came on a visit to Eichstätt in Bavaria, where he met the 15-year-old Joséphine. The Crown Prince fell in love with her, and asked for her hand in marriage a few days later.

The Catholic marriage ceremony took place in Munich on 22 May 1823, without the Crown Prince attending. Joséphine was escorted to the altar by her father Eugène, while Crown Prince Oskar was represented by Joséphine's uncle Karl of Bavaria. Two days later, Joséphine left Bavaria to travel to Sweden. On 19 June 1823, at the age of just 16, her Swedish marriage ceremony took place at Stockholm Cathedral. Her official name became Josefina.

At that time, Catholicism in Sweden was subject to strict restrictions, but Josefina remained Catholic. She contributed towards the construction of the first Catholic church in Stockholm in 1837, and towards establishing the Catholic congregations in Gothenburg and Kristiania.

The Crown Prince Couple's first child, Karl, was born in May 1826. Four more children were born within the space of the next few years. When Oskar became king in 1844, Josefina gained greater political influence and became her husband's only truly confidential advisor.

During the winter of 1875–76, Queen Dowager Josefina grew increasingly weak and in May 1876 she suffered from pneumonia which was complicated by heart trouble. She died on 7 June. 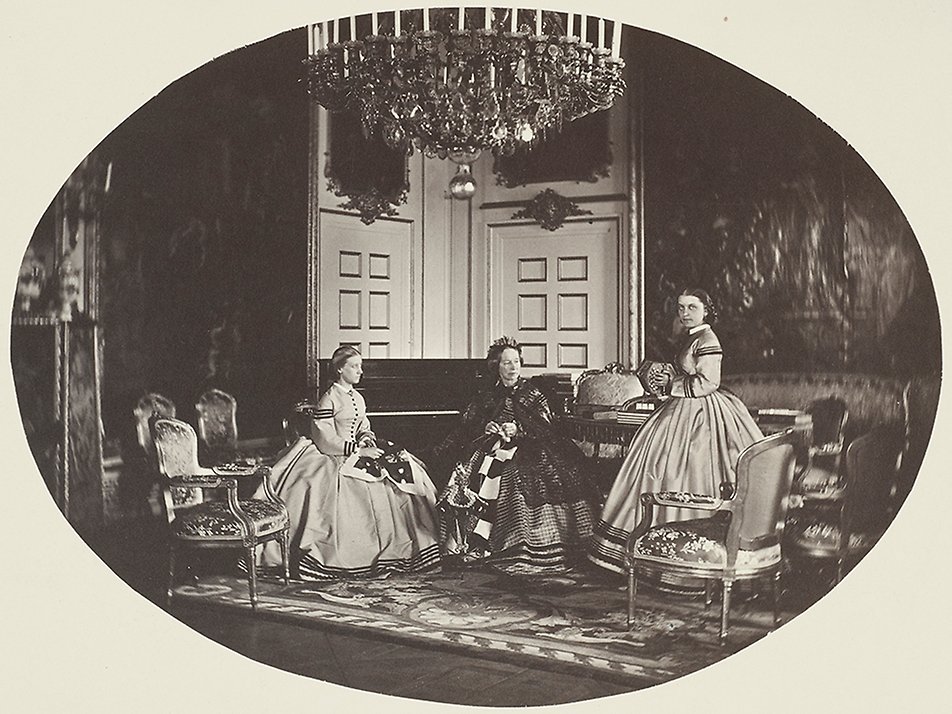 Queen Dowager Josefina in the Ehrenstrahl Hall at Drottningholm Palace. To the left is maid of honour Charlotte, and to the right – with the accordion – maid of honour Lotten von Heijne. The photograph dates from the 1860s. Photo from the Bernadotte Library's archive.