On Monday 20 December, The King and Queen and The Crown Princess Couple attended the Swedish Academy's formal gathering at the Stock Exchange in Stockholm. 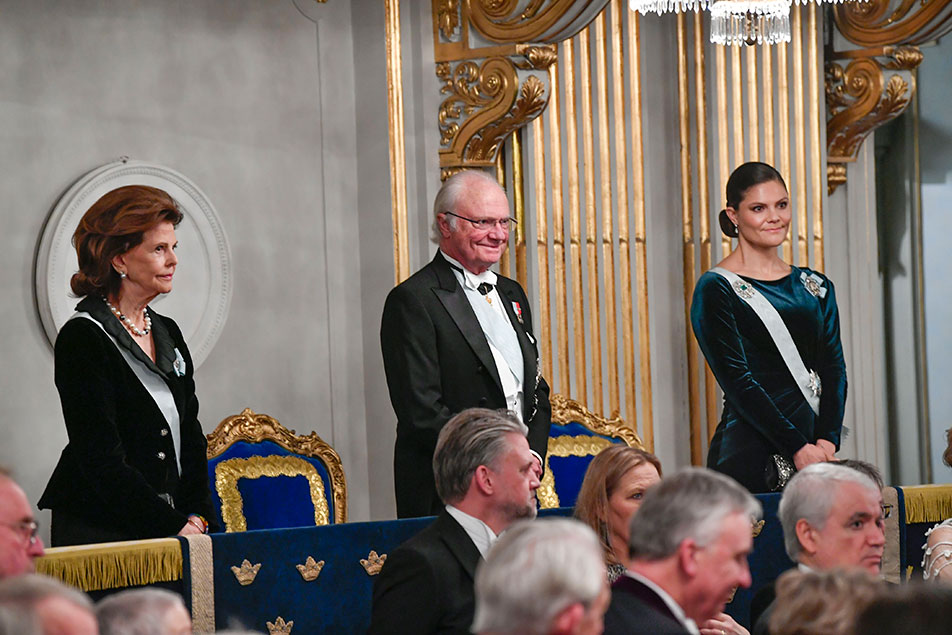 The King, The Queen and The Crown Princess Couple at the Swedish Academy's formal gathering. Photo: Henrik Montgomery/TT

The Swedish Academy concludes its working year by celebrating its formal gathering with a public assembly at the Stock Exchange on 20 December at 17:00. King Gustav III issued strict directions for the ceremony, which are still followed in all essentials.

HM The King is Supreme Patron of the Swedish academy.