The King presents a new standard to Karlberg Military Academy

On Thursday 18 November, The King presented a new standard to Karlberg Military Academy in Stockholm. 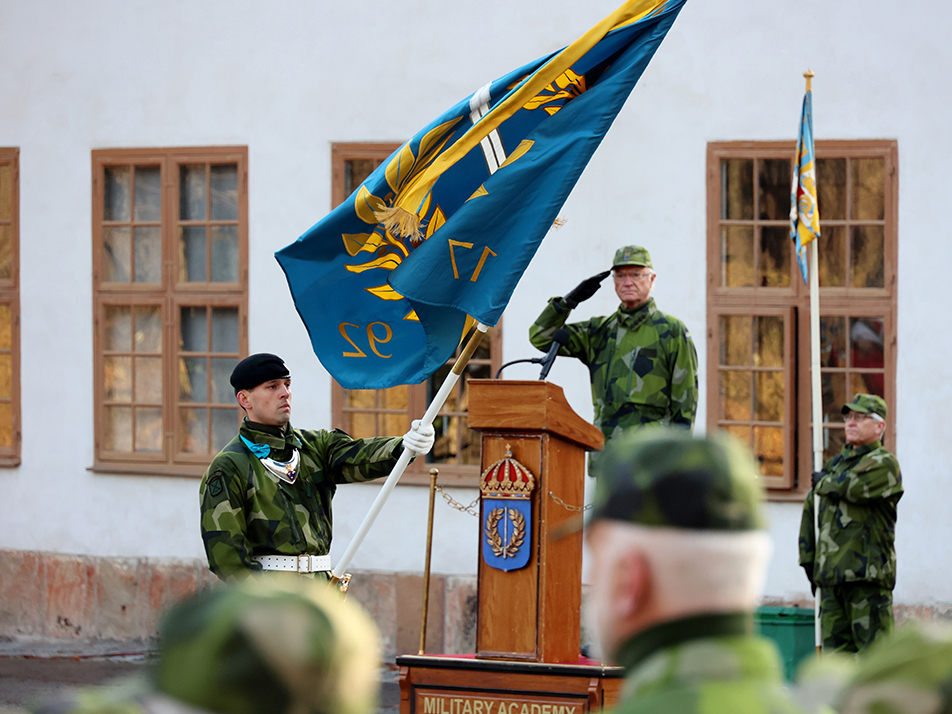 The King presented a new standard to Karlberg Military Academy, in the presence of cadets and staff. The old standard, which was presented to mark the academy's 200th anniversary in 1992, was therefore retired. 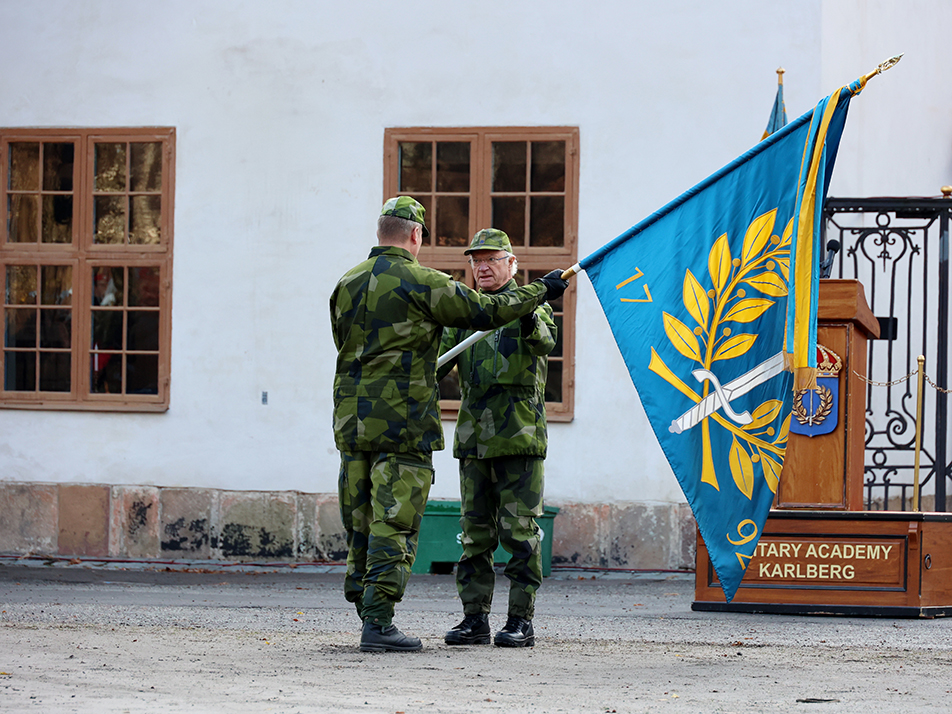 The King gave a speech on Kyrkplan near Karlberg, in which he said:

Here at Karlberg Castle, Swedish officers have been trained for more than 200 years. More specifically, since 1792. This makes Karlberg the world's oldest military academy to carry out training in the same location.

But even though the academy itself is old, its academic environment is vibrant and modern. This includes cooperation with the Swedish Defence University within subjects such as military science and leadership.

The King's Song and inspection

Once The King had presented the standard, The King's Song was sung and the director of the military academy led four cheers for The King. The King then inspected the units to the accompaniment of Under the Blue and Yellow Flag, performed by the Life Guards' Dragoon Music Corps. 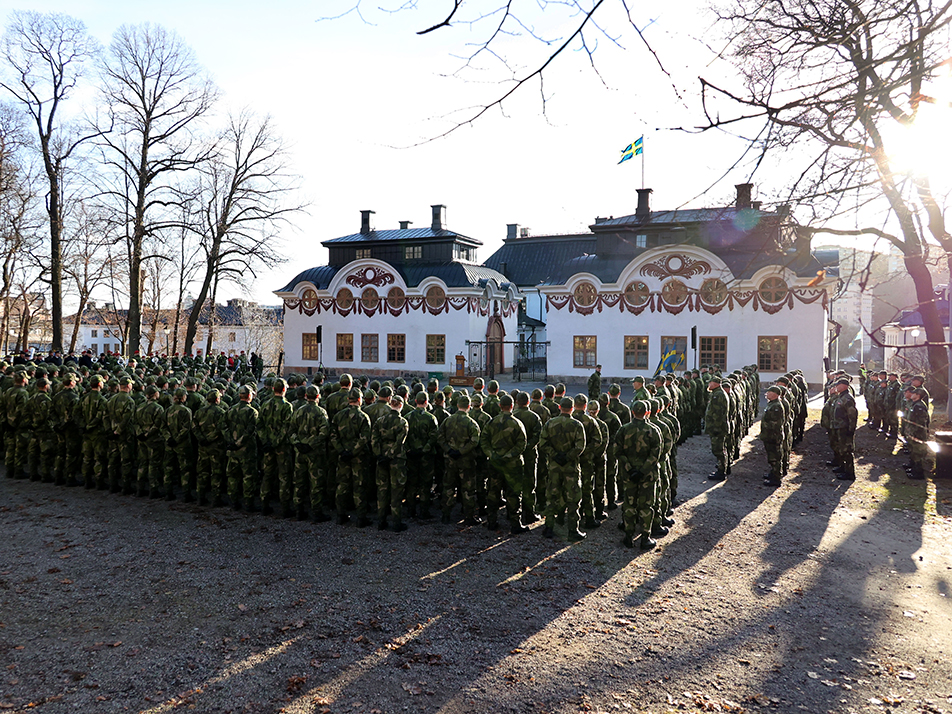 The original role of the field standard was to show the location of a particular unit during combat.