On Saturday 18 September, The King took part in the Mälar Scouts' 90th anniversary celebrations, which were held at the troop's K2 Scout hut on Lovön. 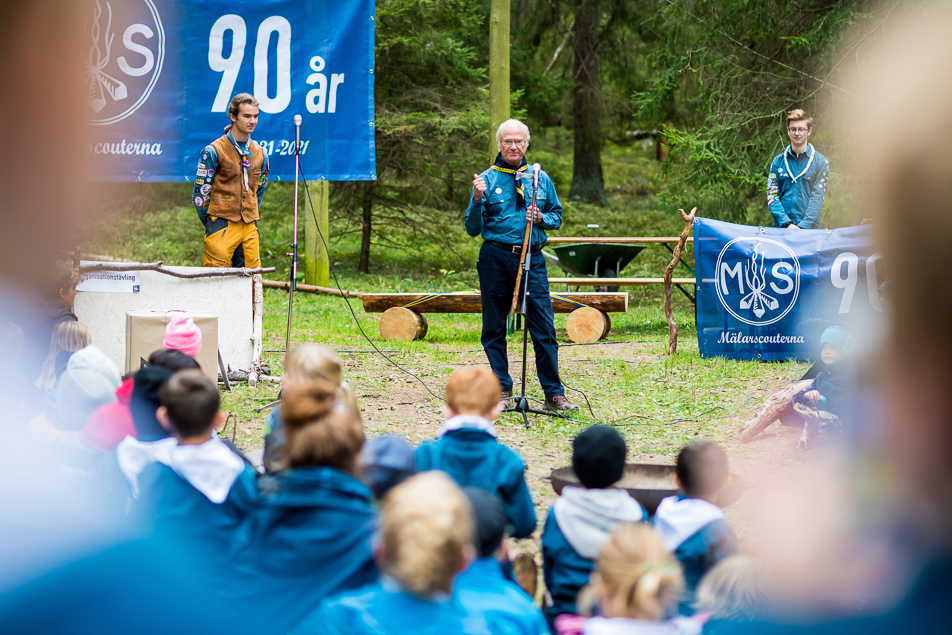 The King spoke about his involvement with the Scouts. Photo: Pelle T Nilsson/SPA

Around 400 Scouts, Scout leaders and officials had gathered at the K2 Scout hut for the celebrations. 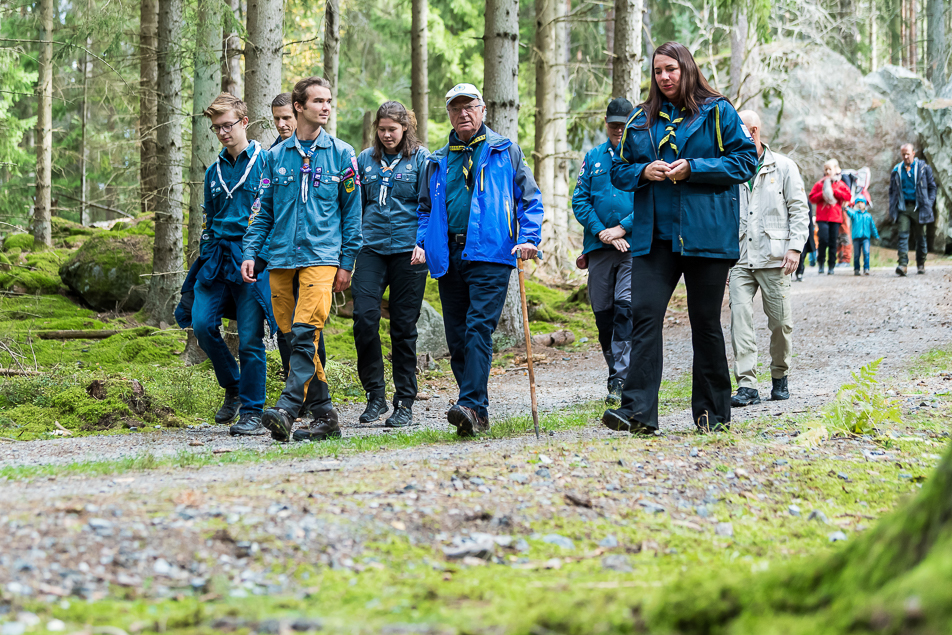 The King is given a tour of the area. Photo: Pelle T Nilsson/SPA

Troop Leader Teo Elmfeldt gave The King a tour of the area, where a number of Scouting activities were taking place. The Scouts completed various timed tasks in groups. The more tasks the Scouts completed, the more points they were awarded. 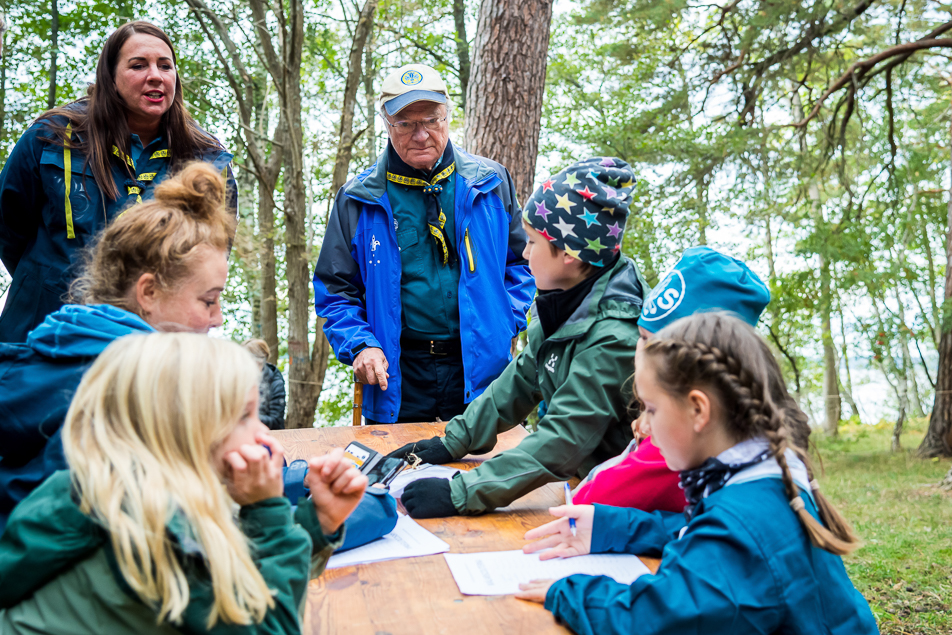 The King was also given a tour of the K2 Scout hut, where an exhibition about 90 years of the Mälar Scouts' activities was on display.

The King spoke about his commitment to the Scouts and how a Scout carries the organisation's values throughout life.

The King then led a 'rocket' cheer, which involves the participants standing in a ring and simulating a rocket launch, with ever-faster hand clapping, foot stamping, jumping and cheering. 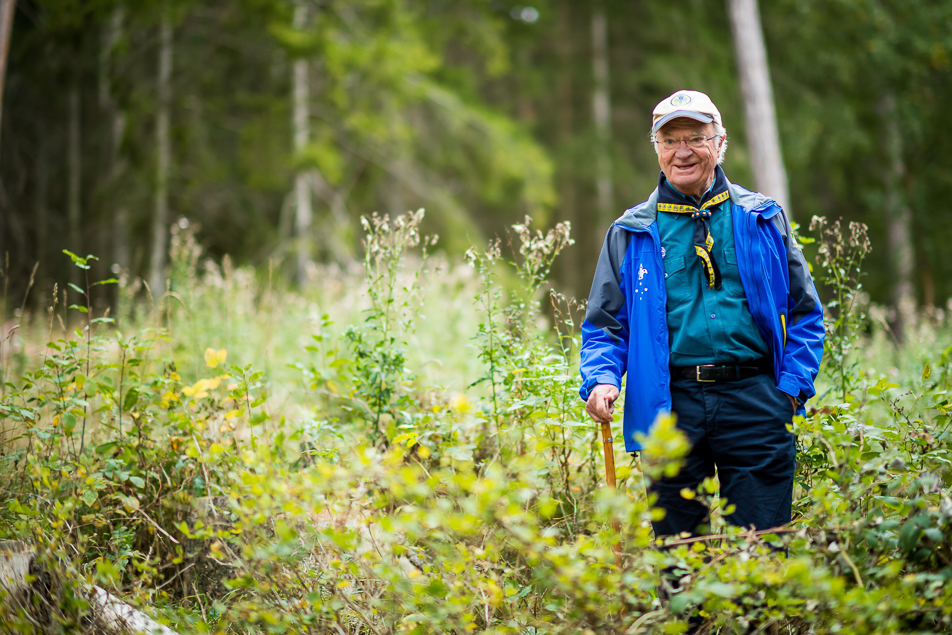 Since his childhood, The King has been involved in various Scouting activities, both in Sweden and abroad. The King has been Honorary Chairman of the World Scout Foundation since 1977. Photo: Pelle T Nilsson/SPA 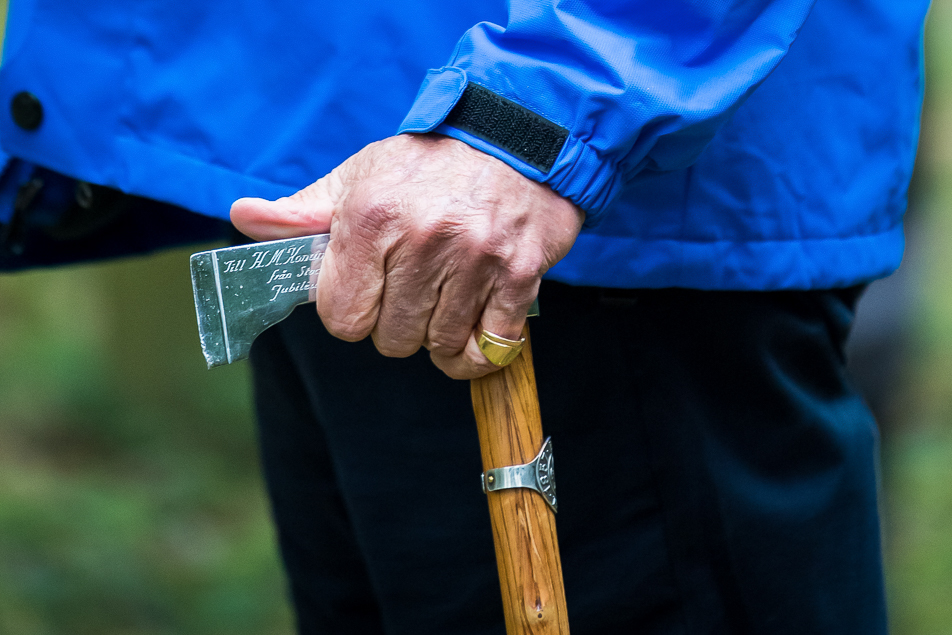 In his hand, The King holds a stick with an axe head for a handle. The stick was presented to King Gustaf VI Adolf by the Scouts in Stockholm in 1957, to commemorate the centenary of the birth of Robert Baden Powell, founder of the Scout Movement. Photo: Pelle T Nilsson/SPA

The Mälar Scouts were founded in 1931, with two leaders and seven new Scouts taking part in the first meeting at Ålsten Elementary School. Scouting operations grew from here, with new troops being added including Ängby Scout Troop in 1959 and Ängby Girl Scout Troop in 1959.

Since 1995, the Scouts have been based at Karsvik Pasture in Norra Ängby. Weekend and holiday activities take place at the K2 Scout hut, which replaced the old hiking hut on Lovön in 2015.