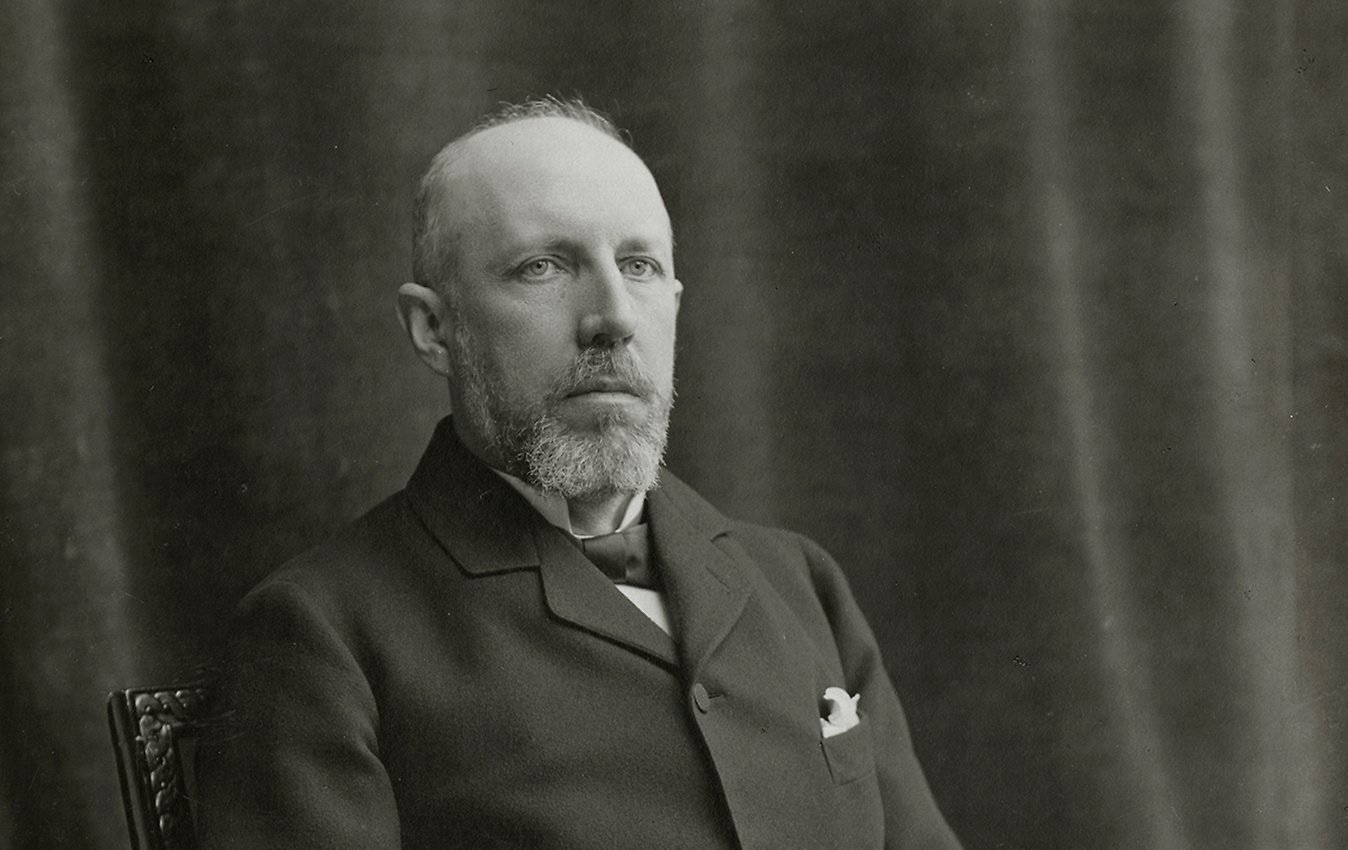 Prince Oscar photographed in 1903 by Ernest Florman. Photo from the Bernadotte Library's archive.

Oscar Karl August was born in November 1859 at Drottningholm Palace. He was the son of Oskar (II) and Sofia of Nassau. Prince Oscar was Duke of Gotland until 1888 and Count of Wisborg from 1892.

He completed his school exams and his naval officer training in 1879, after which he studied at Uppsala. When he married Lady-in-Waiting Ebba Munck of Fulkila in 1888, he renounced all rights to the Swedish throne.

He and his wife were deeply religious, and in 1892 Oscar became Chairman of the Swedish YMCA. He was appointed Rear Admiral in 1897, whereupon he initiated the religious Södertälje Convention, following the model of the English Keswick Convention. In 1927, he donated his holiday home Fridhem on Gotland to the YMCA.

Oscar became a widower in 1946, and died in 1953. He was survived by his children Maria, Carl, Sofia, Elsa and Folke – the latter was the famous Count Bernadotte who in 1945 helped to save thousands of prisoners from the German concentration camps.