This year marks HM The King's 50th jubilee. In connection with the jubilee, a new portrait of The King has been unveiled. 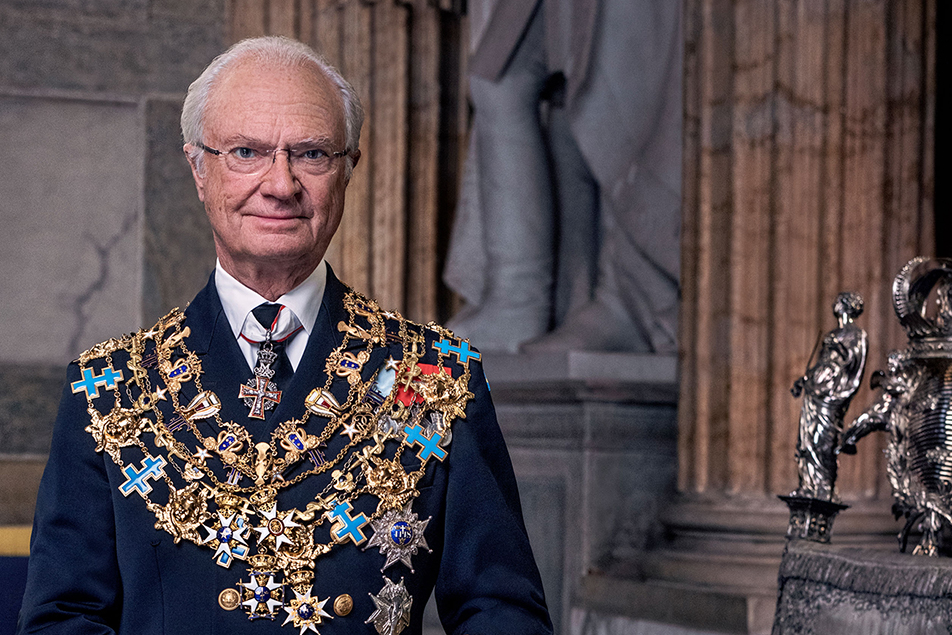 The photograph was taken by Thron Ullberg in the Hall of State at the Royal Palace in Stockholm. It was in this room that The King's enthronement ceremony took place in September 1973, during which The King announced his motto: 'For Sweden – With the Times'. 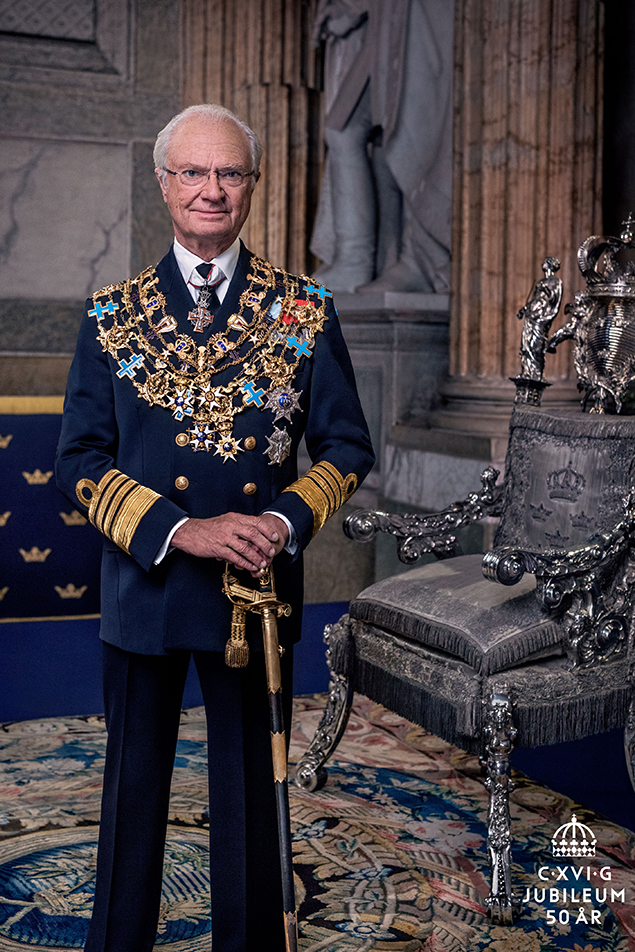 The photograph shows The King standing next to the magnificent Silver Throne. The throne was a gift from state councillor Magnus Gabriel De la Gardie to Queen Kristina on the occasion of her coronation at Stockholm Cathedral in 1650. Today, the Silver Throne is a symbol of the Swedish monarchy, and is regarded as one of the nation's emblems of dignity.