On Monday 19 September, The King and Queen attended Queen Elizabeth II's state funeral at Westminster Abbey in London and the subsequent burial service in Windsor. 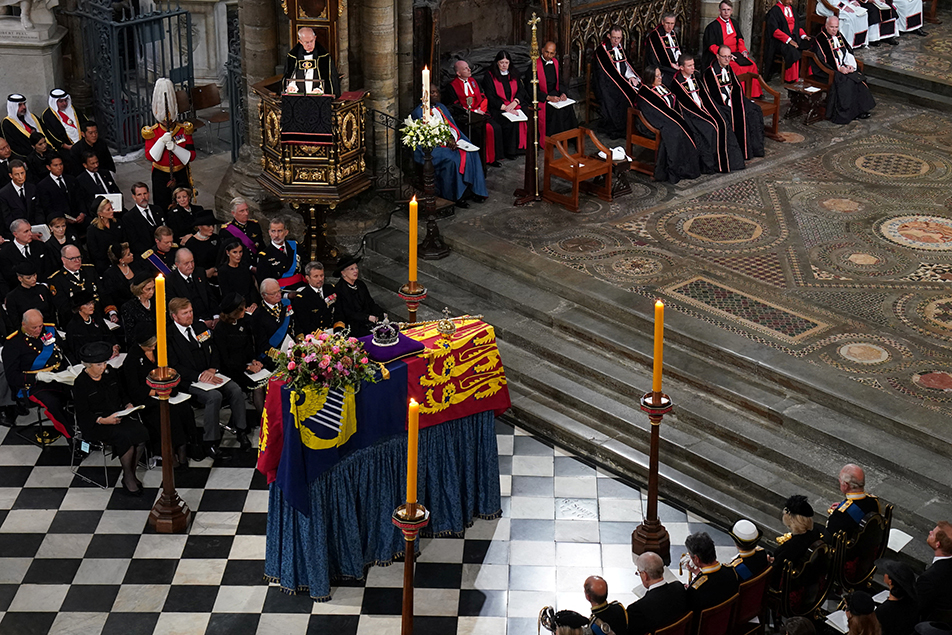 The King and Queen, together with a large number of other heads of state, attended Queen Elizabeth II's state funeral at Westminster Abbey in London.

Queen Elizabeth II was queen and head of state of the United Kingdom for more than 70 years. At the time of her death, she was also head of state of 14 other independent nations, and Head of the Commonwealth. 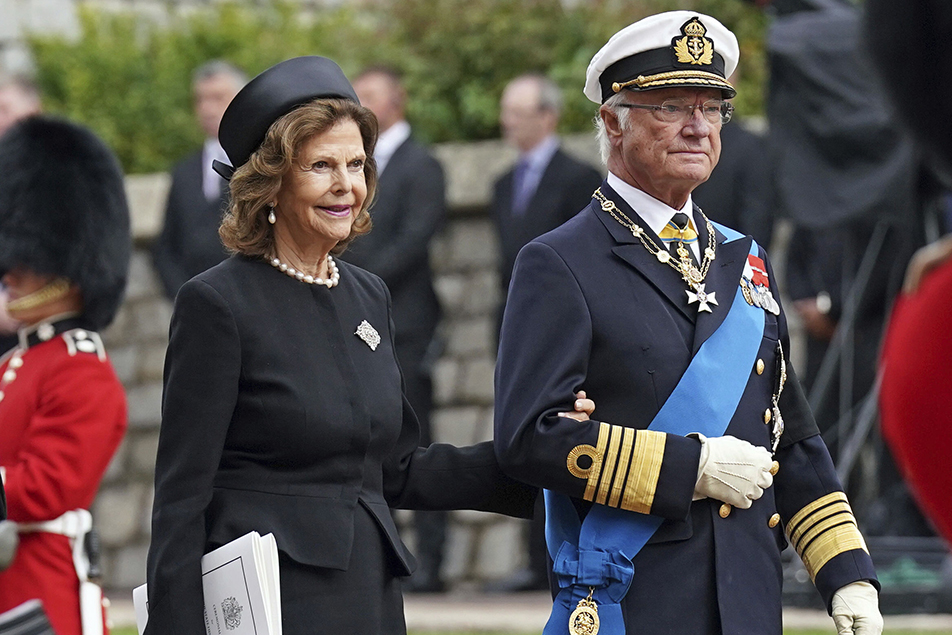 The King and Queen at Windsor Castle. During the day, The King wore the Order of the Garter on his chest and the Royal Victorian Chain around his neck. Photo: Kirsty O'Connor/AP/TT

Following the state funeral in London, the late Queen's remains were taken to Windsor. In St George's Chapel at Windsor Castle, The King and Queen attended a burial service together with members of the British royal family and other European monarchs and their consorts.