Diplomatic reception at the Royal Palace

On 19 April, The King and Queen and The Crown Princess Couple held a diplomatic reception for ambassadors from Australia, Denmark, Estonia, Kenya, Mexico, the United Kingdom and South Africa. 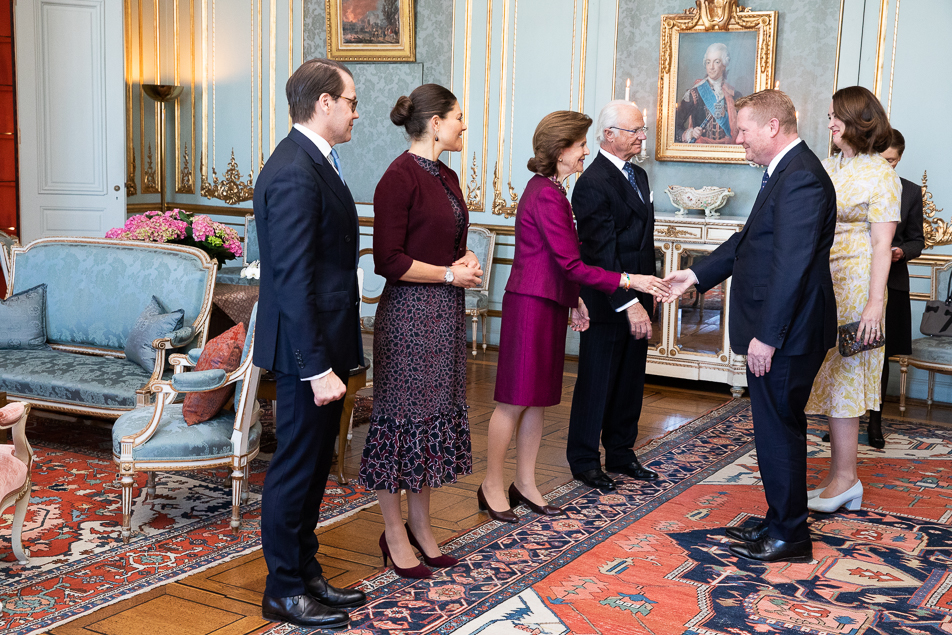 A few times a year, newly-appointed ambassadors and their spouses are given the opportunity to meet The King and Queen during a reception at the Royal Palace. The Crown Princess Couple also took part in Tuesday's diplomatic reception.

The first time newly-appointed ambassadors meet The King is when they submit their credentials during a formal audience. At the diplomatic reception, they also have the chance to meet other ambassadors, as well as representatives from the Ministry for Foreign Affairs.