The King holds an audience with the Prime Minister

On Tuesday 7 December, The King held an audience with Prime Minster Magdalena Andersson at the Royal Palace. 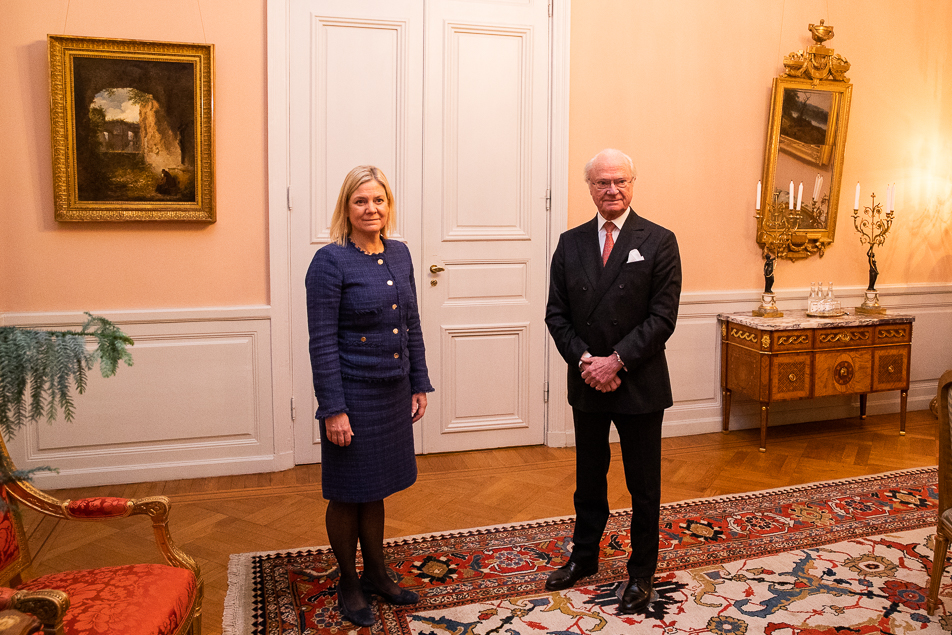 The King meets with Sweden's Prime Minister on a regular basis to find out about the work of the Government. The day's audience was the first with Prime Minster Magdalena Andersson.

According to the Constitution Act, the Prime Minister is responsible for ensuring that the Head of State is kept informed about matters concerning the nation. This takes place at Councils of State, in which The King, The Crown Princess, the Prime Minister and ministers participate.

Magdalena Andersson assumed the office of Prime Minster during a Change of Government Council at the Royal Palace on 30 November Opens in new window..