The King holds an audience with the three Baltic speakers

On Friday 17 September, The King held an audience with the speakers from the three Baltic countries: Estonia, Latvia and Lithuania. 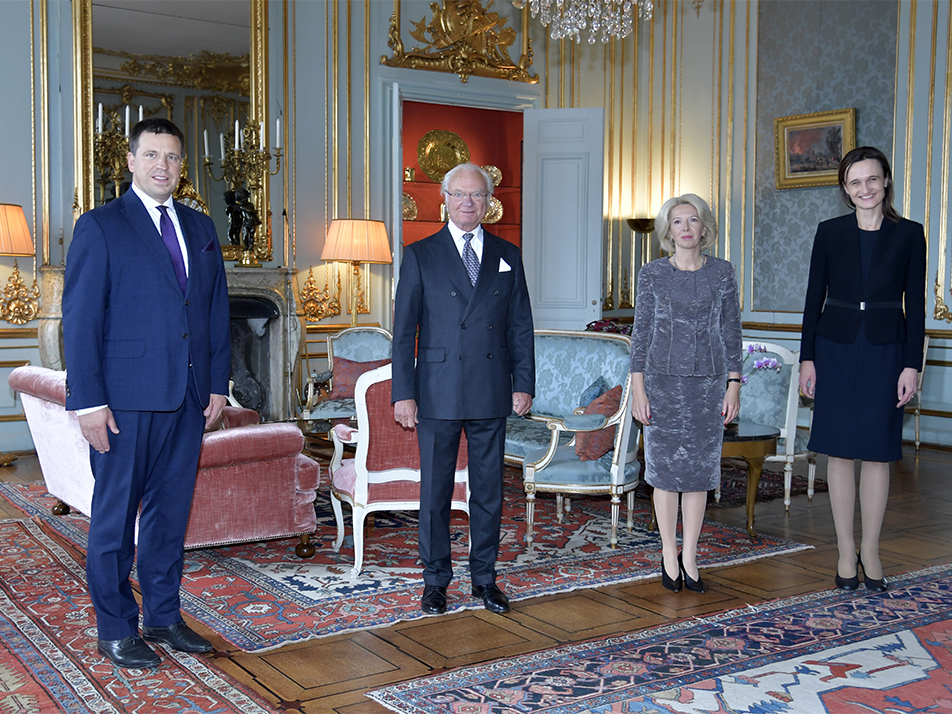 The King with President of the Estonian Riigikogu Jüri Ratas, Speaker of the Latvian Saeima Ināra Mūrniece and Speaker of the Lithuanian Seimas Viktorija Čmilytė-Nielsen. Photo: Fredrik Sandberg/TT

The three Baltic speakers carried out an official visit to Sweden on 16–18 September to mark 30 years of Sweden's diplomatic relations with the Baltic nations.

Speaker of the Latvian Saeima Ināra Mūrniece, Speaker of the Lithuanian Seimas Viktorija Čmilytė-Nielsen and President of the Estonian Riigikogu Jüri Ratas visited Sweden at the invitation of Speaker Andreas Norlén.

The speakers began their visit to Sweden by taking part in a ceremony on Norrmalmstorg to commemorate the Monday Movement. Between March 1990 and September 1991, the movement organised meetings on Norrmalmstorg every Monday at 12:00 to support the independence of the Baltic States from the Soviet Union.

During the rest of their visit, the speakers met Sweden's Minister for Foreign Affairs and Minister for Defence, and the Chair of the Municipal Council of the City of Stockholm. They also visited the Swedish Riksdag, Baltic Day in Sollentuna and the Swedish Armed Forces' Command and Control Regiments in Enköping and Uppsala.