On Tuesday 14 September, HM The King opened the 2021/2022 Parliamentary Session in the Riksdag's chamber. The new parliamentary year has thus begun. 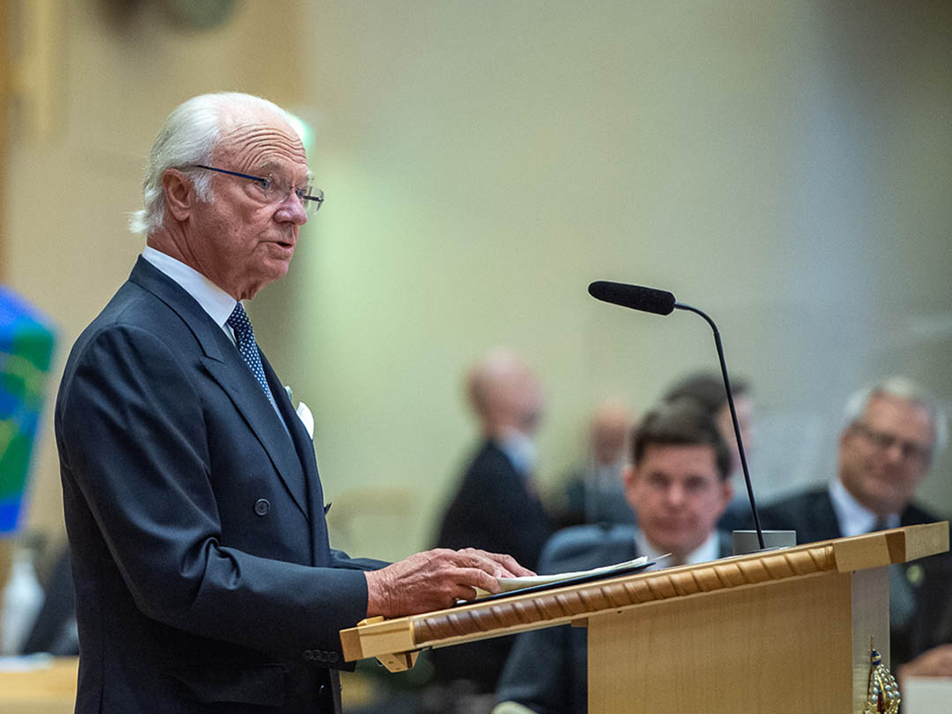 Before the ceremony, The King, The Queen, The Crown Princess and Prince Daniel were escorted in a horse-drawn cortège from the Royal Palace to the Riksdag building, where they were welcomed on the steps by Speaker Andreas Norlén. 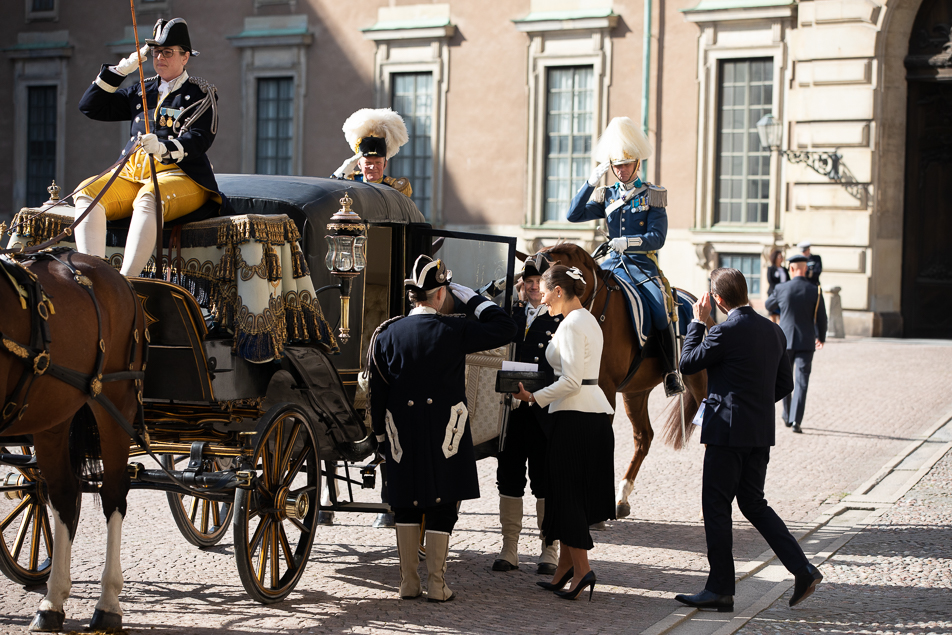 The Crown Princess Couple in the Inner Courtyard before travelling to the Riksdag building. Photo: Sara Friberg/The Royal Court of Sweden 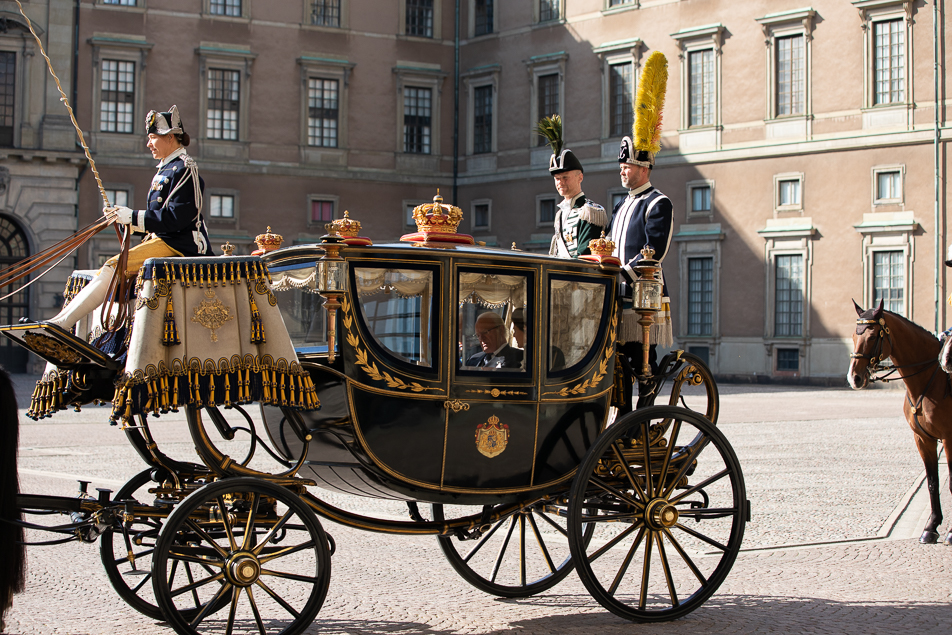 The King and Queen leave the Royal Palace in one of the Royal Stables' carriages. Photo: Sara Friberg/The Royal Court of Sweden

On Riksplan, grenadiers from the Life Guard paraded and the Army Music Corps performed. 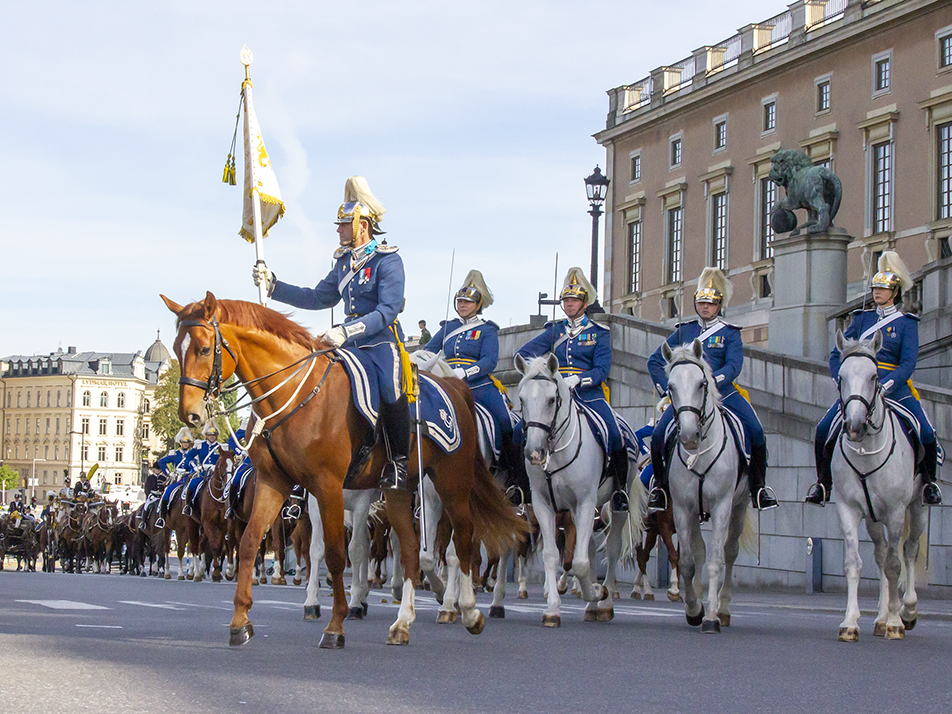 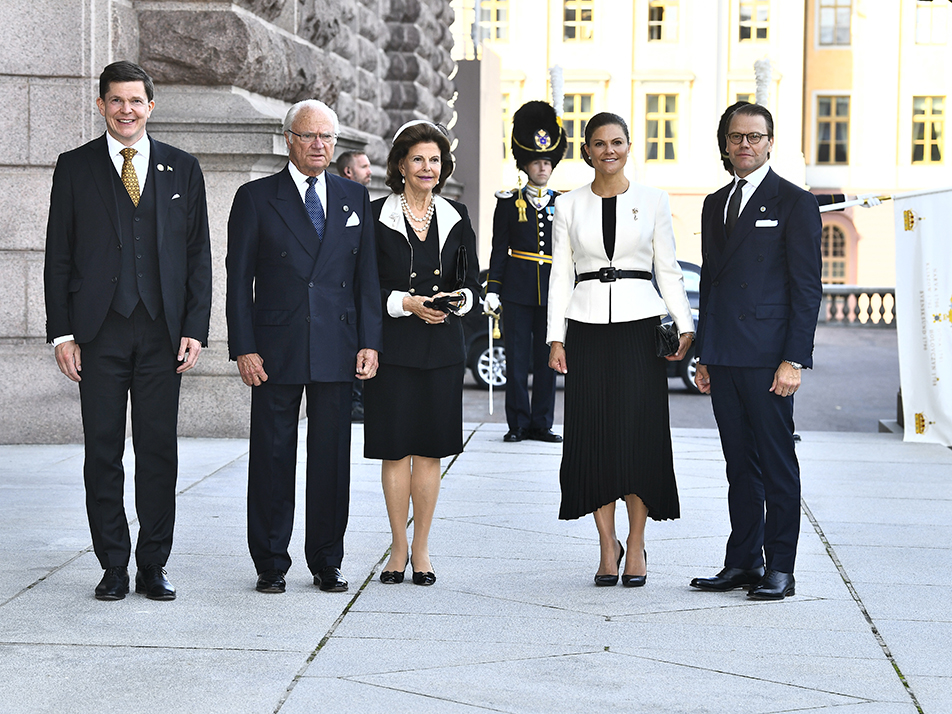 The King and Queen and The Crown Princess Couple are welcomed by the Speaker on the steps of the Riksdag building. Photo: Claudio Bresciani/TT 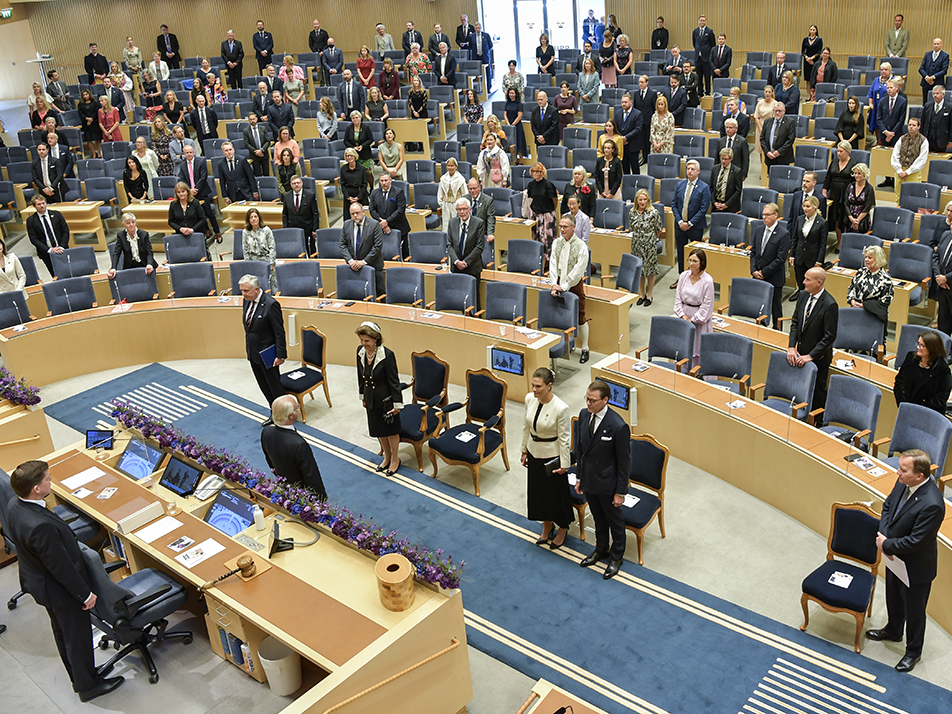 The King greets the members of the Riksdag in the chamber. Photo: Anders Wiklund/TT

In the Riksdag's chamber, the opening ceremony began with the members singing The King's Song. The Speaker then requested that The King should declare the 2021/2022 Parliamentary Session open.

In his speech from the speaker's seat, The King said:

Each one of us has a responsibility to ensure that every child in our country has a safe and secure upbringing, strong values and excellent opportunities to develop.

Distinguished members. The decisions you make in this chamber shape our nation. At every moment, you are building Sweden's future.

I wish you – the elected representatives of the Swedish people – power, courage and wisdom in the important work you do.

The King concluded by declaring the 2021/2022 Parliamentary Session open.

The Prime Minister then read the Statement of Government Policy.

During the ceremony, music was performed by Tuva B Larsen and Philip Jalmelid, and by members of the Royal Stockholm Philharmonic Orchestra.

The Opening of the Parliamentary Session concluded with those present singing the national anthem, after which The King and Queen, The Crown Princess Couple, the Speaker, the Prime Minister, the deputy speakers, the Marshal of the Realm and the Secretary General of the Riksdag processed out to the accompaniment of the Grand Marche. 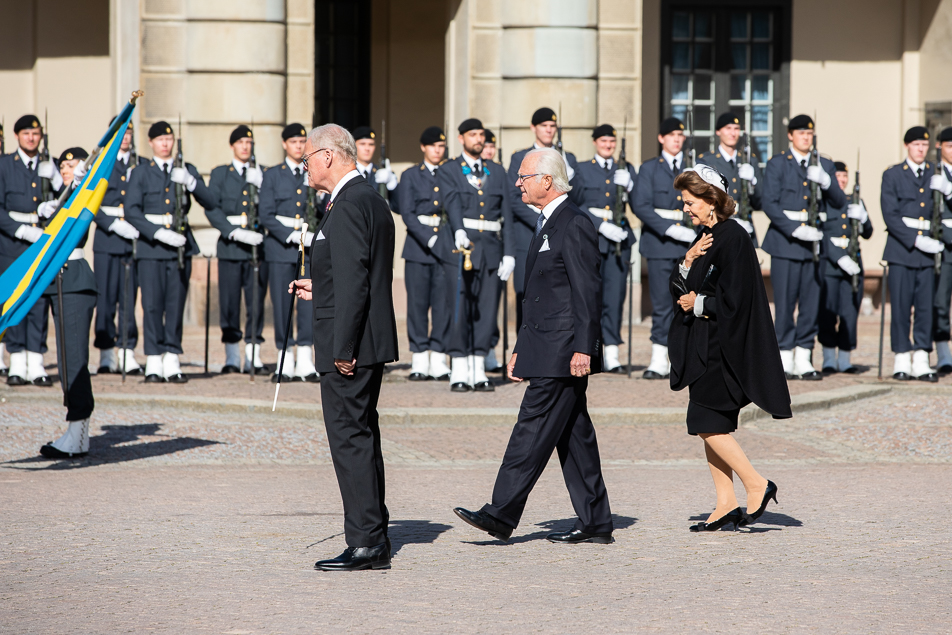 The King and Queen on their way to Stockholm Cathedral for the Riksdag service. Photo: Sara Friberg/The Royal Court of Sweden

The day began with the Riksdag service

Before the ceremony at the Riksdag building, The King and Queen, The Crown Princess Couple, the Speaker of the Riksdag, the Prime Minister, ministers and members of the Riksdag attended a church service in connection with the Opening of the Parliamentary Session in Stockholm Cathedral. 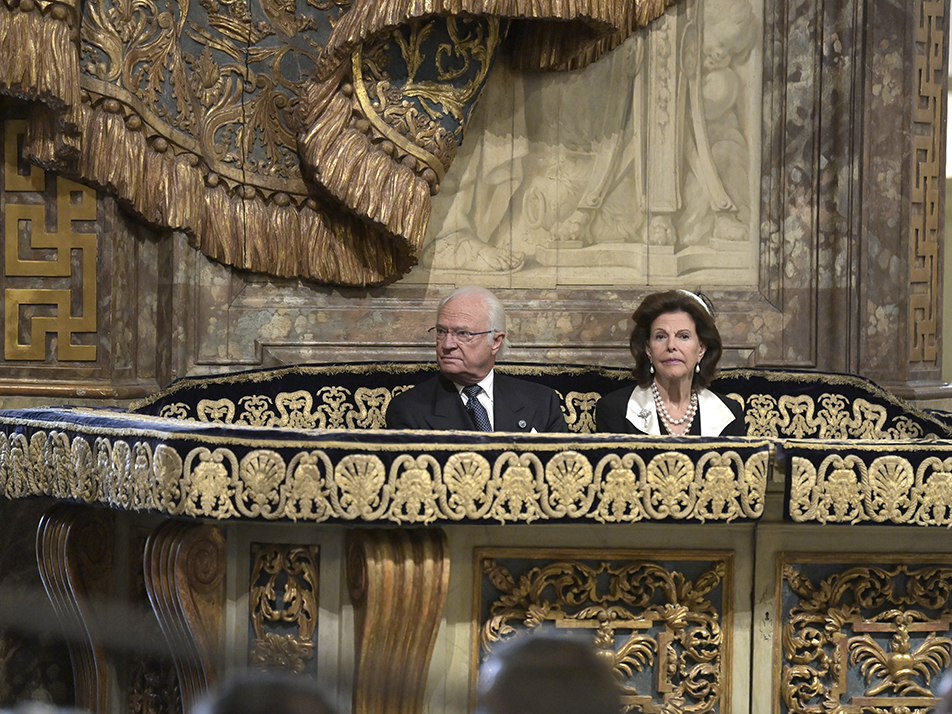 The King and Queen during the Riksdag service in Stockholm Cathedral. Photo: Jessica Gow/TT

The tradition of holding a church service before the Opening of the Parliamentary Session dates back hundreds of years.

The service was led by Dean Marika Markovits and Cathedral Chaplain Kristina Ljunggren.

The speaker at this year's service was Member of the Swedish Academy Tua Forsström.

Music was performed by an ensemble from the Navy Music Corps and St Jakob's Vocal Ensemble.