On Thursday 9 September, The Crown Princess attended the opening of the 16th European Society of International Law (ESIL) conference. The conference took place in the Aula Magna lecture theatre at Stockholm University. 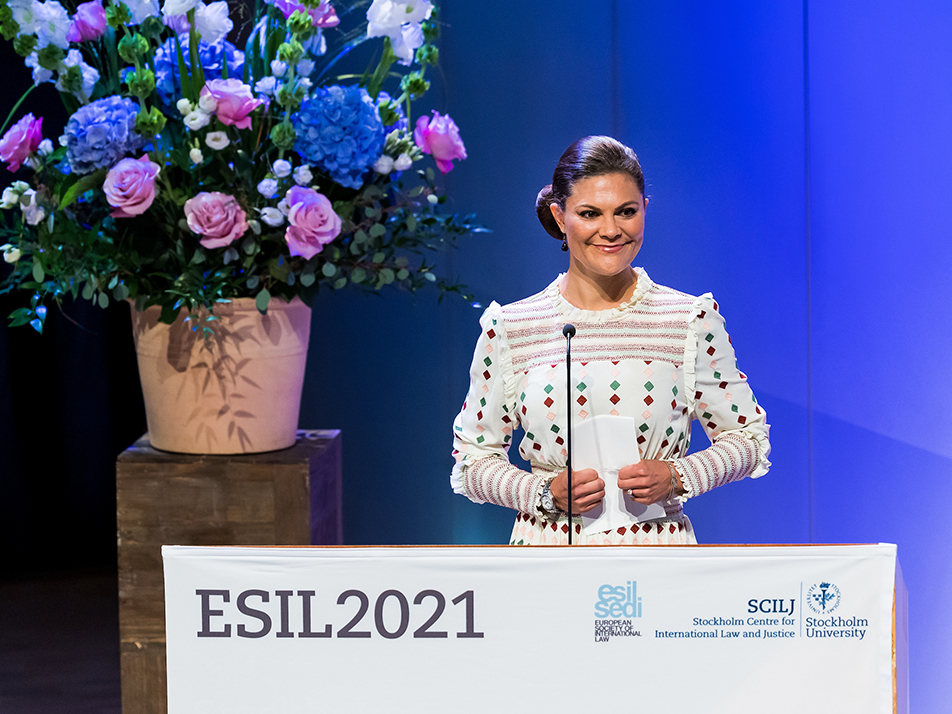 The Crown Princess gave the opening speech at the annual conference of the European Society of International Law (ESIL). Photo: Pelle T Nilsson/SPA

The theme for the conference was 'Changes in international law-making: actors, processes, impact'. Almost 500 people from around the world – more than 200 of whom were in situ in Stockholm – attended the hybrid conference.

Vice-Chancellor of Stockholm University Astrid Söderbergh Widding opened the conference, before welcoming The Crown Princess onto the stage to give an opening address.

In her speech, The Crown Princess said:

In 1972, almost 50 years ago, the UN Conference on Human Environment was held here in Stockholm and the Stockholm Declaration was adopted; the first international document to recognize the right to a healthy environment.

Given this background, Sweden and Stockholm seems to be an ideal setting for this important conference. 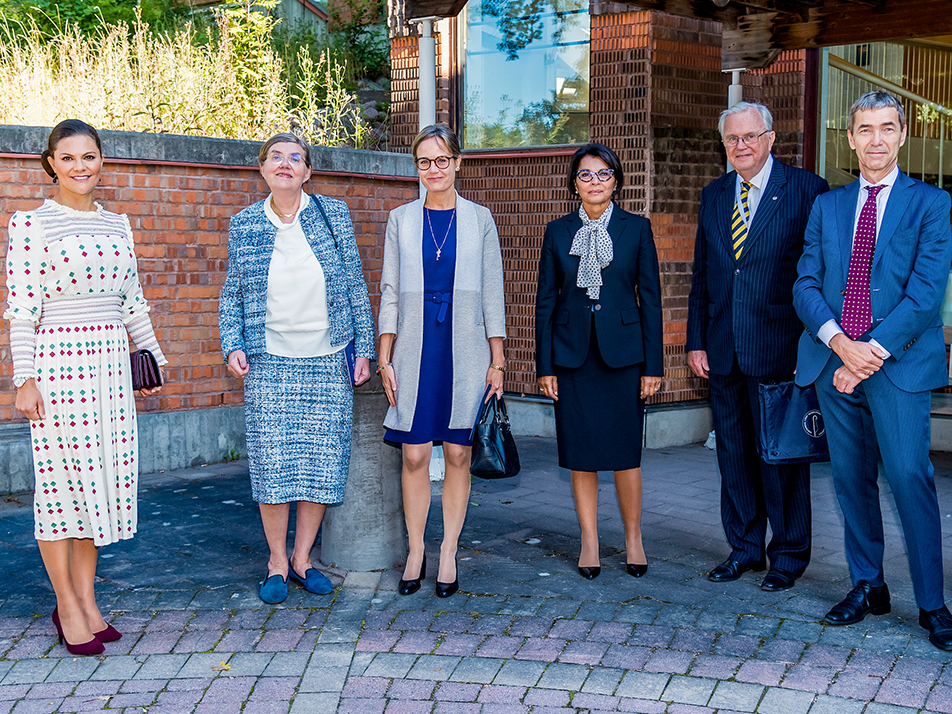 During a break, The Crown Princess had the opportunity to speak with doctoral students. The conference ended with a keynote discussion between Martti Koskenniemi from the University of Helsinki and Sarah Nouwen from the European University Institute on the politics of global lawmaking.

Find out more about ESIL