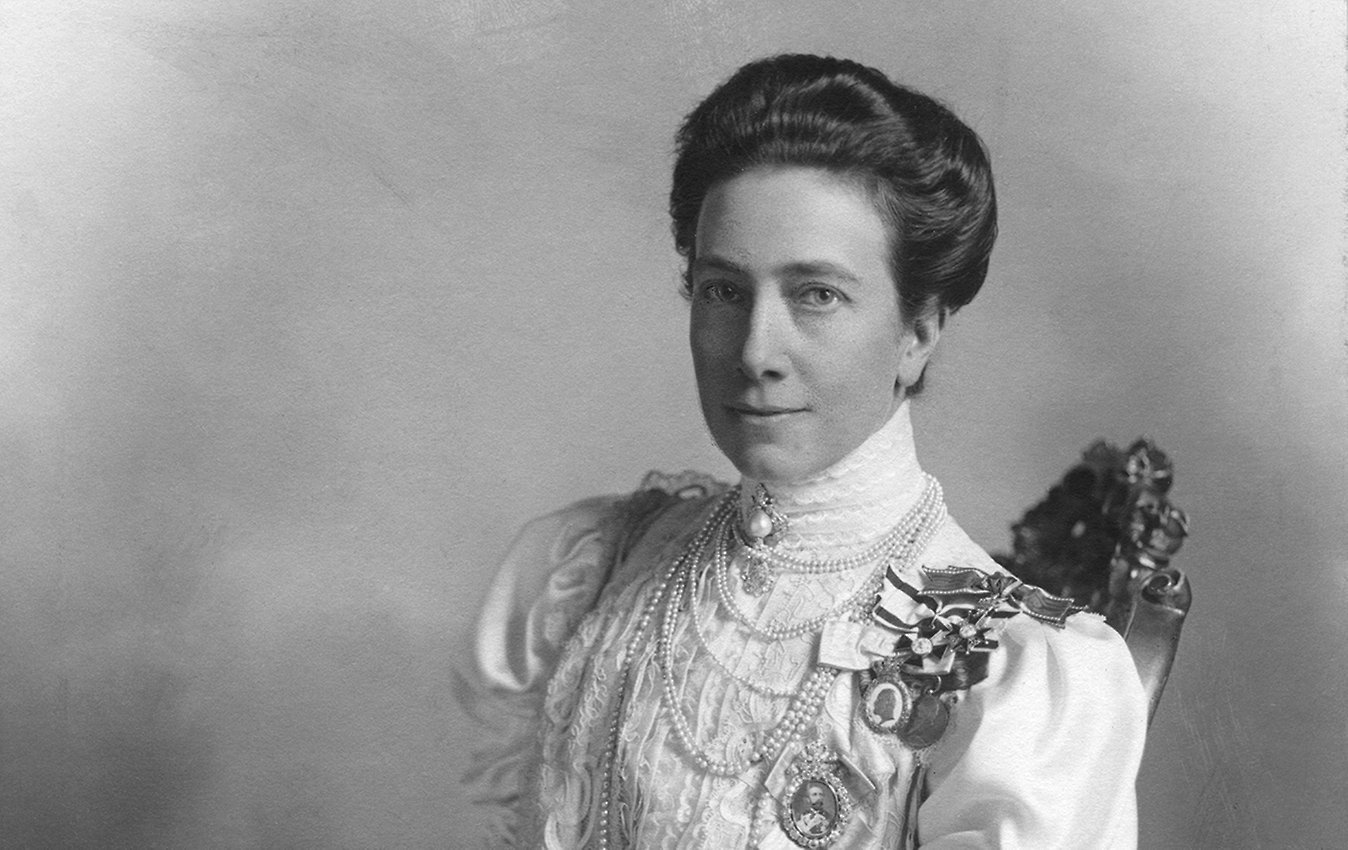 Crown Princess Victoria, photographed by Ernest Florman. The photograph is signed 1905, and was possibly taken that same year. Photo from the Bernadotte Library's archive.

Sophia Maria Victoria (or Viktoria) of Baden was born in August 1862 in Karlsruhe, and was Queen of Sweden from 1907.

She was born Princess of Baden, the daughter of Grand Duke Fredrik of Baden and Louise of Prussia.

Viktoria was the great-granddaughter of King Gustav IV Adolf, and was therefore a descendent of King Gustav Vasa. Her father-in-law King Oskar II wanted to forge stronger links with Germany, and so her marriage was a political alliance in that respect. Viktoria was a cousin of the German Emperor Vilhelm II. When she married Sweden's Crown Prince Gustaf (V) in 1881, she became Duchess of Värmland, the Swedish Crown Princess and eventually Queen of Sweden. In Norway, she was also Crown Princess until the dissolution of the union in 1905.

Due to her weak health, she spent the latter part of her life abroad, particularly in Italy where she died in April 1930. 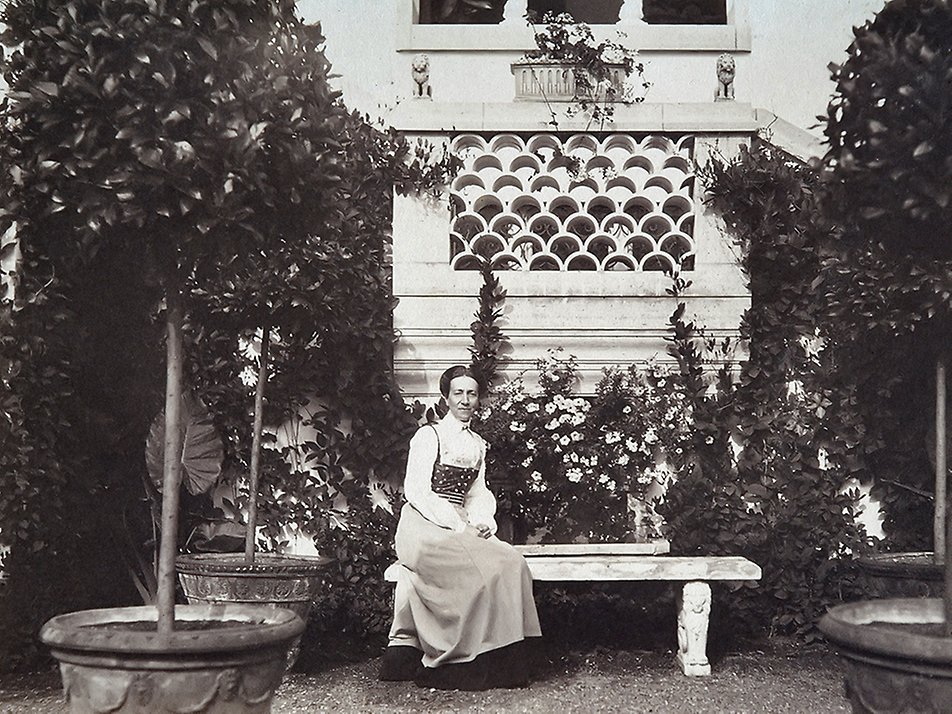