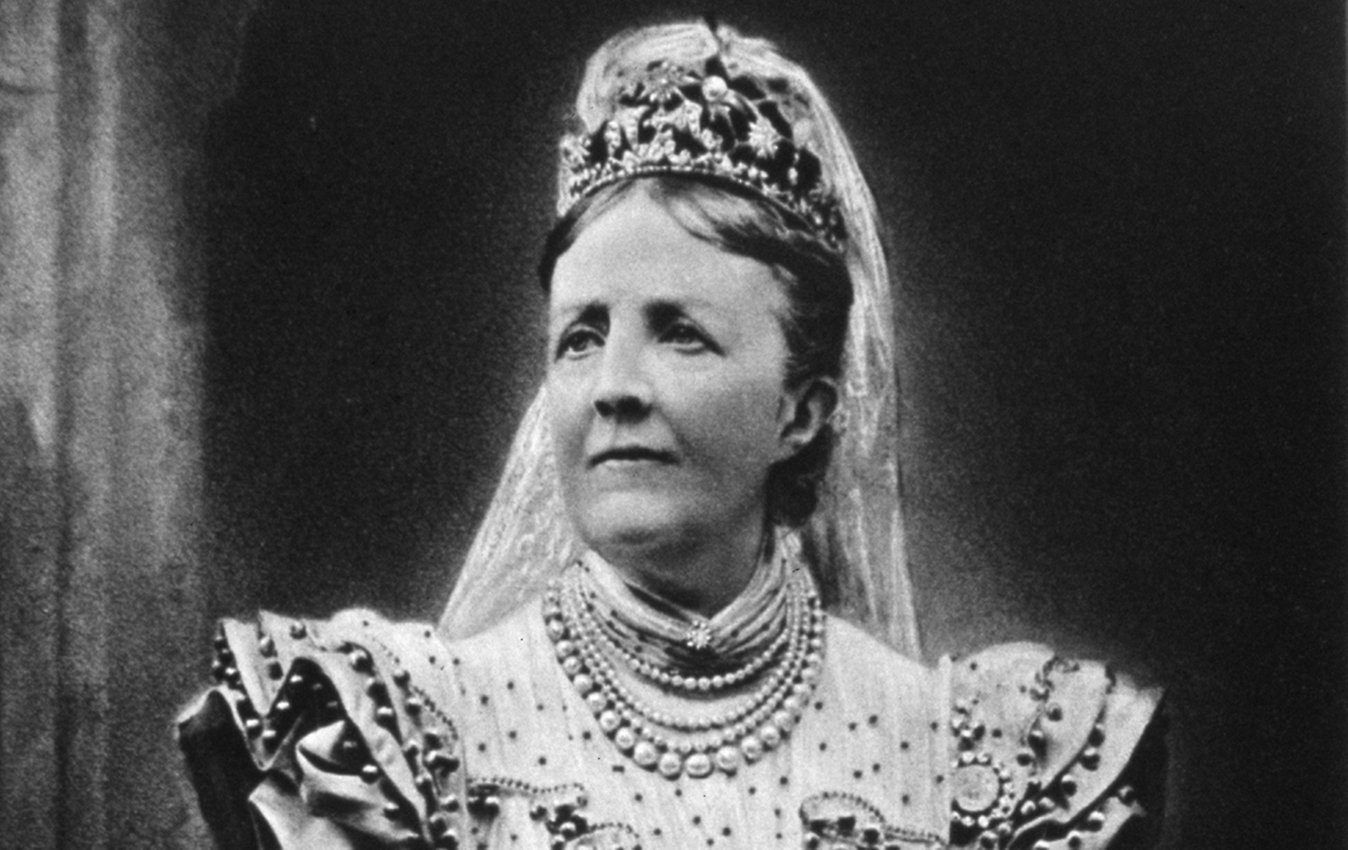 Queen Sofia. The image has been cropped. Photo from the Bernadotte Library's archive.

Sofia of Nassau's full name was Sofia Vilhelmina Mariana Henrietta. She was born in July 1836 at Biebrich Palace in the Duchy of Nassau, the daughter of Duke Vilhelm I of Nassau and Pauline of Württemberg.

Sofia's education focused on history, languages and music. After her mother died in the summer of 1856, she stayed with her older half-sister Marie at the palace of Monrepos. There, she met Prince Oskar (II). They were engaged in September 1856, and on 6 June 1857 they were married at Biebrich Palace.

Karl XV died in September 1872, and Oskar II become King of Sweden. Sofia was crowned Queen of Sweden and Norway alongside her husband in May 1873 in Stockholm and in July of the same year in Trondheim.

As a result of her weak health and her deep religiousness, she devoted her life to extensive charity work, including by initiating Sweden's first nursing training and establishing Sophiahemmet Hospital.

Following King Oskar's death in 1907, Queen Sofia withdrew from public life. Her last official engagement was on 3 December 1913, when 15 students were enrolled as Sophia Sisters. She died on 30 December 1913.

Queen Sofia as chair of the Jubilee Committee for combating tuberculosis. The committee was established on 22 October 1897 to administer the Swedish people's donation of 2.2 million kronor that had been raised to pay tribute to King Oskar and Queen Sofia in honour of King Oskar's 25th jubilee (18 September 1897). The group is sitting in a room behind the Bernadotte Apartments at the Royal Palace of Stockholm. Photo from the Bernadotte Library's archive.