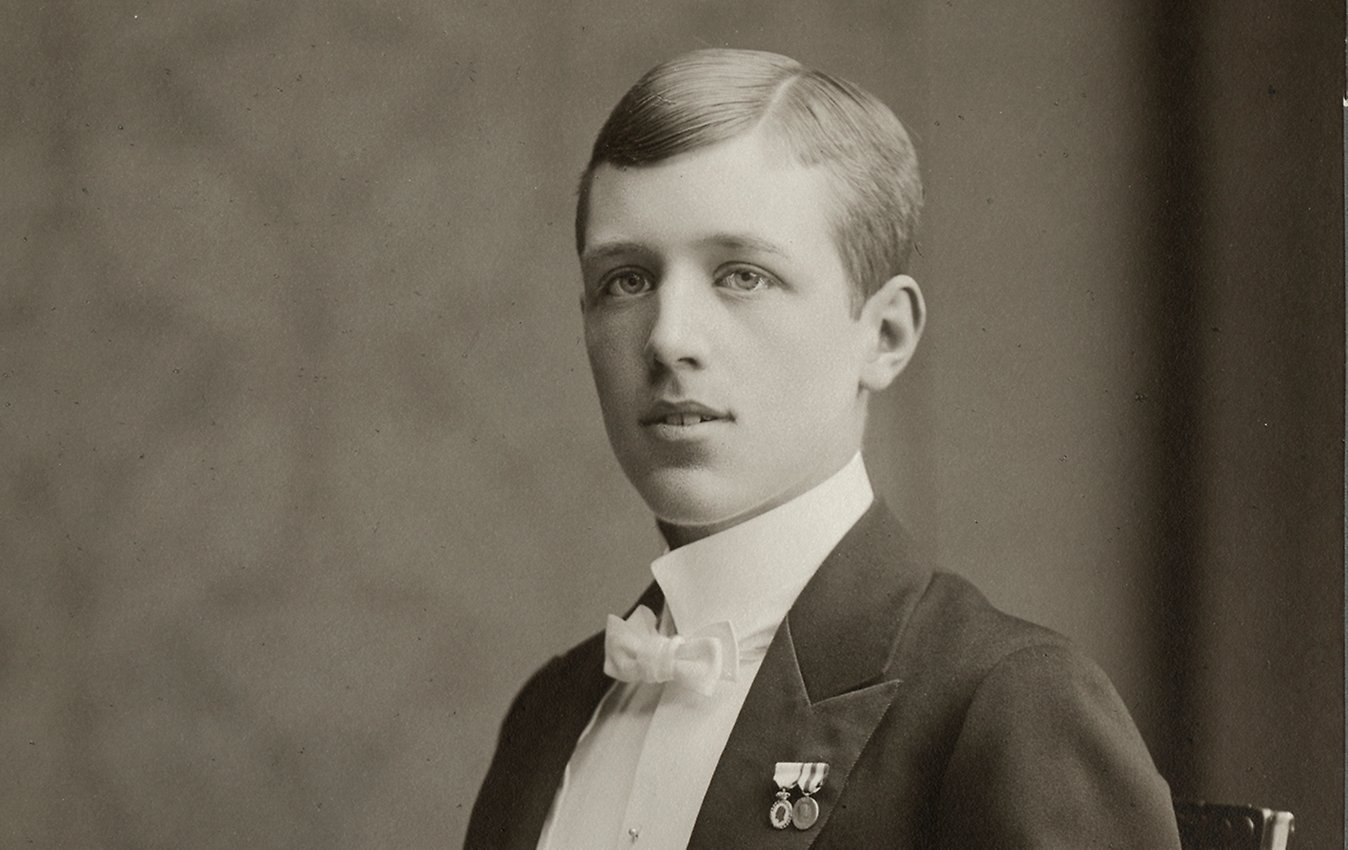 Prince Erik, photographed by Ernst Florman in 1907. Photo from the Bernadotte Library's archive.

Erik Gustaf Ludvig Albert was born Prince of Sweden and Norway and Duke of Västmanland at the Royal Palace of Stockholm in April 1889. He was the youngest son of Gustaf (V) and Viktoria of Baden.

Erik was an epileptic and suffered from a mild learning disability, which is thought to have been caused by the strong medication taken by his mother while pregnant. He therefore lived an extremely secluded life, and very rarely attended large social gatherings.

Among other places, Erik lived at Balingsholm Farm in Huddinge and from the end of 1917 at Drottningholm Palace in anticipation of Haga Palace being prepared as a new home for him. Before the necessary renovations could be completed at Haga Palace, Prince Erik died in 1918 of Spanish flu. 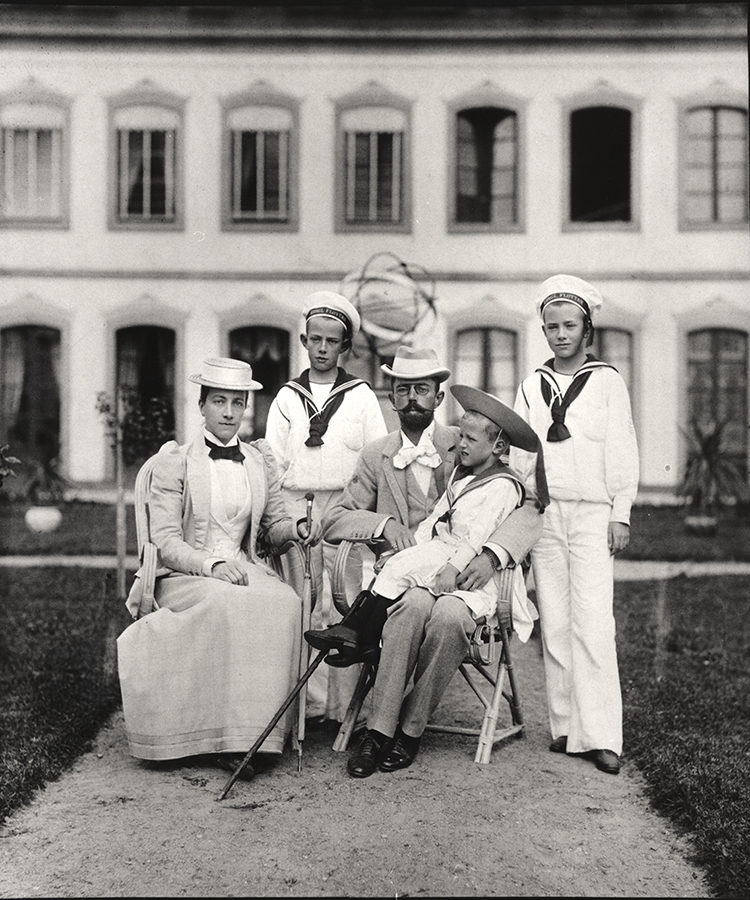 King Gustaf V and Queen Victoria together with their three children, Princes Gustaf Adolf, Wilhelm and Erik. Photographed in the mid-1890s. Photo from the Bernadotte Library's archive.