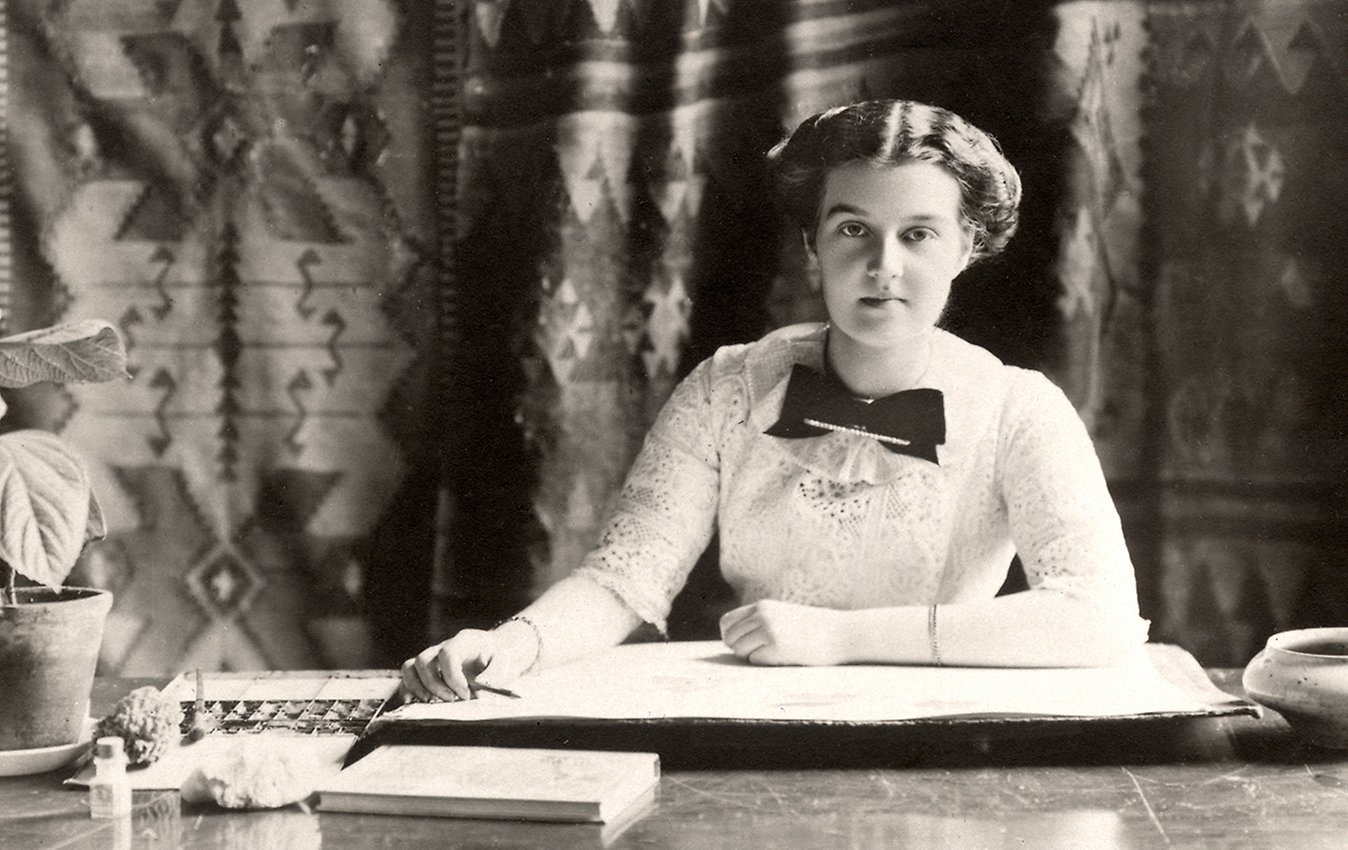 Princess Maria photographed in 1911. The Princess taught drawing and painting at the School of Industrial Art (now the University College of Arts, Crafts and Design). Photo from the Bernadotte Library's archive.

Maria Pavlovna was the daughter of Grand Duke Paul Alexandrovich of Russia and Princess Alexandra of Greece, and a cousin of the last Tsar.

She married Prince Wilhelm of Sweden in Saint Petersburg in 1908. Their marriage was not a happy one, and was dissolved in March 1914. They had one child, a son called Lennart.

Maria returned to her home country in the same year as their divorce. In the summer of 1917 she married Prince Sergei Mikhailovich Putyatin.

After the revolution, she fled to Paris together with her husband, whom she divorced in 1923. During her time in Paris, she opened an art studio. She later lived in New York, where she worked as a fashion consultant for a department store. She also lived in South America for a time, where she devoted herself to photography. Towards the end of her life, she lived in Konstanz, West Germany, near her son Lennart and his family. 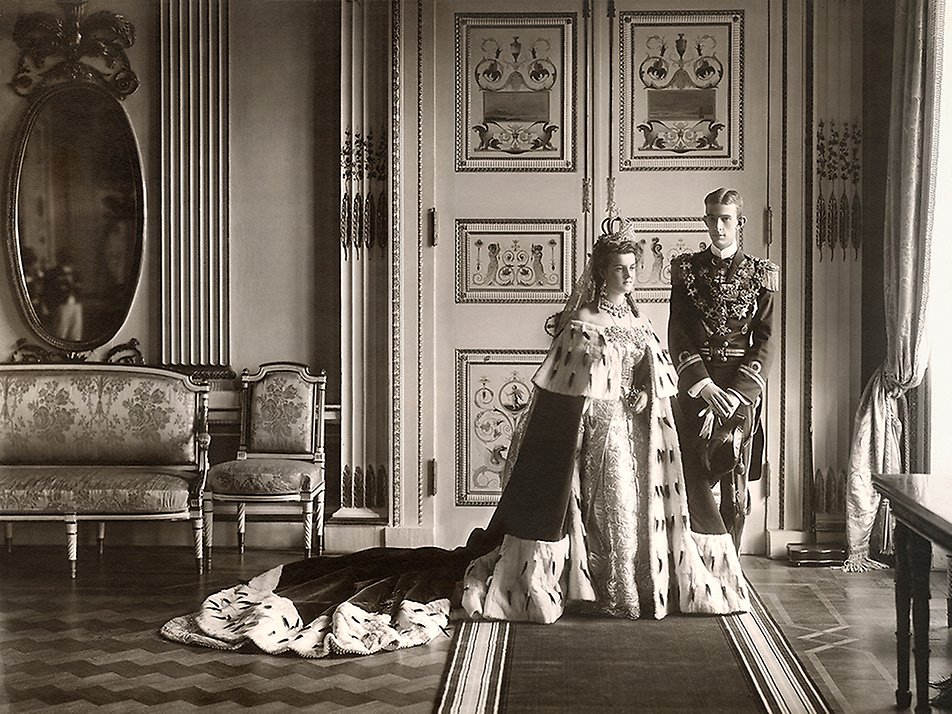 Prince Wilhelm and Maria Pavlovna's wedding photograph from May 1908. The wedding took place at Catherine Palace in Tsarskoye Selo. Photo from the Bernadotte Library's archive.