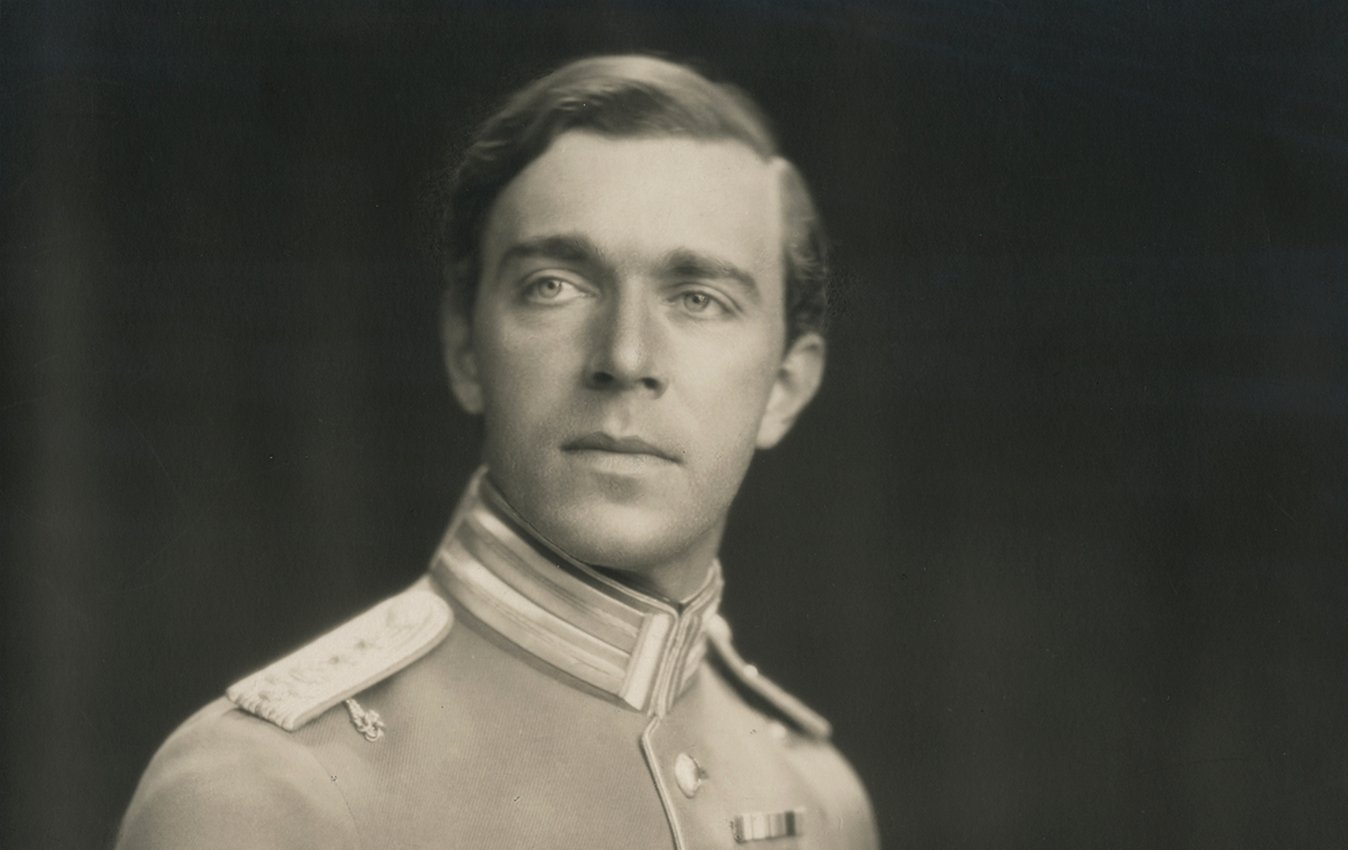 Portrait of Gustaf Adolf dating from 1933. Photo from the Bernadotte Library's archive.

Gustaf Adolf Oscar Fredrik Arthur Edmund, known as Edmund within the family, was born in April 1906 at the Royal Palace of Stockholm, and was the oldest son of the then Swedish Heir Apparent Gustaf (VI) Adolf and his first consort, Princess Margareta of Great Britain. Prince Gustaf Adolf was Duke of Västerbotten.

He attended Lundsberg School in Värmland from 1918 until 1924, and took his school exams at the Royal Palace of Stockholm in 1925. He then carried out his officer's training and studied at Uppsala University.

In 1932 he married Sibylla of Saxe-Coburg and Gotha, and they had five children: Margaretha, Birgitta, Désirée, Christina and Carl (XVI) Gustaf.

Gustaf Adolf participated in the 1936 Olympic Games with the Swedish riding team, but was disqualified when his horse Aida refused to jump over the 13th obstacle in the show jumping event. The Prince was also an elite fencer with sabre and épée. In terms of prizes and awards, he is still by far the most successful royal Swedish athlete.

The Prince was killed in an air crash at Kastrup Airport in 1947. 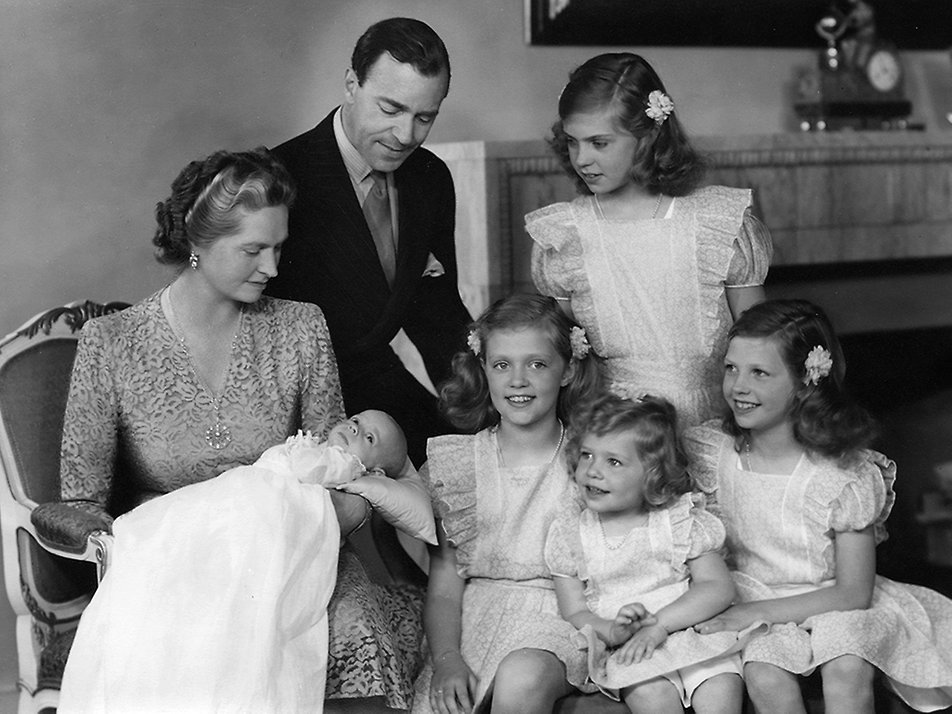 A portrait of the heir to the throne and his family, 1946. From left: Princess Sibylla with the young prince, Heir Apparent Gustaf Adolf, Princess Margaretha (standing), Princess Birgitta, Princess Christina and Princess Désirée. Photo: Atelier Jaeger