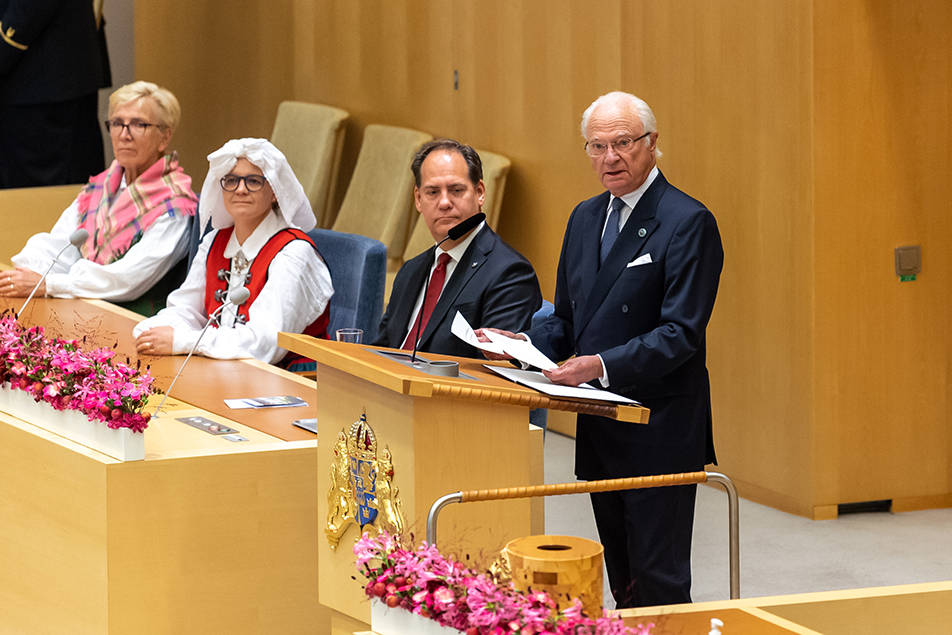 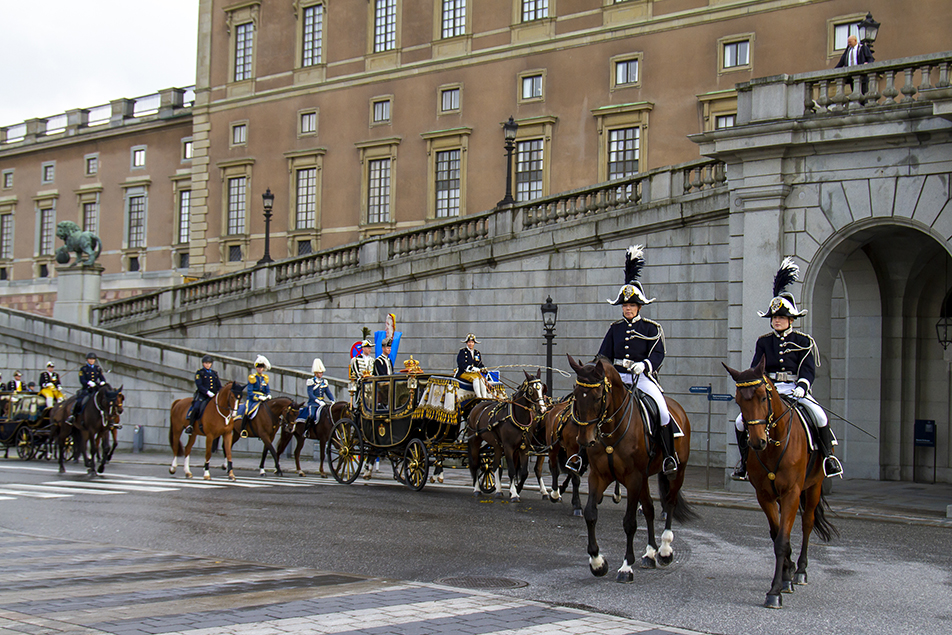 The Royal Family travelled in a horse-drawn cortège from the Royal Palace to the Riksdag building, where they were welcomed by Speaker Andreas Norlén. 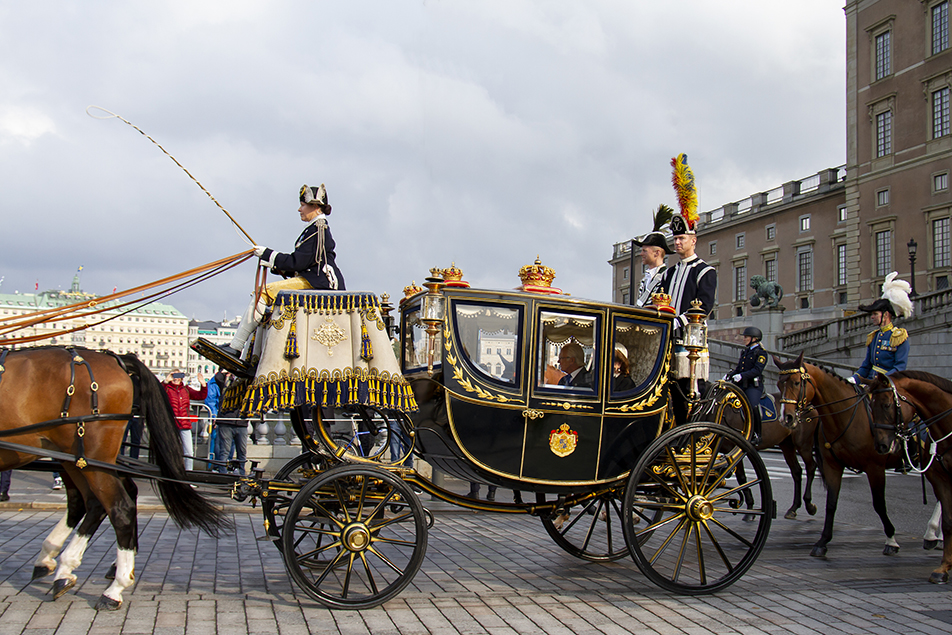 The King and Queen arrive at Norrbro in one of the Royal Stables' carriages. Photo: Henrik Garlöv/The Royal Court of Sweden 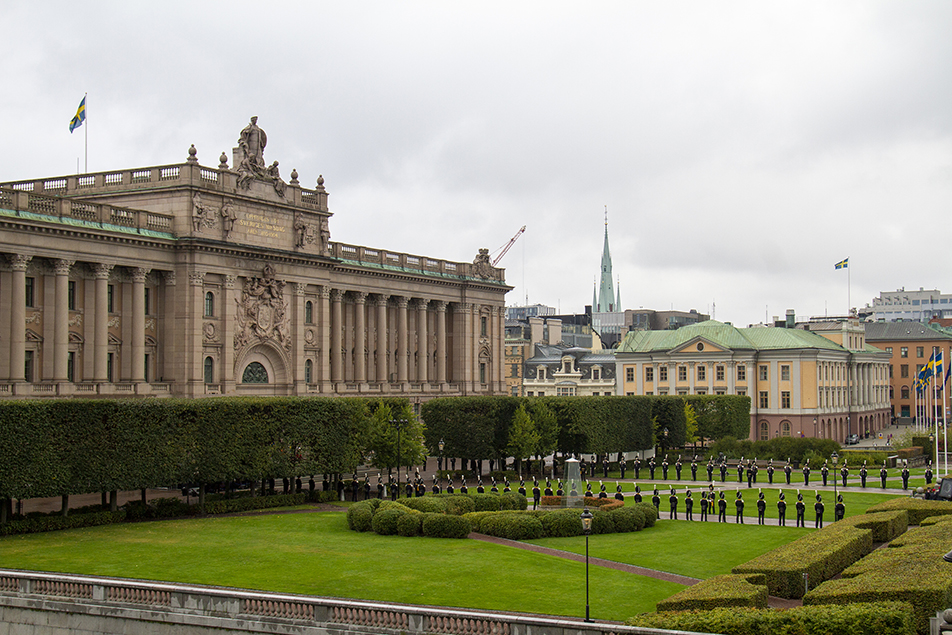 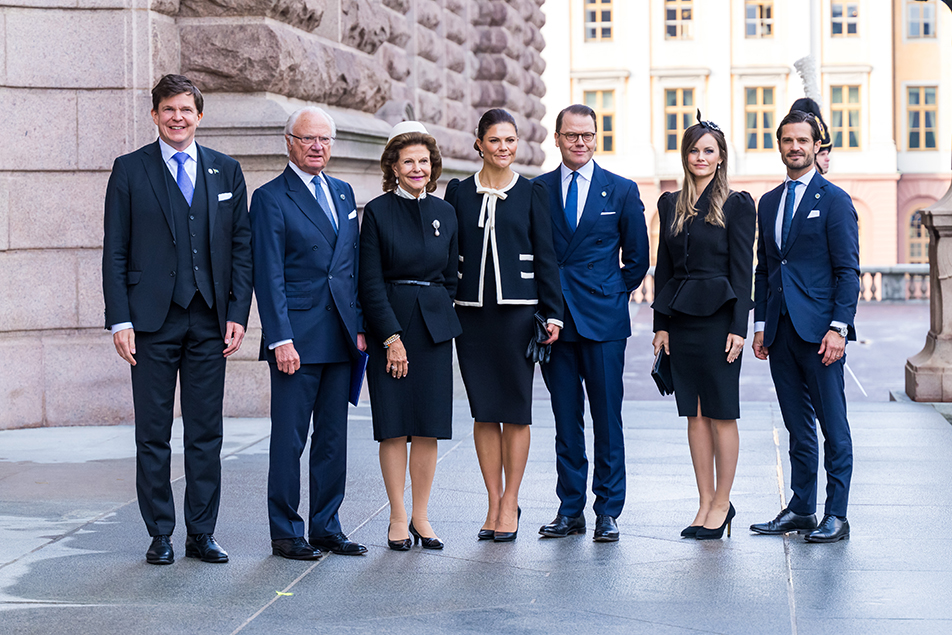 The King and Queen and The Crown Princess Couple were led into the assembly hall by the Speaker and the Prime Minister, to the accompaniment of Linné's Celebratory March.

The ceremony then began with the assembled members of the Riksdag singing The King's Song.

The Speaker then requested that HM The King should open the 2022/2023 Parliamentary Session.

The King concluded his speech by declaring the Parliamentary Session open.

During the ceremony in the parliamentary chamber, music was performed by Susanna Stern, Adolf Fredrik's Girls' Choir and the Navy Music Corps.

The Opening of the Parliamentary Session concluded with those present singing the national anthem, after which The King and Queen, The Crown Princess Couple, the Speaker, the Prime Minister, the deputy speakers, the Marshal of the Realm and the Secretary General of the Riksdag processed out to the accompaniment of the Grand Marche.

The Riksdag service in Stockholm Cathedral 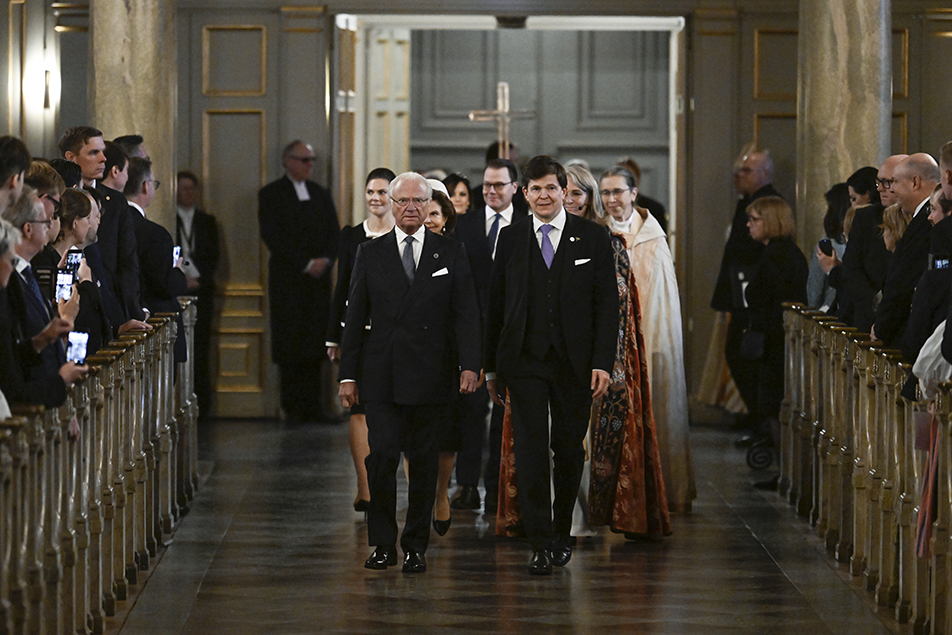 The Royal Family were escorted into Stockholm Cathedral in Gamla Stan by the Speaker of the Riksdag, Dean Marika Markovits and Cathedral Chaplain Kristina Ljunggren. Photo: Pontus Lundahl/TT

The speaker at this year's Riksdag service was Archbishop Antje Jackelén. 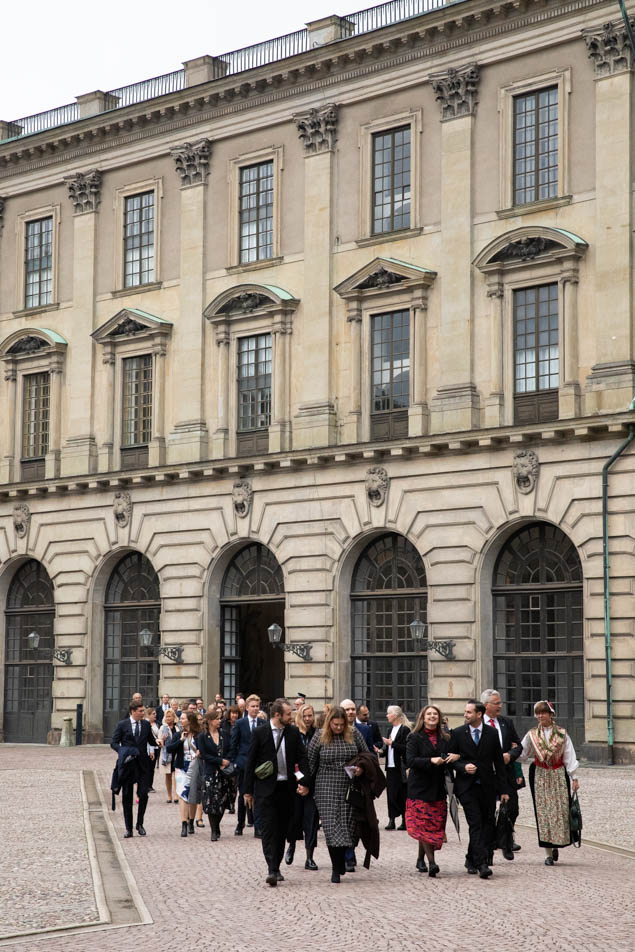 After the service, the members of the Riksdag walked from Stockholm Cathedral to the Riksdag building via the Royal Palace. Photo: Sara Friberg/The Royal Court of Sweden