On 25 May, The King received four new ambassadors during formal audiences at the Royal Palace. 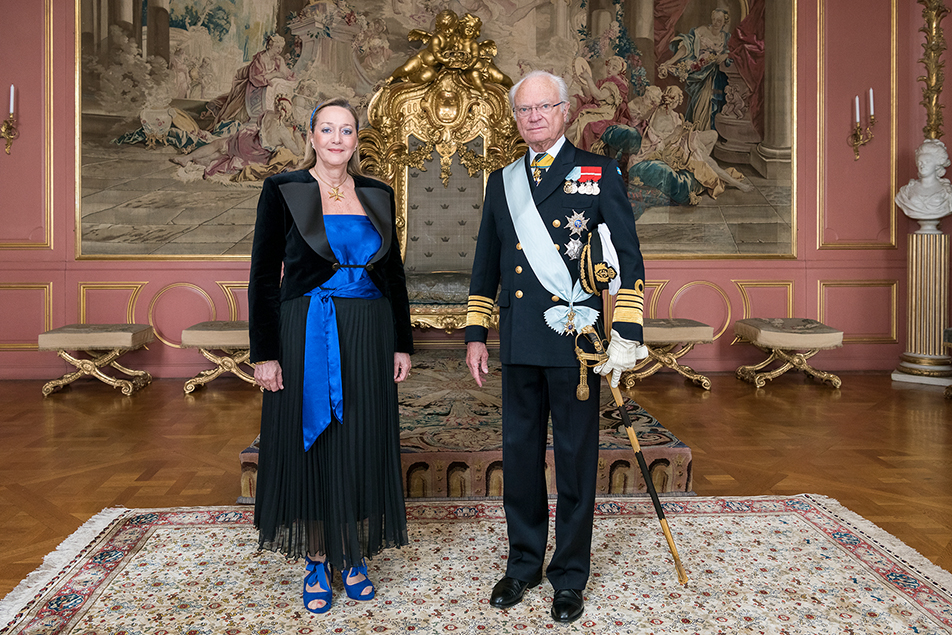 During the audience with Jordan's ambassador, The King wore the Royal Jordanian Order of Al-Hussein bin Ali with Chain. 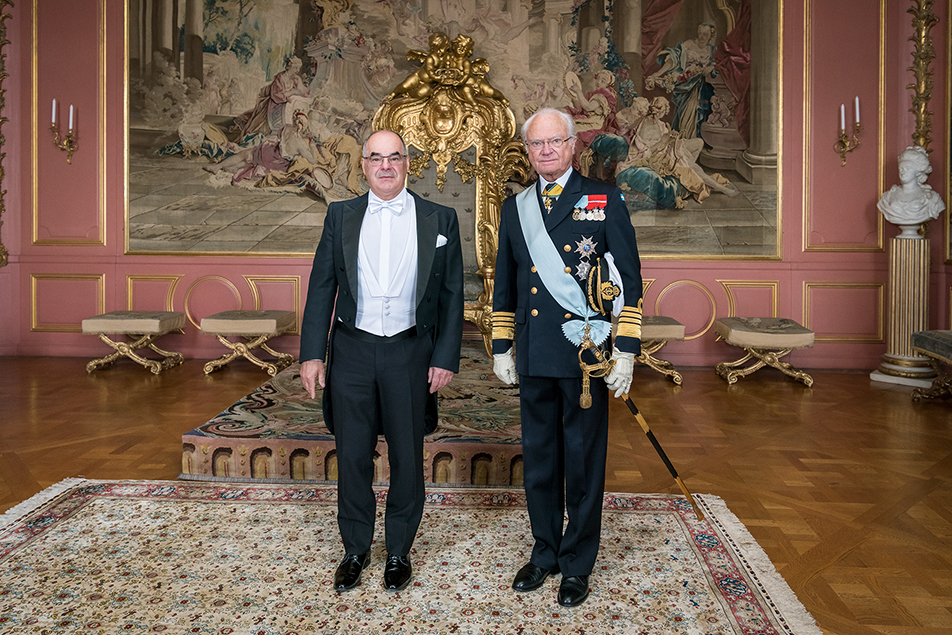 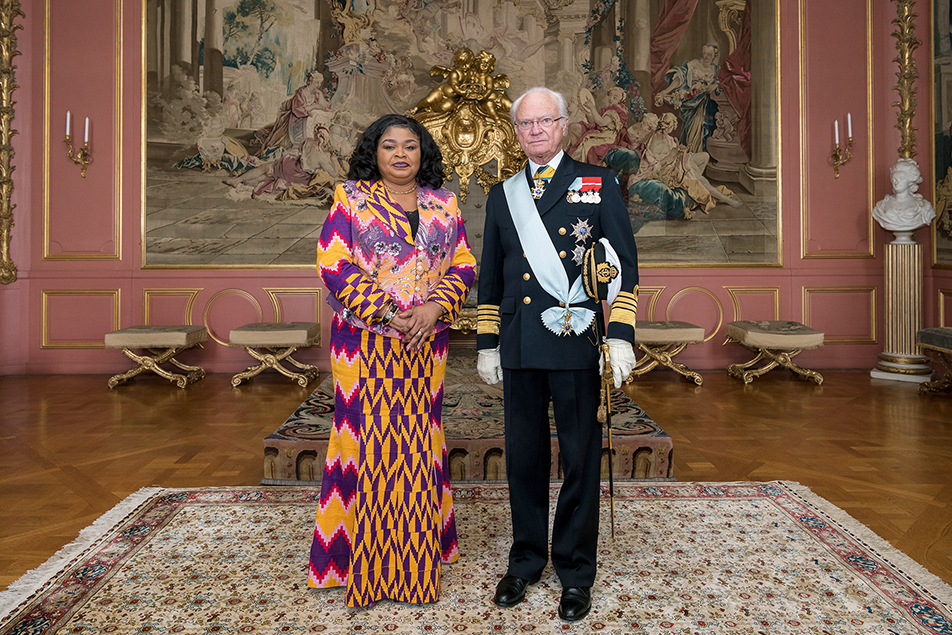 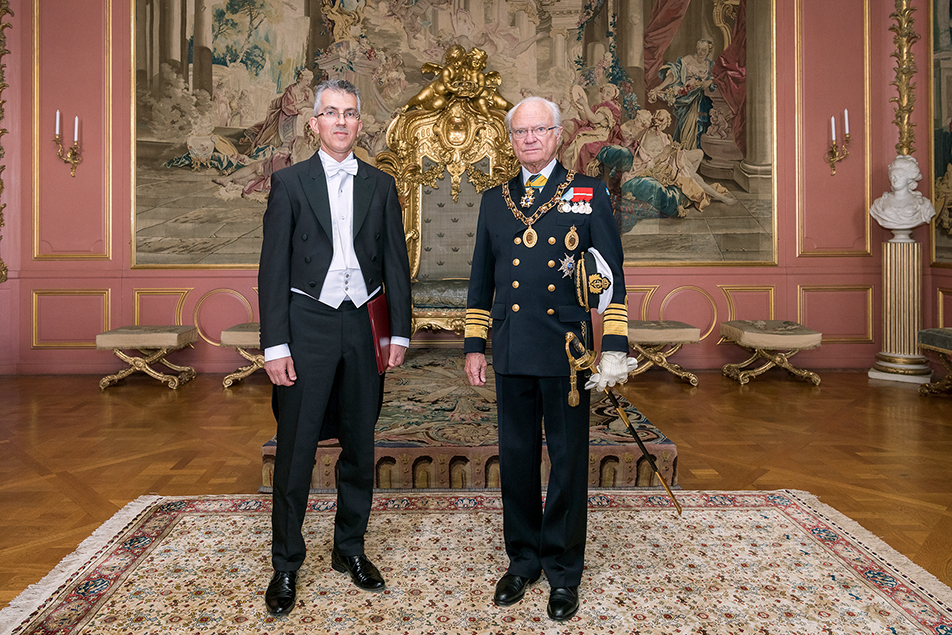 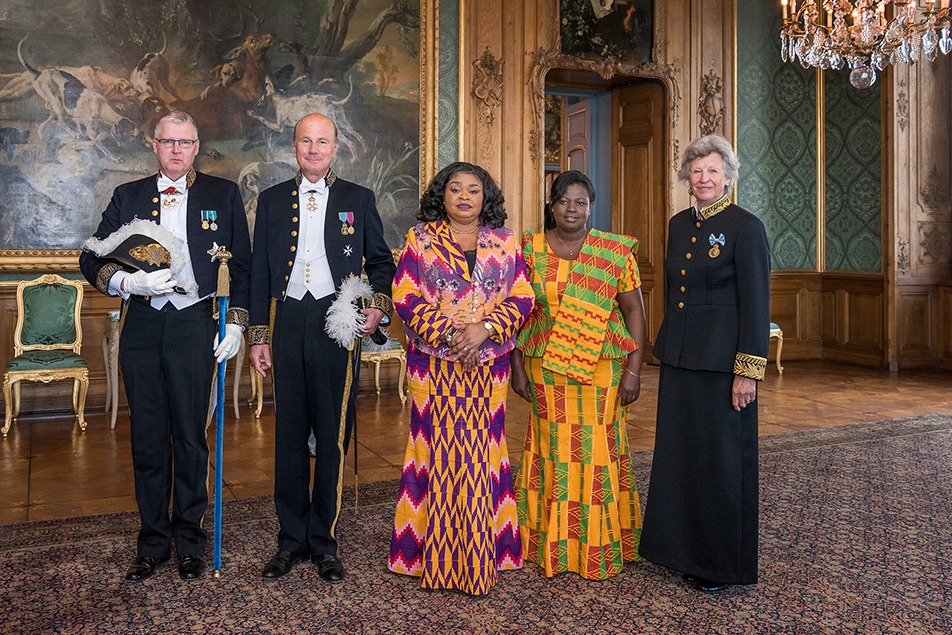 Ghana's ambassador Sylvia Naa Adaawa Annoh with her attendant Elizabeth Sarpomaa Dodoo, together with officials from the Office of Ceremonies and the Ministry for Foreign Affairs. Photo: Sanna Argus Tirén/The Royal Court of Sweden