On Tuesday 3 May, The King held a farewell audience with the Holy See's Apostolic Nuncio, Archbishop James Patrick Green. 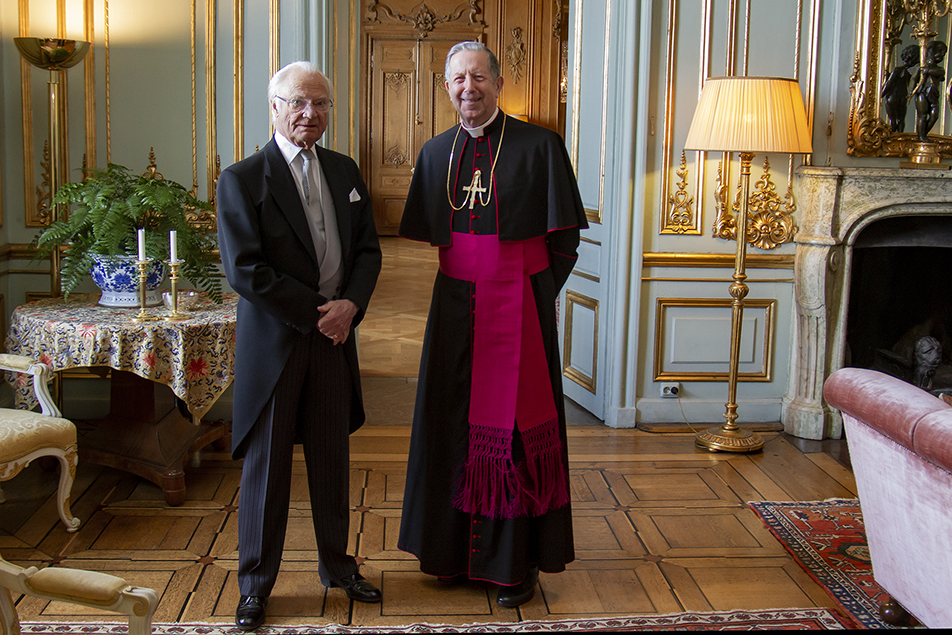 The King received Archbishop James Patrick Green in Princess Sibylla's Apartments at the Royal Palace ahead of his departure from Sweden.