The King holds an audience with the Prime Minister

On Wednesday 2 March, The King held an audience with Prime Minster Magdalena Andersson at the Royal Palace. 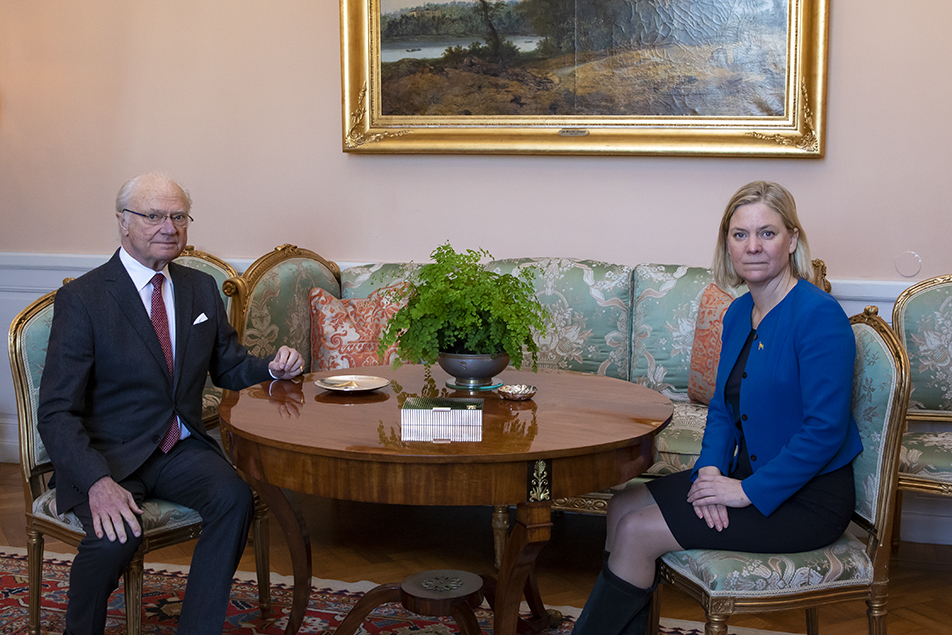 The King and the Prime Minister at the Royal Palace. Photo: Henrik Garlöv/The Royal Court of Sweden

During the meeting the Prime Minister gave The King an update about the Swedish Government's actions in connection with the Russian Federation's invasion of Ukraine.

According to the Constitution Act, the Prime Minister is responsible for ensuring that the Head of State is kept informed about matters concerning the nation. This takes place at Councils of State, in which The King, The Crown Princess, the Prime Minister and ministers participate.