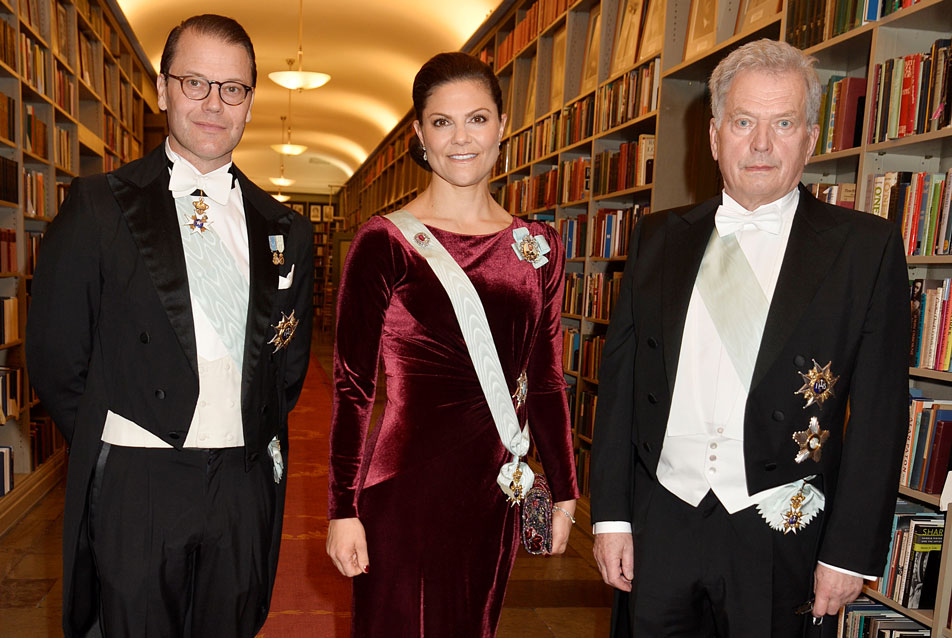 The Crown Princess Couple at the formal gathering with HE the President of the Republic of Finland Sauli Niinistö. Photo: The Royal Swedish Academy of War Sciences

The Royal Swedish Academy of War Sciences is an independent organisation that aims to promote knowledge about the importance of Sweden's defence and security.

This year's formal gathering was held at the Stock Exchange in Stockholm, where The Crown Princess presented the Academy's medals.

The President of Finland was invited to give a speech.

The gathering concluded with a dinner at Karlberg Palace.

The Royal Swedish Academy of War Sciences is an independent non-governmental organisation that aims to promote knowledge about the importance of Sweden's defence and security.

The predecessor of the Royal Swedish Academy of War Sciences, the Swedish Military Society, was founded on 12 November 1796. The society initially consisted of four sections: the tactical, artillery, fortification and mathematical sections. A naval section was established in 1804, and the society thus covered the entire armed forces.

The King is patron of the academy.