On Tuesday 26 October, The King received four new ambassadors during formal audiences at the Royal Palace. 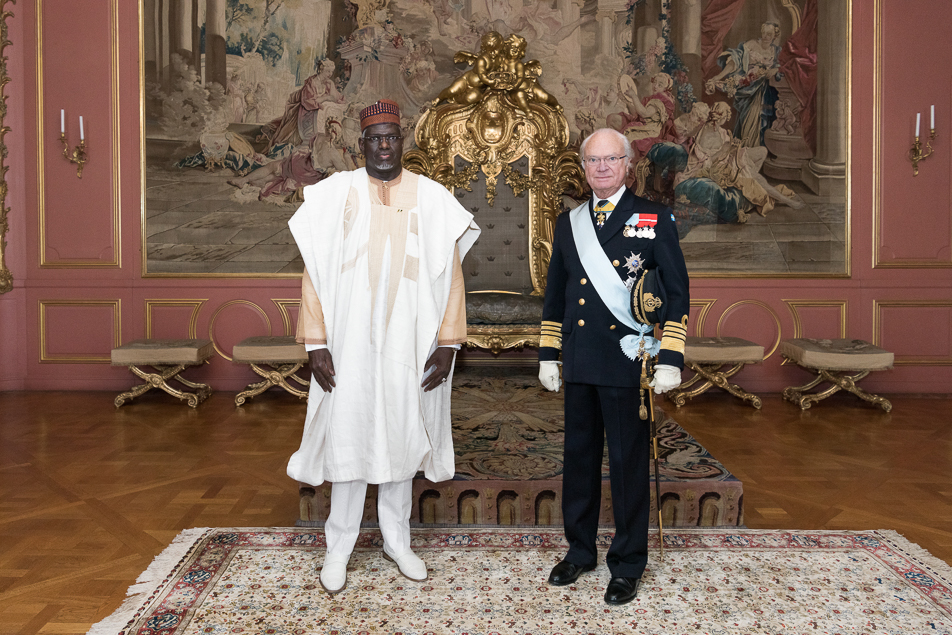 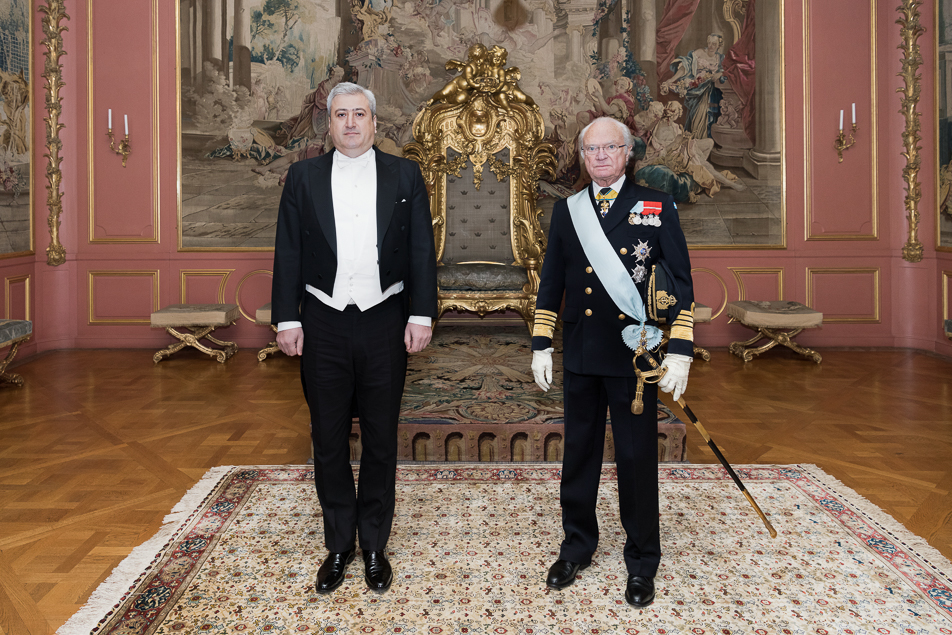 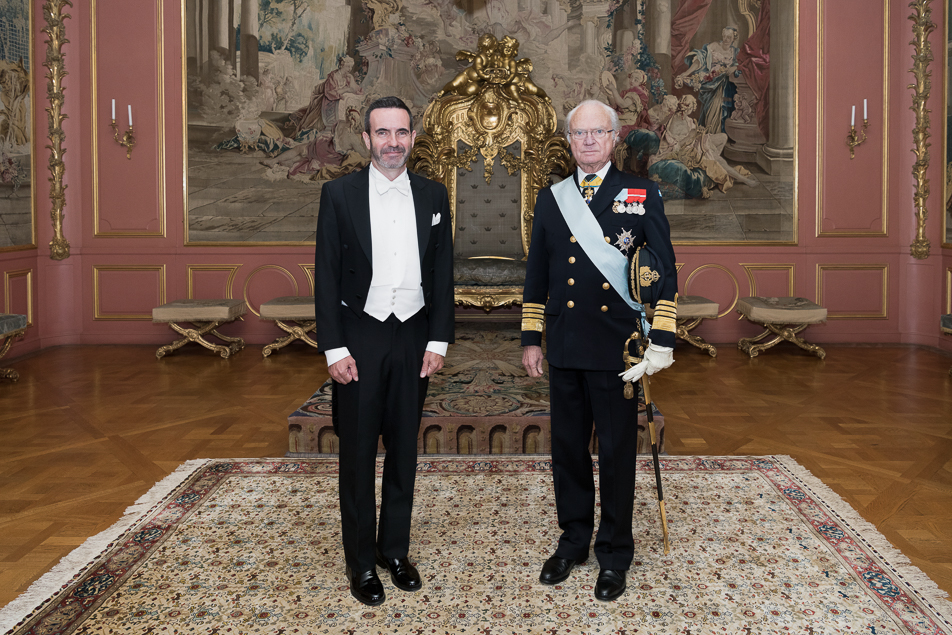 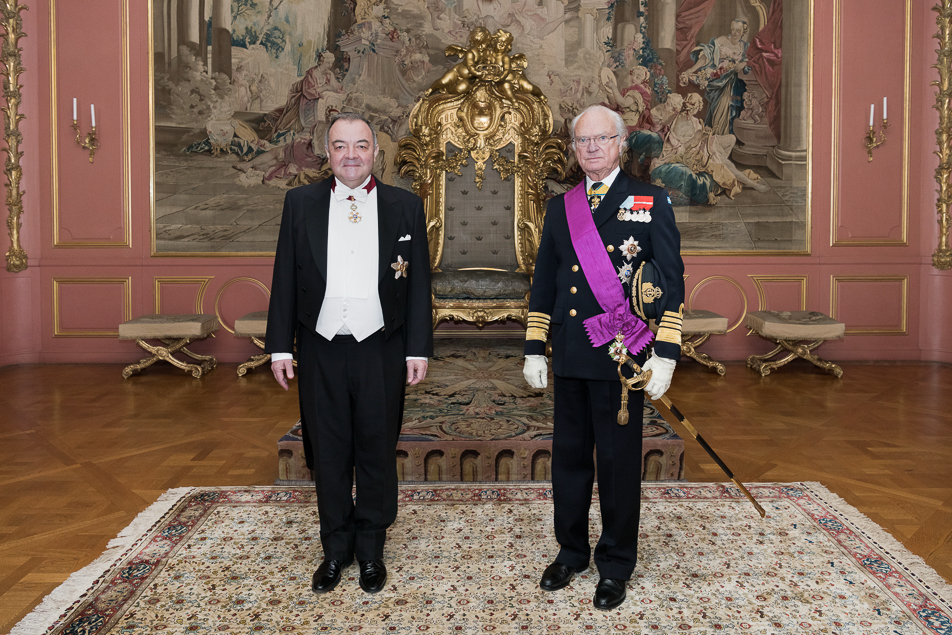 The Belgian ambassador Carl Peeters is welcomed by The King. The King wore the Grand Cross of the Order of Leopold during the audience. Photo: Lisa Raihle Rehbäck/The Royal Court of Sweden