The Crown Princess attends a symposium on peace and conflicts

On Thursday 14 October, The Crown Princess attended a symposium at Uppsala University to commemorate the 50th anniversary of the Department of Peace and Conflict Research. 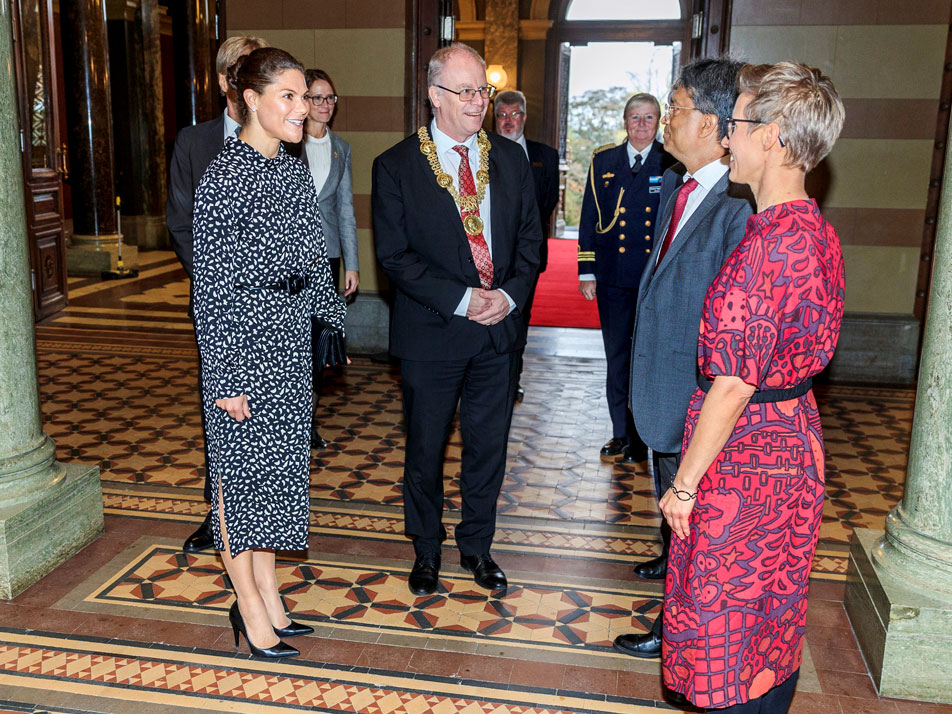 The Crown Princess is welcomed by Vice-Chancellor Anders Hagfeldt, and by Ashok Swain and Lisa Hultman from the Department of Peace and Conflict Research. Photo: Staffan Claesson/TT

The subject of peace and conflict research was first established at Uppsala University in 1971. At that time it was a completely new subject for the university and for Sweden. Since then, more than 50 researchers have completed doctoral degrees and more than 80 people now work at the department.

The department is known internationally for its conflict database, which holds data on all the world's conflicts.

To mark the department's 50th anniversary, a symposium was held which The Crown Princess attended.

During the first part of the symposium, a number of researchers presented their research on some of the main societal challenges. They also spoke about trends within future challenges and within their individual research fields.

The second part saw politicians and representatives from non-governmental organisations discussing their experiences from working in the field and in disaster areas, and reflecting on the relevance of peace research for their work.