The King and Queen celebrate Piteå's and Luleå's 400th anniversaries

On Sunday 26 September, The King and Queen visited Piteå and Luleå to mark the cities' 400th anniversaries. 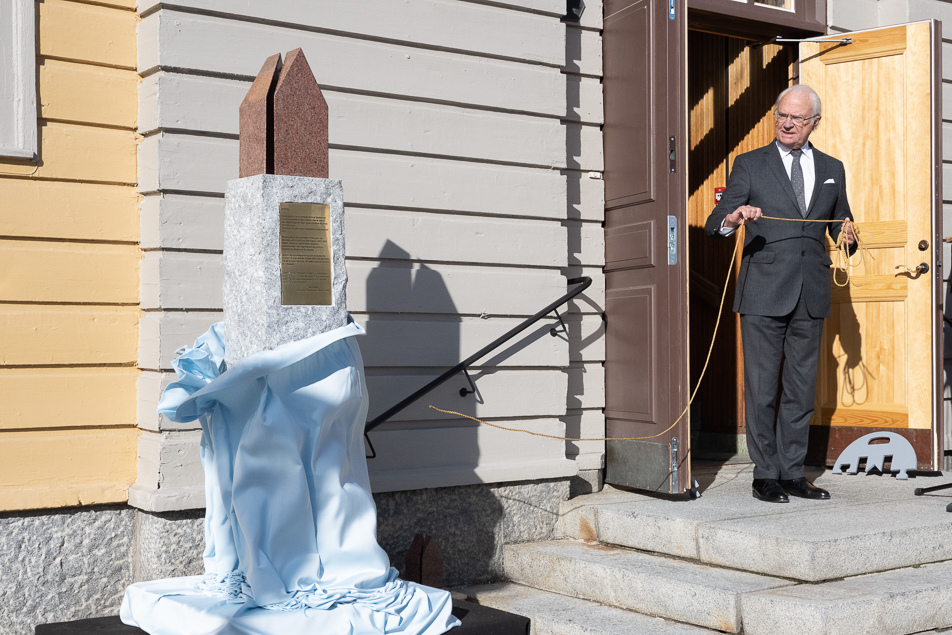 In Piteå, The King unveiled the sculpture Kastal, which was produced in connection with the city's 400th anniversary to mark 100 years of Swedish democracy. Photo: Pelle T Nilsson/SPA

Piteå and Luleå had their town charters granted by King Gustav II Adolf in 1621. Due to the pandemic, the celebrations for the cities' 400th anniversaries have mainly taken place in digital format, and The King and Queen's visit was adapted in line with the current situation.

The day was hosted by County Governor Lotta Finstorp and her husband Christer Dahlén.

The first visit was to the Studio Acusticum concert hall in Piteå, which stages around 200 productions and welcomes approximately 25,000 unique visitors each year. 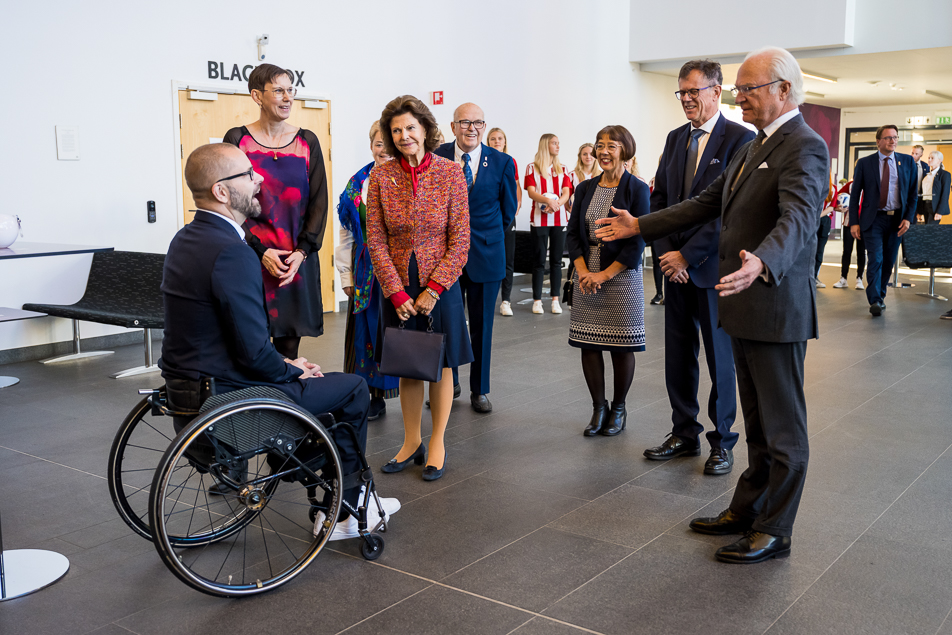 At Studio Acusticum, The King and Queen listened to a piece of music played on the concert hall organ. The Norrbotten Youth Symphony Orchestra then performed. 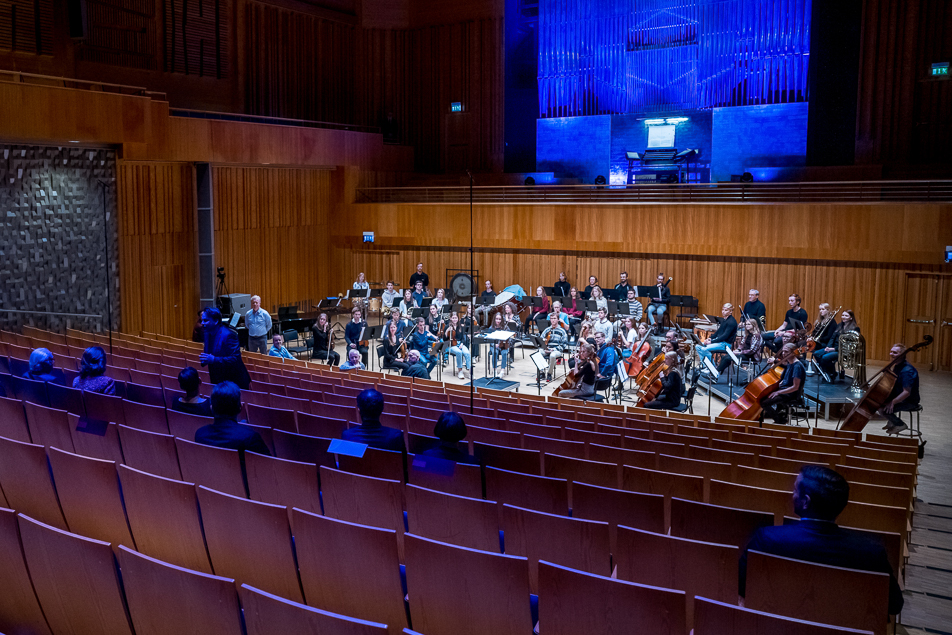 At Piteå Museum, The King and Queen were guided through the city's history and saw part of an exhibition about historic women who have lived and worked in the region. 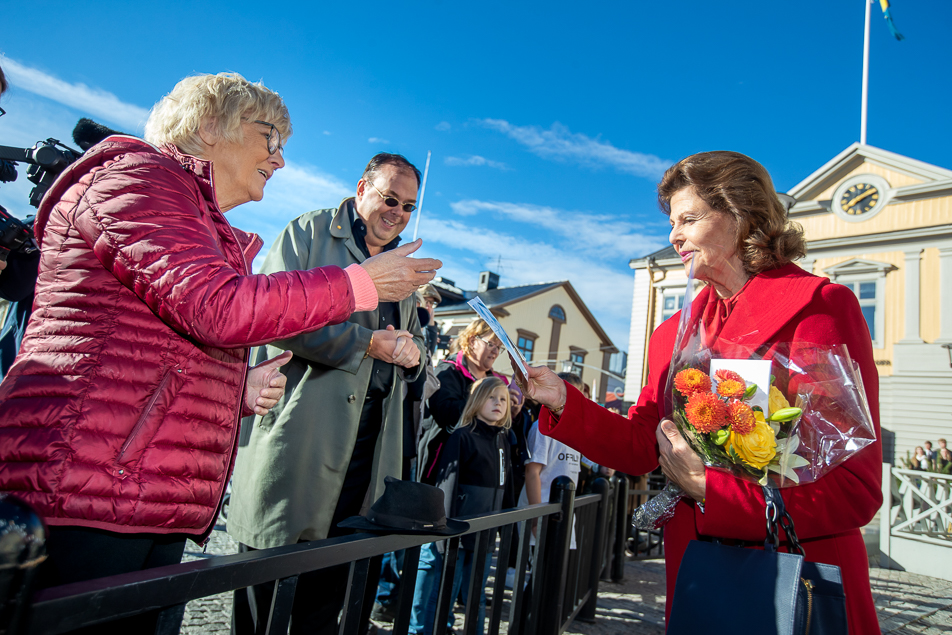 To mark the city's 400th anniversary, a ceremony was held on Piteå Square which began with an address by Municipal Commissioner Helena Stenberg. The King then gave a speech, in which he said:

Almost exactly 50 years ago, I was here on Rådhustorget Square to celebrate Piteå's 350th anniversary. This was May 1971. Perhaps some of you were also here then.

In any case, I am delighted to be back for an even bigger anniversary. And this time in the company of The Queen! 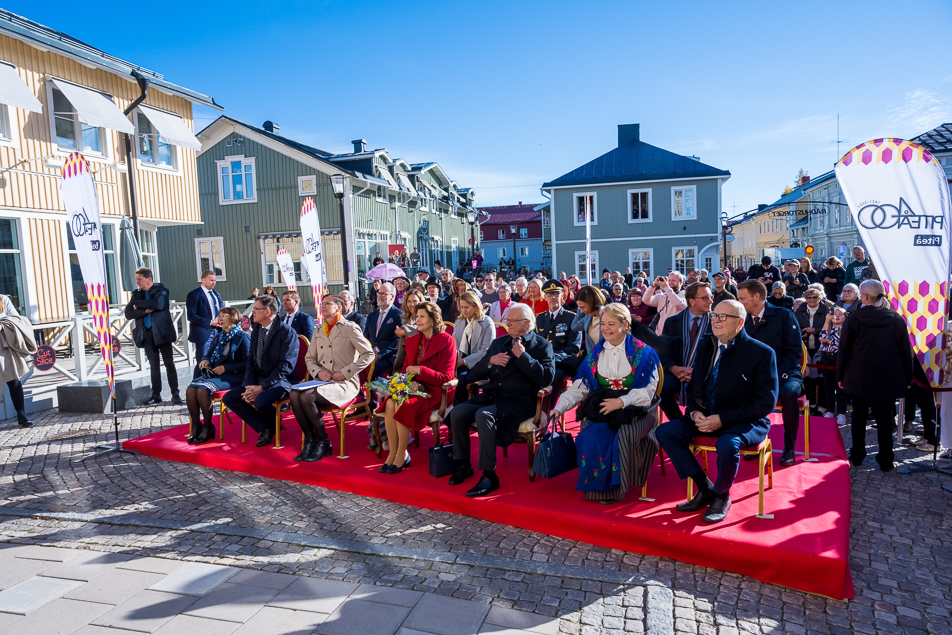 After his speech, The King unveiled the sculpture Kastal, which has been produced in connection with the city's 400th anniversary to mark 100 years of Swedish democracy.

The ceremony concluded with a performance from the chamber choir from Piteå College of Music.

After the celebrations in Piteå, The King and Queen travelled to Luleå where they began their visit by attending a ceremony at the newly renovated Stadsparken. The ceremony began with a speech by the County Governor and a dance performance by Dansinitiativet. The King then gave a speech, in which he said:

A city is more than just its houses, churches and restaurants. It is also the place where it is situated. It is its surroundings. And above all, it is its inhabitants! 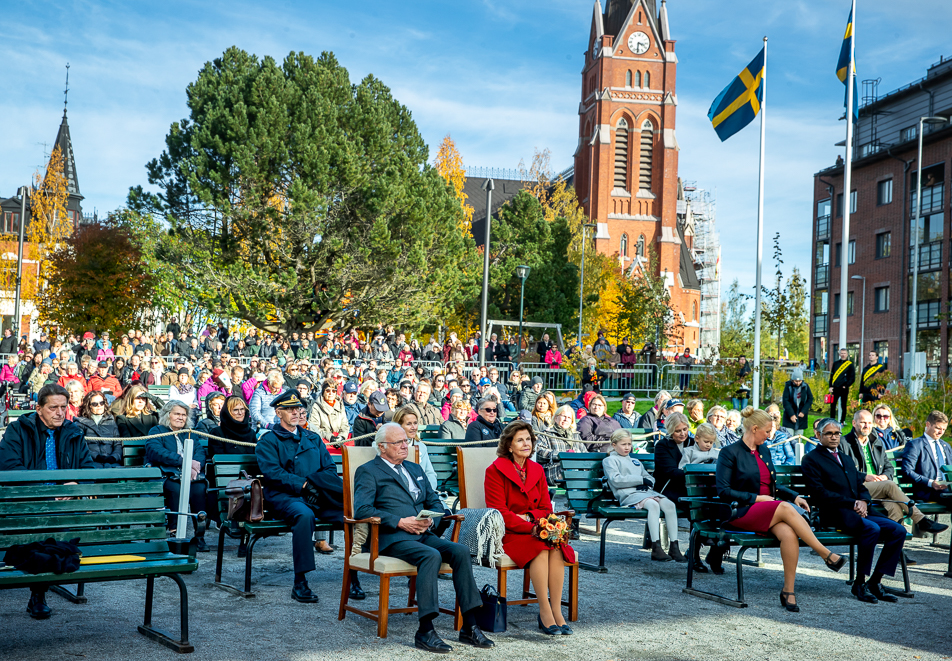 After his speech, The King planted a Norway maple to mark the anniversary. The ceremony concluded with music from the cultural school's brass band and a speech by Municipal Commissioner Carina Sammeli. 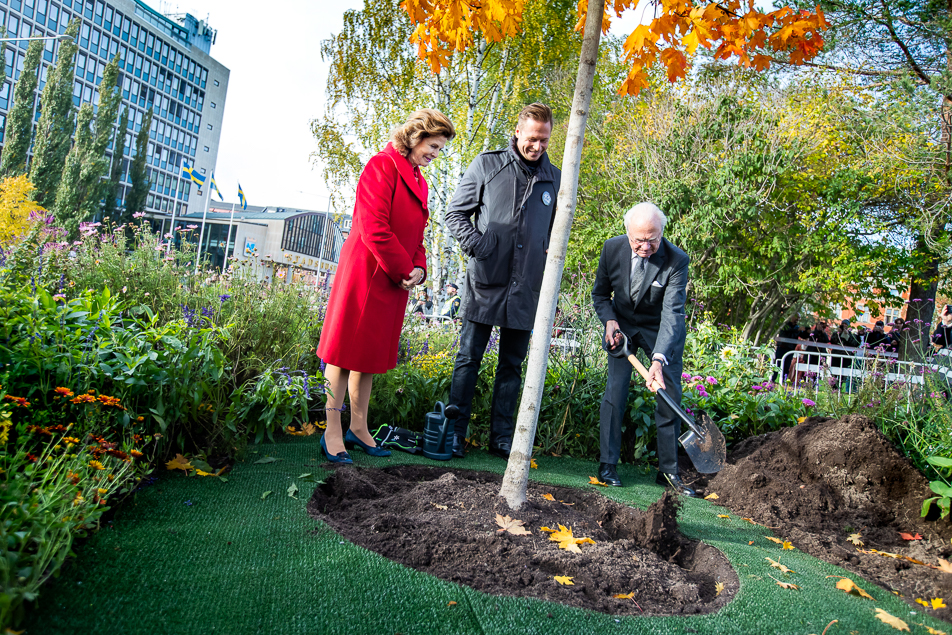 The King plants a Norway maple at Stadsparken in Luleå. Photo: Pär Bäckström/TT

The day concluded with dinner at the County Governor's official residence.