On Wednesday 22 September, The King opened Vrak – Museum of Wrecks on Royal Djurgården in Stockholm. 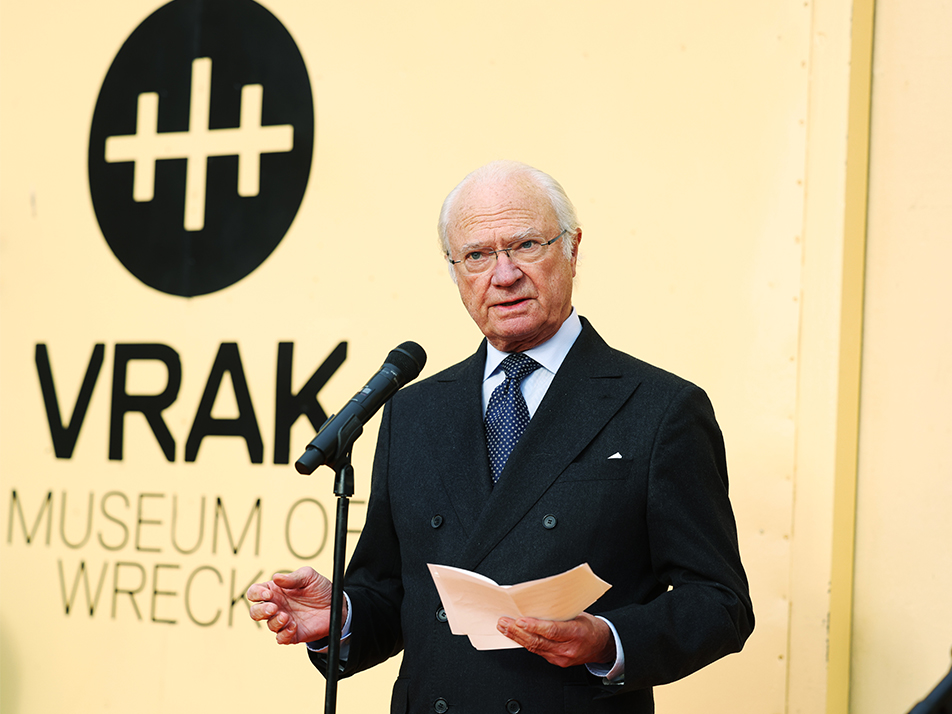 The King was then given a tour of the museum by marine archaeologists Patrik Höglund and Jim Hansson.

The opening ceremony began with Director Odd Johansen welcoming all those present, after which Director General Lars Amréus gave a speech before handing over to The King.

In his opening speech, The King said:

A wreck is quite simply a kind of time capsule. When we open it, we also open up opportunities for new knowledge and insights. About what society was once like. About how people lived. And about how Sweden became the country it is today.

Producing and preserving these narratives and bringing them to a broad audience is a great and important task. 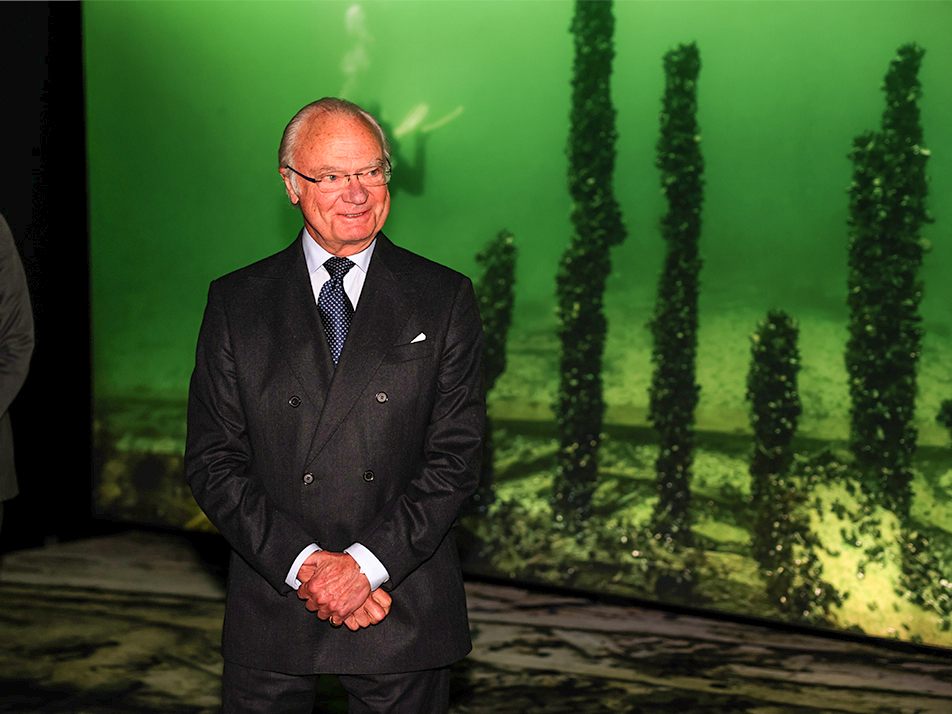 The King was given a tour of the museum. Photo: Nils Petter Nilsson/TT

The ceremony ended with The King declaring the museum open by firing the Vasa canon.