On Friday 17 September, The King received five new ambassadors during formal audiences at the Royal Palace. 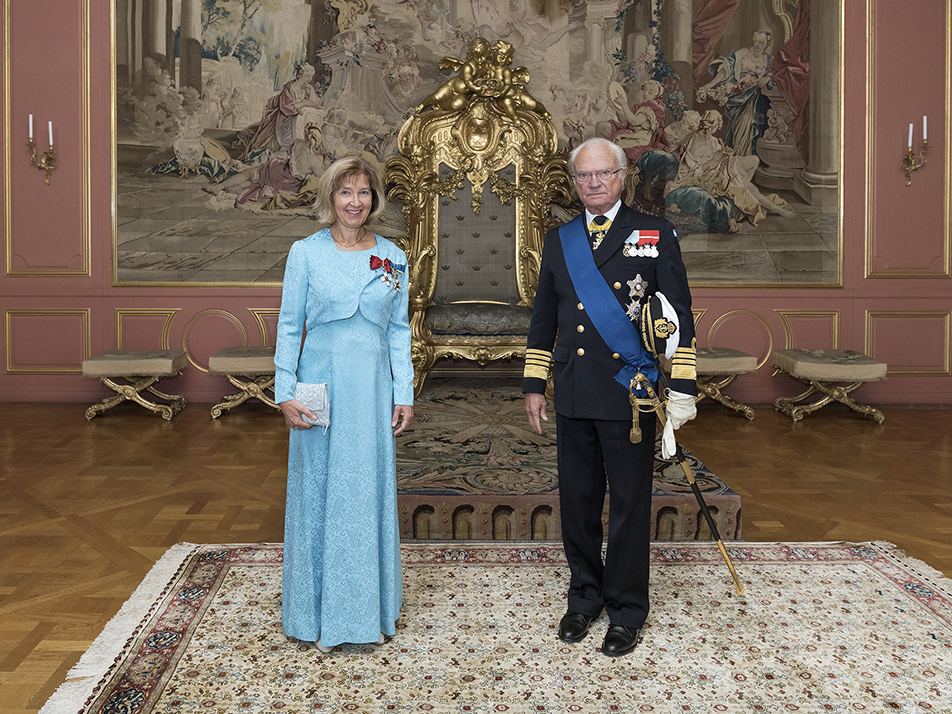 Ambassador Maimo Henriksson from Finland is welcomed by The King, who wore the Grand Cross of the Finnish Order of the White Rose during the audience. Photo: Lisa Raihle Rehbäck/The Royal Court of Sweden 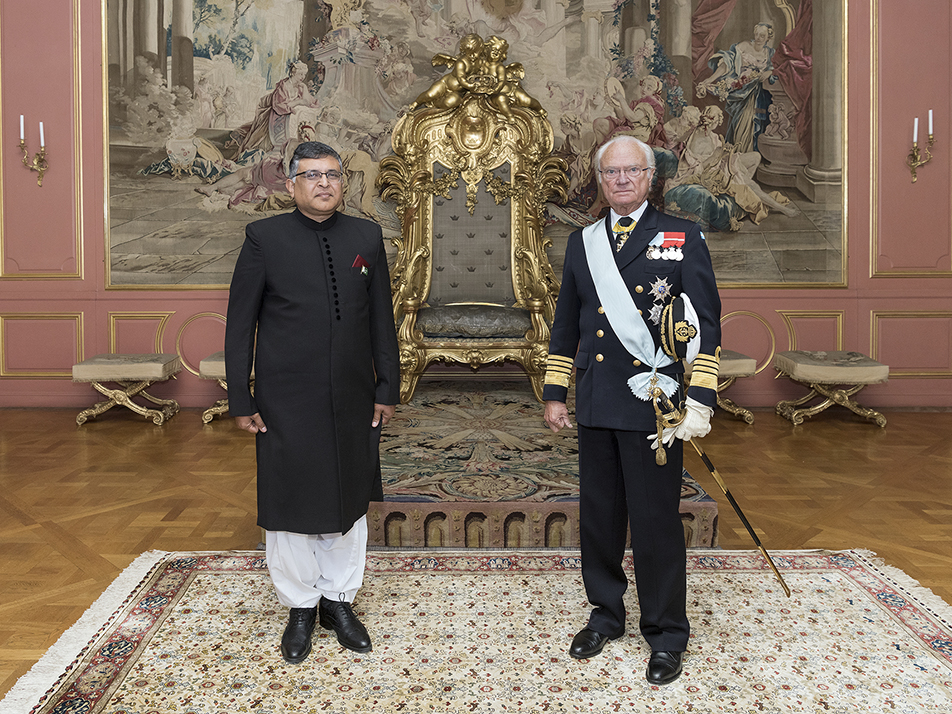 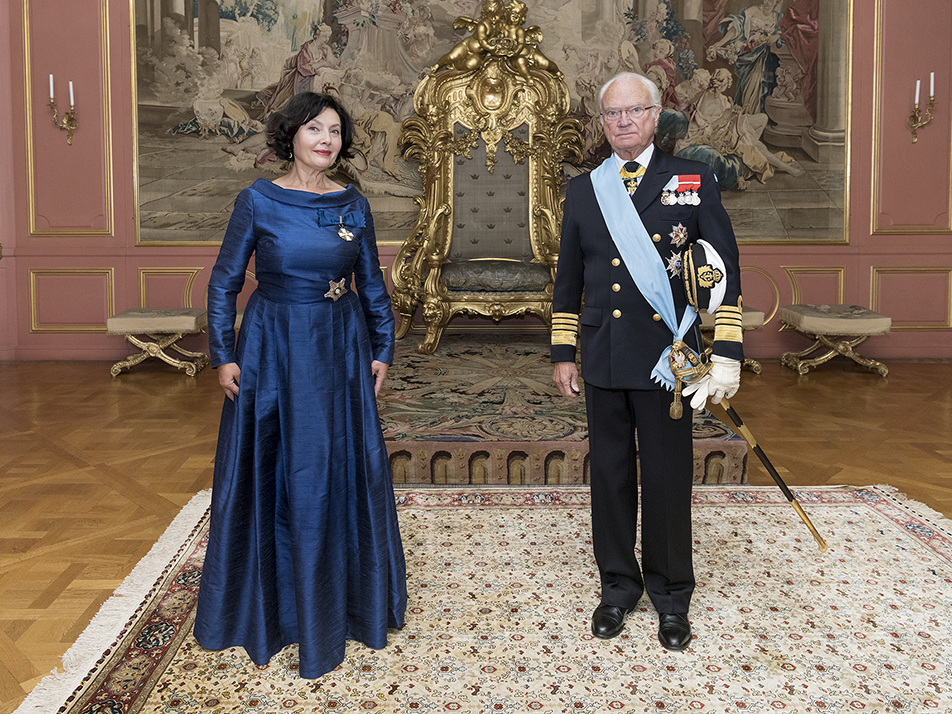 The King receives Poland's ambassador Joanna Hofman at a formal audience. During the audience, The King wore the Order of the White Eagle. 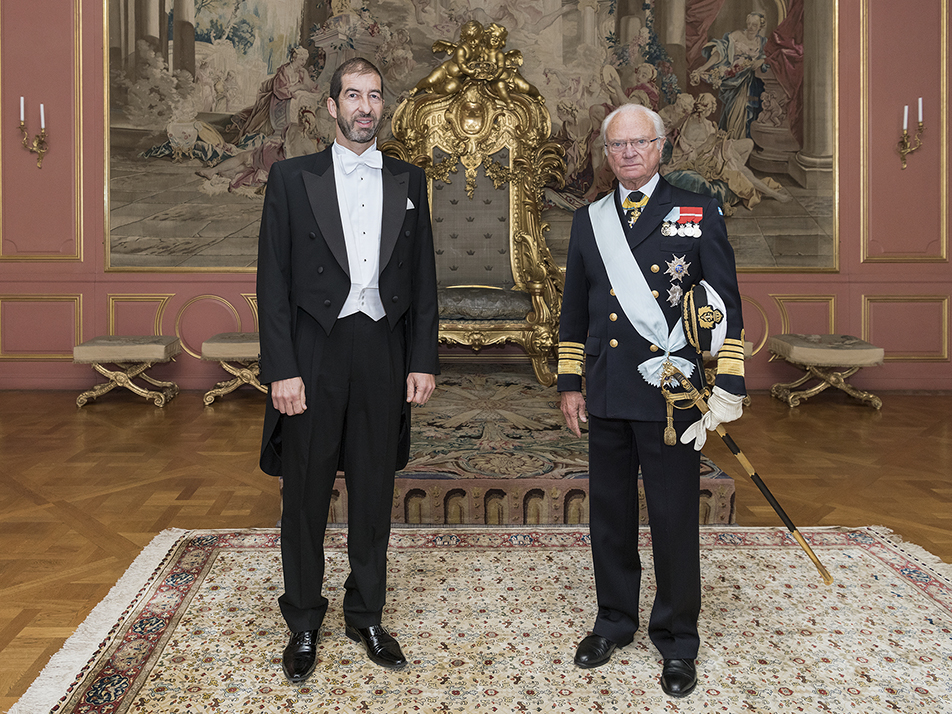 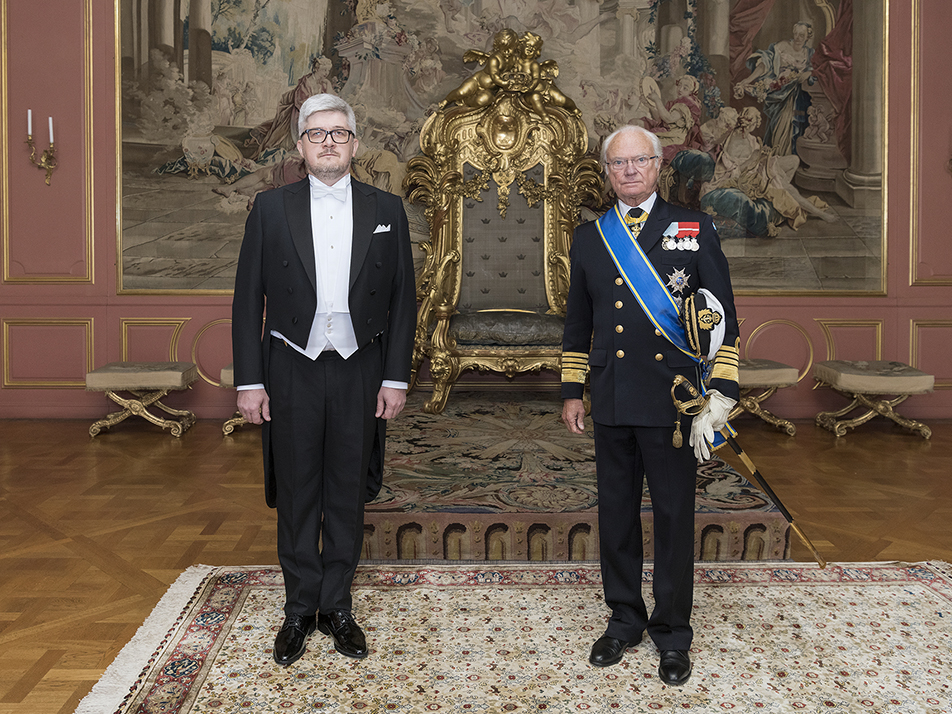 Ambassador Andrii Plakhotniuk from Ukraine is received by The King. During the audience, The King wore the Order of Prince Yaroslav the Wise. Photo: Lisa Raihle Rehbäck/The Royal Court of Sweden 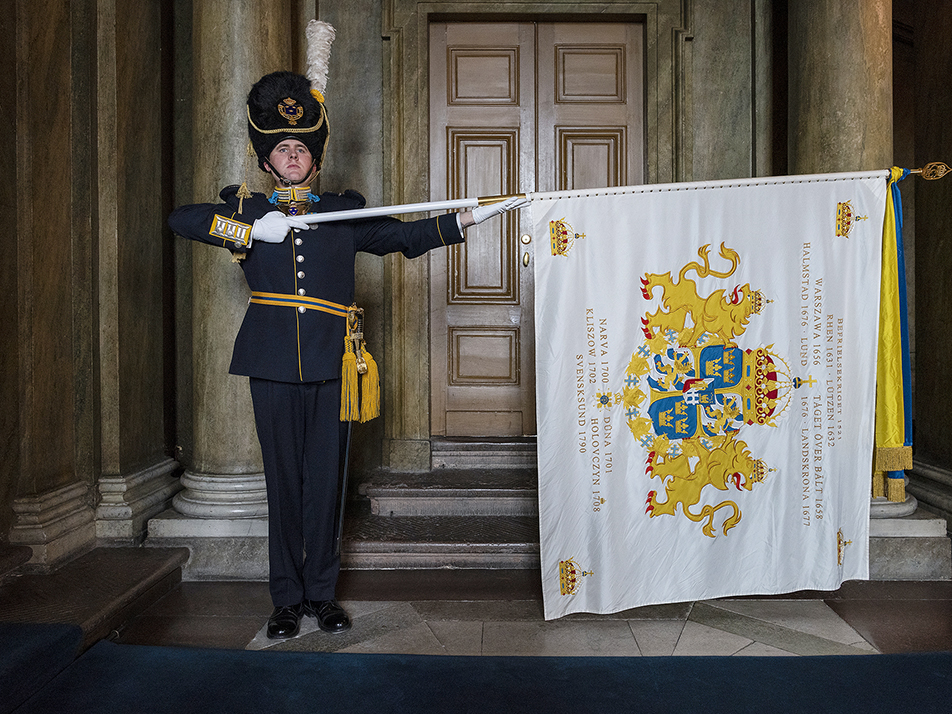 The ambassadors are greeted by the Life Guards' ensign as they enter the Royal Palace. Photo: Lisa Raihle Rehbäck/The Royal Court of Sweden