The Crown Princess attends the opening of the Sami Parliament

On Wednesday 1 September, The Crown Princess attended the opening of the Sami Parliament in Lycksele. 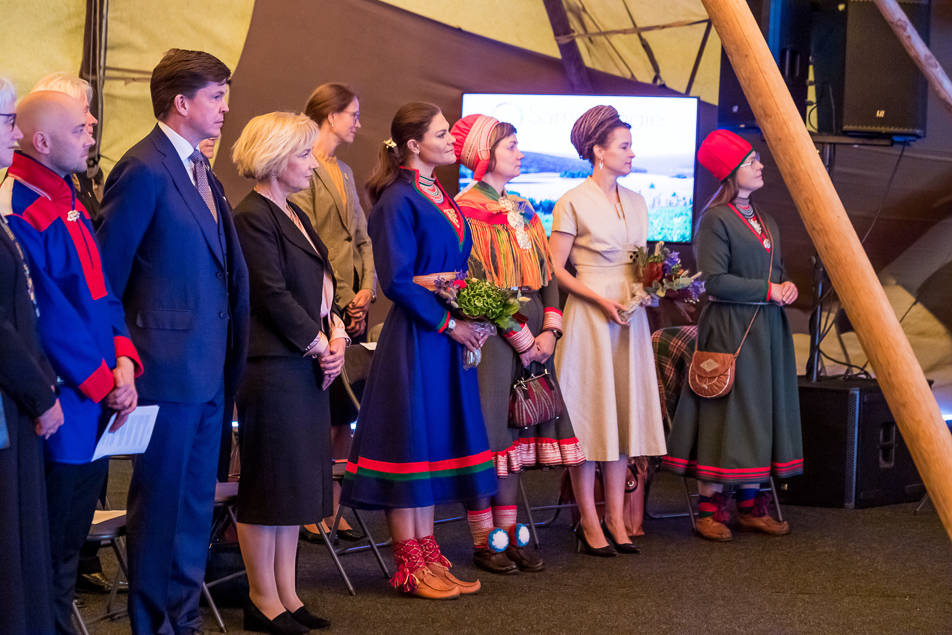 The Sami Parliament is a state authority with specific responsibility for language, culture and reindeer herding. The popularly elected parliament consists of 31 members who meet at plenary sessions three times a year. 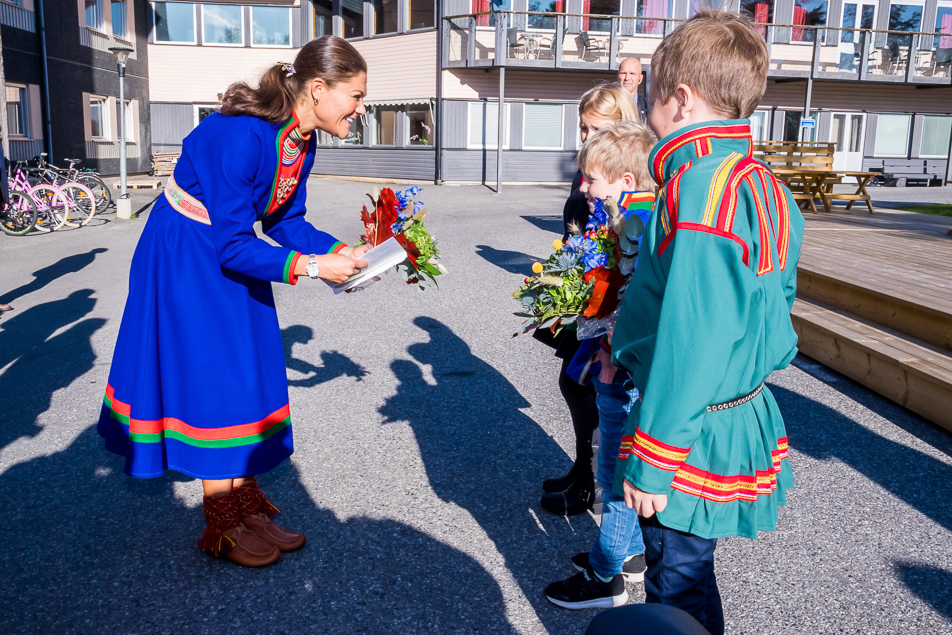 The Chair then declared the Sami Parliament's eighth mandate period 2021–2025 open, after which the members greeted The Crown Princess and the other guests of honour. 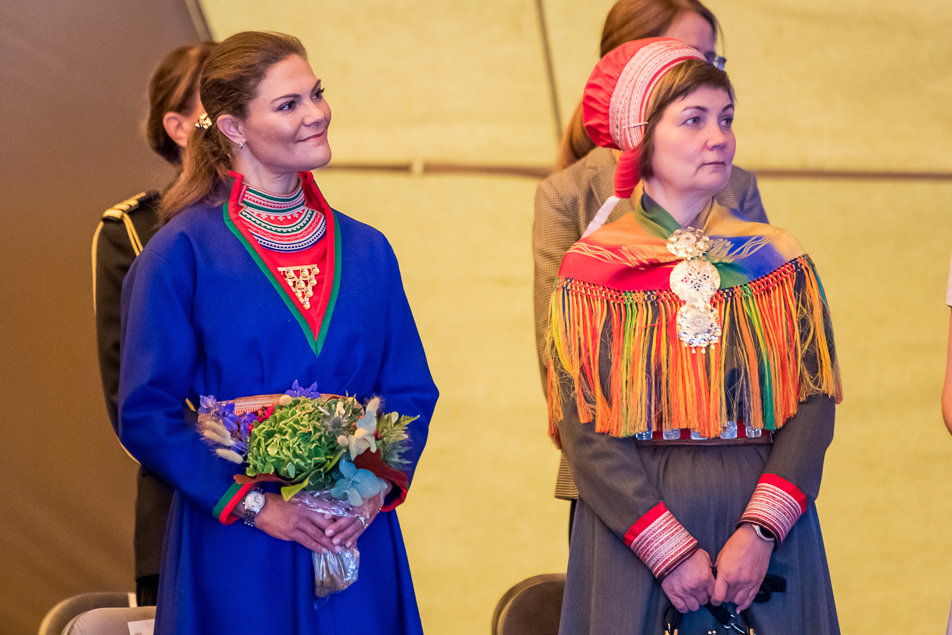 The Crown Princess wore the dress that was made for her for the opening of the Sami Parliament in 2009. Photo: Pelle T Nilsson/SPA

After lunch, The Crown Princess, Minister Lind and the County Governor had the opportunity to speak with the seven parties, who described their policies and key issues.

In the afternoon, The Crown Princess, Minister Lind, the County Governor and the Archbishop visited the churchyard at Gammplatsen in Lycksele. Here, Sami curator Mikael Jakobsson and elder Gunel Rönér Douhan from Lycksele Sami Association talked about the churchyard and an event 70 years ago when Sami remains were dug up during an archaeological excavation and displayed in museums. In August 2019, the remains were returned to their original resting place in the churchyard. 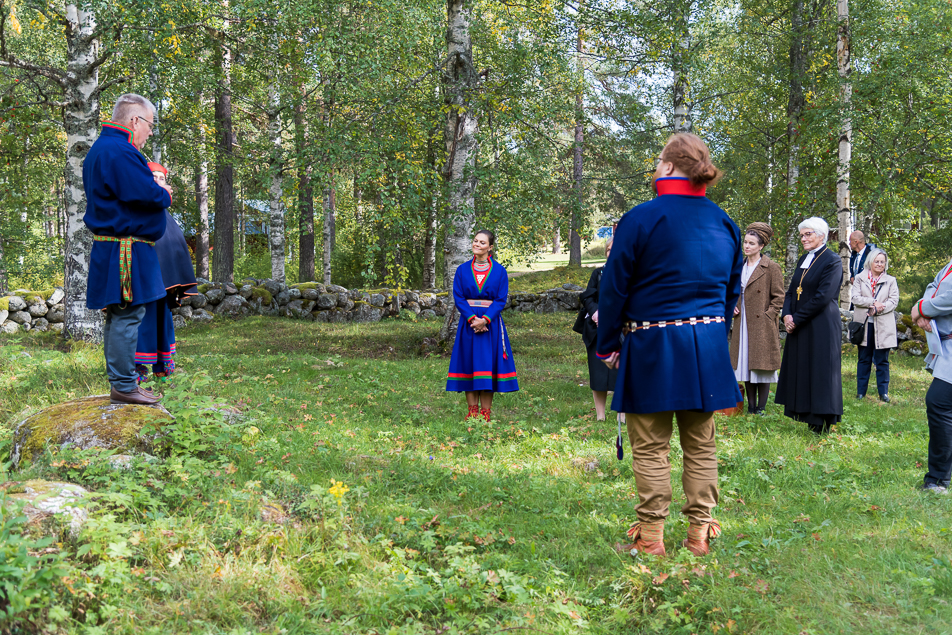 The Crown Princess at the churchyard at Gammplatsen in Lycksele. Photo: Pelle T Nilsson/SPA

The visit concluded with The Crown Princess, Minister Lind, the County Governor and the Archbishop visiting the Forest Museum, where they were shown the Sami section which includes a 17th century Sami drum, Birger Nordin's unique collection of more than 2,000 craft objects, Jöns Paul Mickelsson Hatta's reindeer sculptures, a knife wheel with 100 knifes, and a display of silver objects. 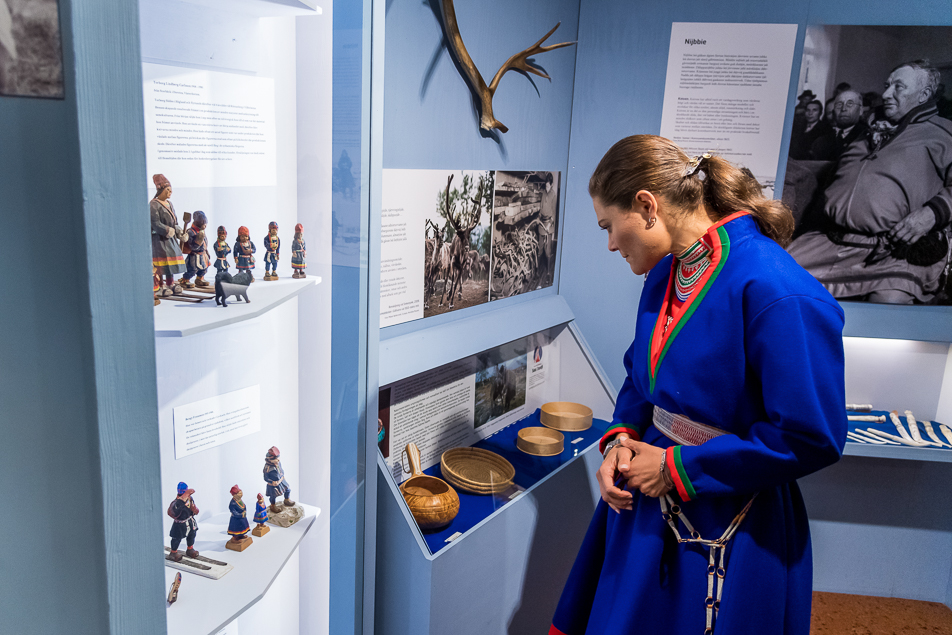 The Sami Parliament is both a popularly elected parliament and a state authority. Its work is governed by the Sami Parliament Act (SFS 1992:1433). There is a secretariat consisting of officials who deal with day-to-day duties, and a political level with elected politicians.

Find out more about the Sami Parliament.