On Friday 27 August, The Crown Princess took part in the commemoration of Raoul Wallenberg Day at Wallmans Salonger in Stockholm. 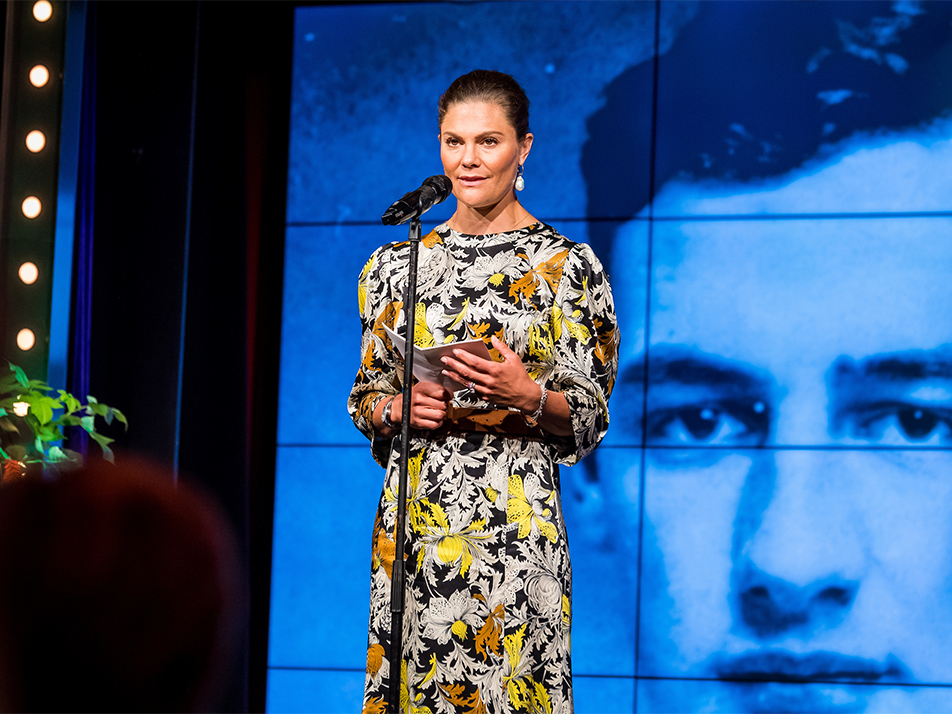 The prize-giving ceremony began with a discussion between master of ceremonies Leila Trulsen and Michael Wernstedt on Nina Lagergren and the academy, and on the importance of Raoul Wallenberg's actions.

Minister Märta Stenevi then presented diplomas to the winners of the Young Courage Award: 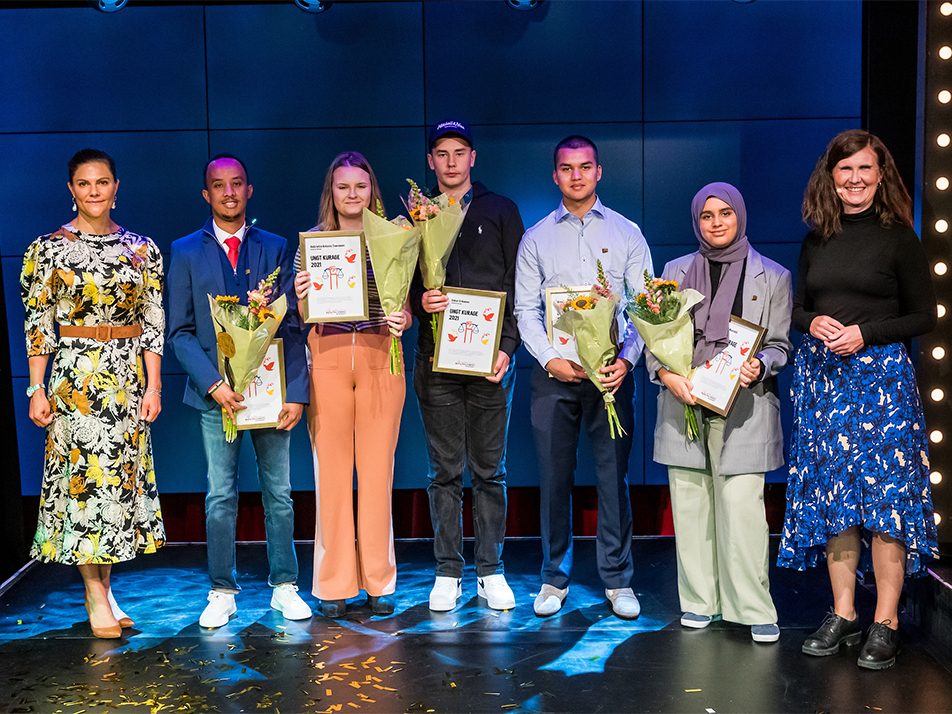 The Crown Princess and Minister Märta Stenevi with the winners of the Young Courage Award. Photo: Pelle T Nilsson

Dear young laureates: each one of you have, in various ways, demonstrated the power of action – small and large.

You have shown that just like Raoul Wallenberg, you, your commitment and your moral courage can make a real difference.

And by doing that, you give me – and all of us – reason to feel hope.

After The Crown Princess had given her speech, Minister Märta Stenevi paid tribute to the winners of the International Young Courage Award.

This year's Raoul Wallenberg Prize was awarded to Tobias Rawet from the Association of Holocaust Survivors. Tobias survived the Holocaust, and received the prize in recognition of 'his tireless work to share his testimony'. Tobias was presented with his prize by Michael Wernstedt. 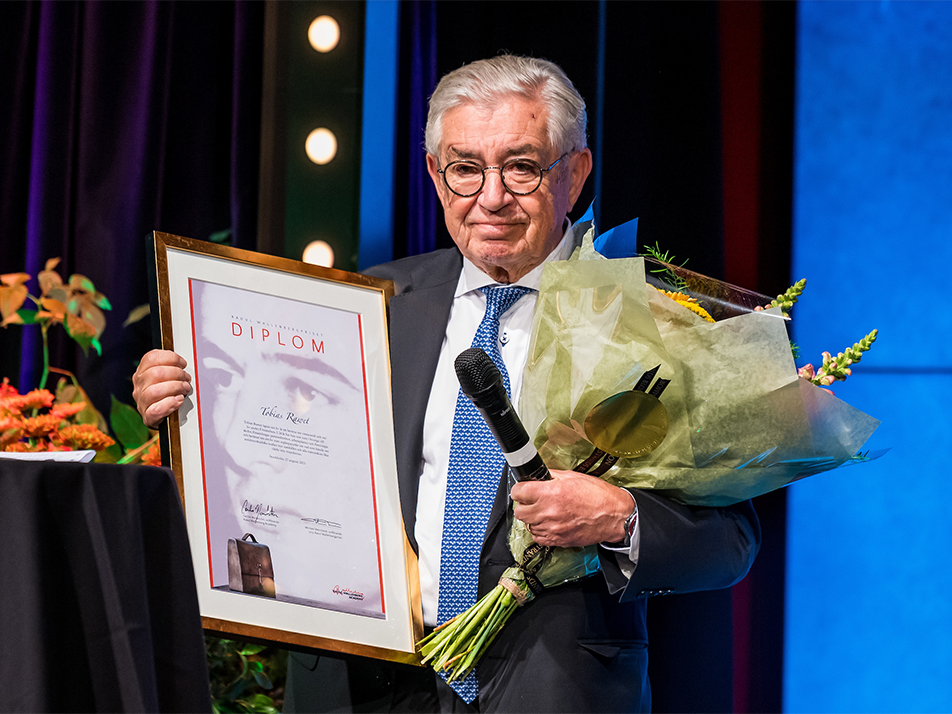 To mark the Raoul Wallenberg Academy's 20th anniversary, an Honorary Prize has also been awarded. Ahmed Abdirahman won the Honorary Prize for his work to promote democracy and positive change within society, and for having left a lasting impression on the public debate. Ahmed was presented with his prize by Mi Ankarcrona, the daughter of Nina Lagergren. 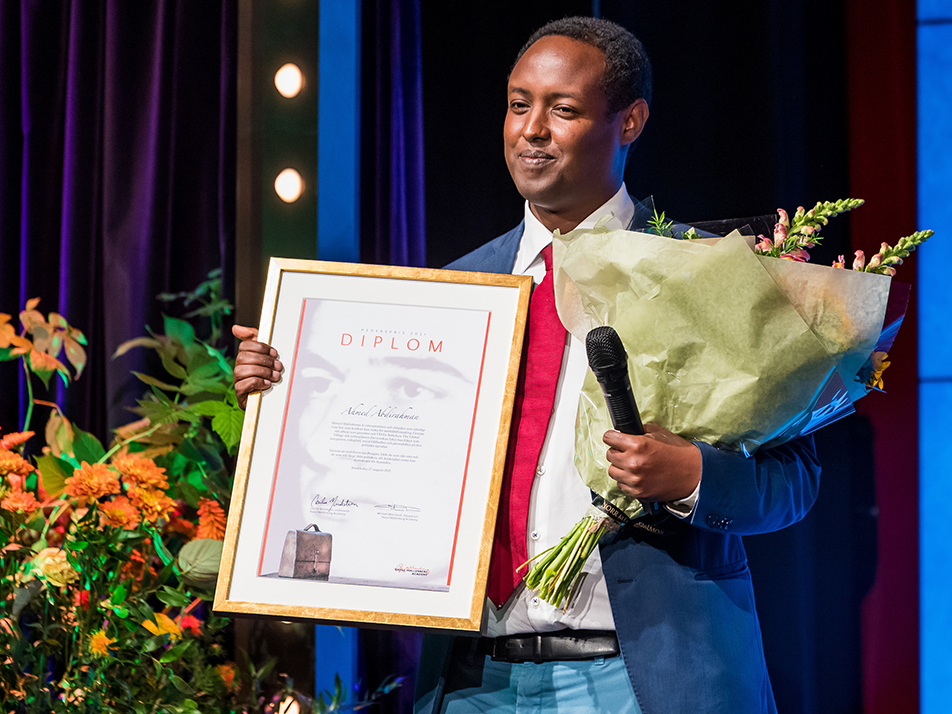 The ceremony concluded with The Crown Princess, Minister Märta Stenevi, Tobias Rawet and Ahmed Abdirahman speaking with the winners of the Young Courage Award. 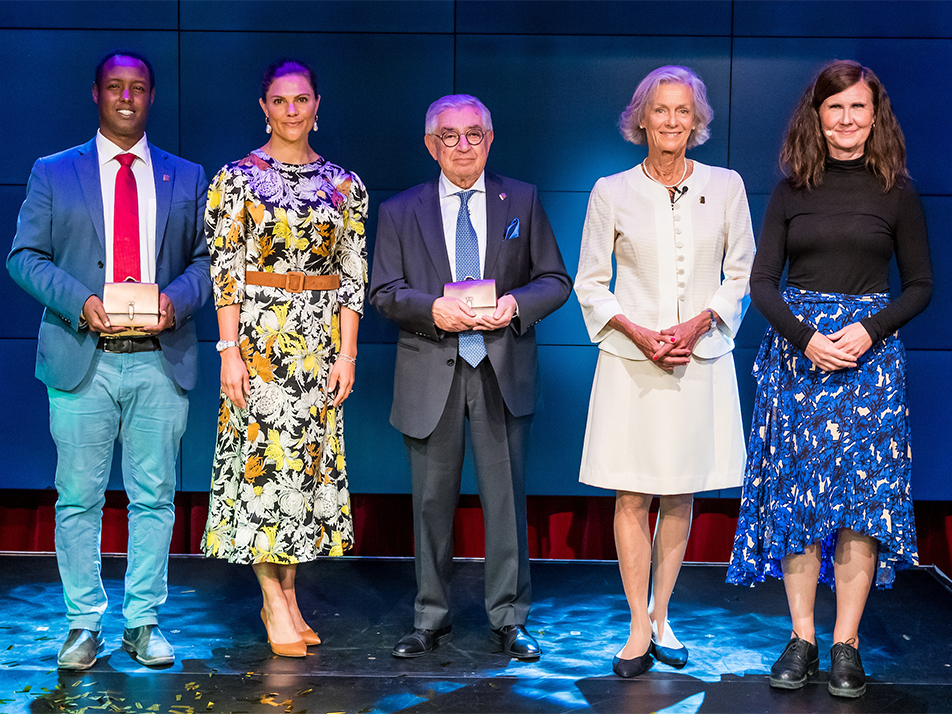 The Raoul Wallenberg Academy External link, opens in new window. (RWA) was established in 2001 by founders including Raoul Wallenberg's sister Nina Lagergren, with the vision of a compassionate society in which everyone can make a difference.

RWA works to help young people see themselves as leaders, and to act with moral courage to build a compassionate society. Tens of thousands of young people take part in RWA's training and school programmes each year. RWA also trains teachers and school leaders in self-leadership, with the aim of reinforcing upper secondary schools' work with values.