The King speaks at WWF's 'An evening for our planet' gala

On Thursday 26 August, The King gave a speech at WWF's 'An evening for our planet' gala, which was broadcast on TV. 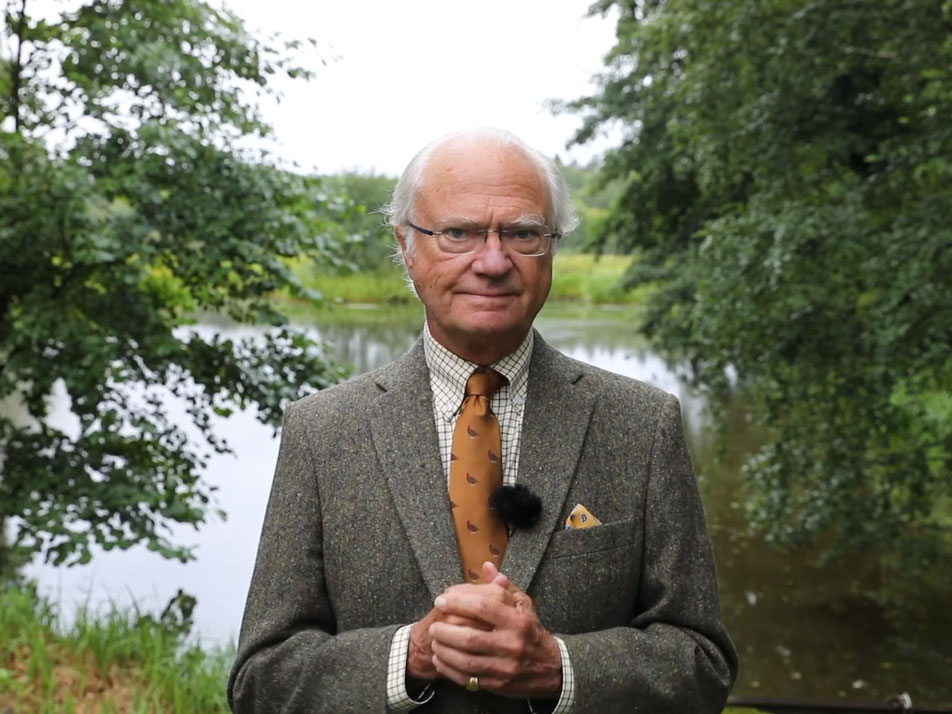 The King recorded his speech at Lake Isbladskärret on Djurgården in Stockholm. Photo: Sara Friberg/The Royal Court of Sweden

The King is Chairman of the WWF Council, and the gala was arranged to mark WWF Sweden's 50th anniversary.

During the evening, reports were also shown from various parts of the world about how nature and cities are being affected by climate change, deforestation, illegal hunting and other threats to our planet.

In his speech during the gala, The King said:

For fifty years – half a century – I have had the privilege of being involved with the World Wide Fund for Nature. In this and other contexts, I have followed environmental and climate-related developments, often with great concern. But also with hope!"

The 'An evening for our planet' gala was broadcast on TV.

WWF (the World Wide Fund for Nature) is an independent nature conservation organisation without any party political affiliations. WWF operates in more than 100 countries and with over five million supporters around the world.

WWF works to stop the degradation of the planet's natural environment and to build a future in which humans live in harmony with nature. WWF carries out climate and nature conservation work, in which urgent or long-term initiatives are needed in order to slow climate change and save endangered plants, animals or entire natural habitats.