On Friday 20 August, The King and Queen visited Kalmar County to highlight initiatives being carried out in connection with the Covid-19 pandemic. 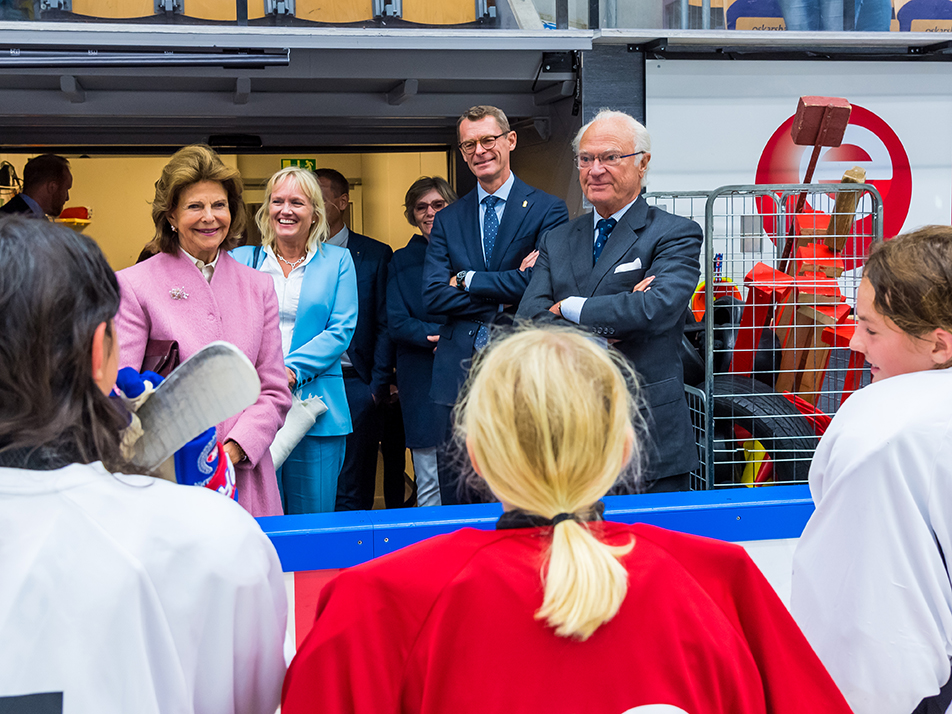 The King and Queen were welcomed by County Governor Peter Sandwall who, together with his wife Pernilla Sandwall, was host for the day.

On their way to the first visit of the day, the County Governor and County Director Eva Brynolf described the pandemic situation in the county.

At Solhem, a care home in Mönsterås, The King and Queen were welcomed by Chair of the Municipal Executive Board Anders Johansson. Here, representatives from Region Kalmar spoke about the work being carried out by the Royal Swedish Academy of Engineering Sciences and the county's vaccination centres.

Managers and employees from Solhem then talked about the care home, which opened just before the pandemic in 2020. The home has room for 40 residents, and the building also includes a preschool with the aim of encouraging interactions between children and the elderly. Like many other similar facilities, Solhem has been affected by both the ban on visitors and the Covid-19 pandemic. In Solhem's courtyard, The King and Queen spoke to some of the residents. 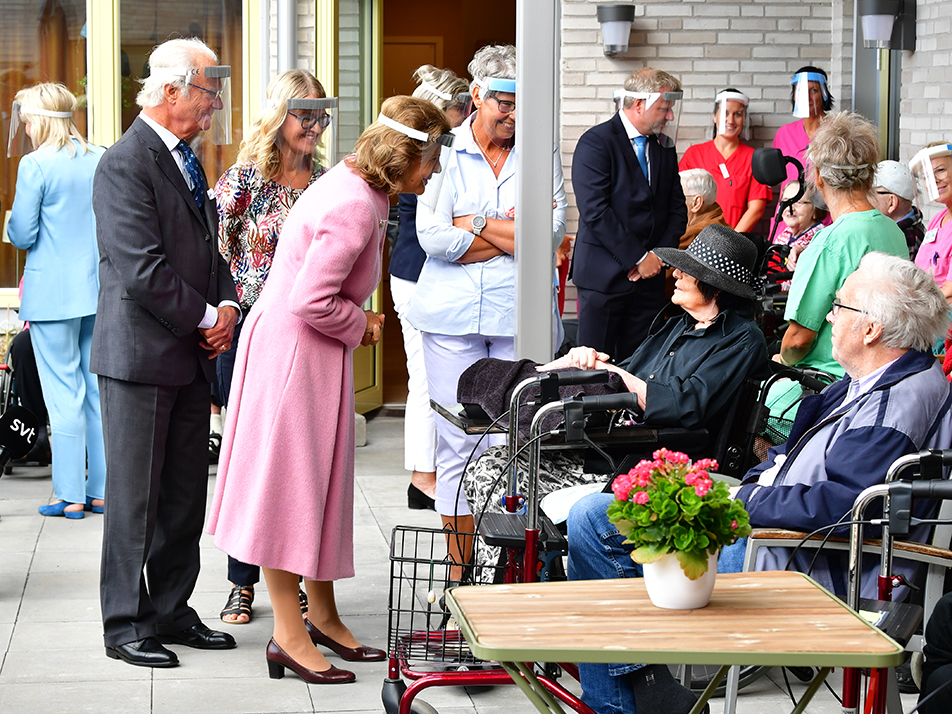 The King and Queen greet residents during their visit to the Solhem care home in Mönsterås. Photo: Jonas Ekströmer/TT 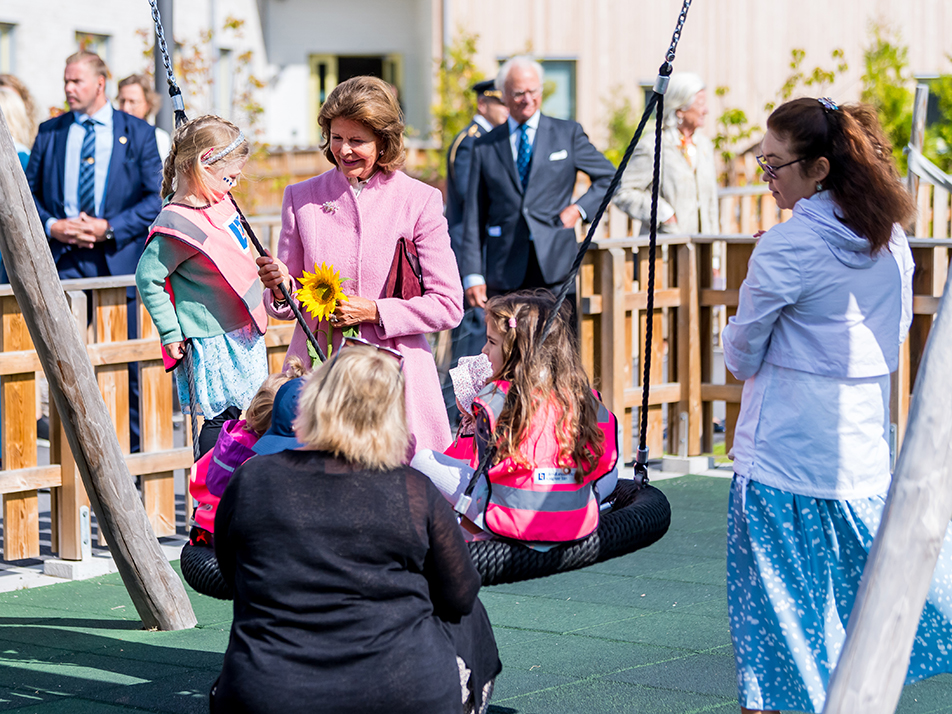 Children from Solhem's preschool greet The King and Queen during their visit to Mönsterås. Photo: Pelle T Nilsson/SPA

On their way to the Badholmen restaurant, The King and Queen spoke to Ulrica Bennesved, Regional Manager at the Confederation of Swedish Enterprise, who described the business climate in the county and how it has been affected by the pandemic.

During the afternoon, The King and Queen met the following:

At the Nova education centre in Oskarshamn, The King and Queen learnt about the school's operations. Nova is run by Oskarshamn Municipality, and arranges post-upper secondary education in collaboration between academia, industry and the public sector. Linnaeus University's Pro-Vice-Chancellor was also present, and spoke about the university's challenges and solutions in terms of providing education during the pandemic. 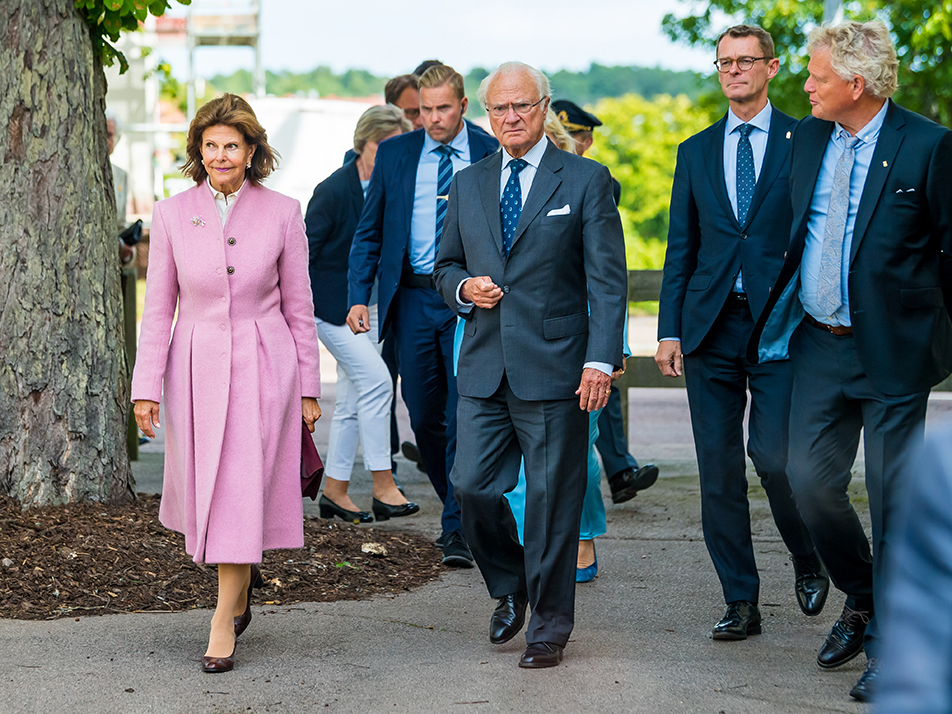 The King and Queen on their way to Nova Oskarshamn, together with County Governor Peter Sandwall and head teacher Bengt Karlsson Moberg. Photo: Pelle T Nilsson/SPA

At Oskarshamn Arena, The King and Queen met Oskarshamn Ice Hockey Club's manager Martin Åkerberg, who presented the club's activities and explained how – like all other sports clubs in Sweden – it has had to adapt its activities in line with the restrictions introduced during the pandemic. He spoke about how cancelling training has affected young people, and the introduction of rapid testing before matches and training sessions. During their visit to the arena, The King and Queen also spoke with young ice hockey players. 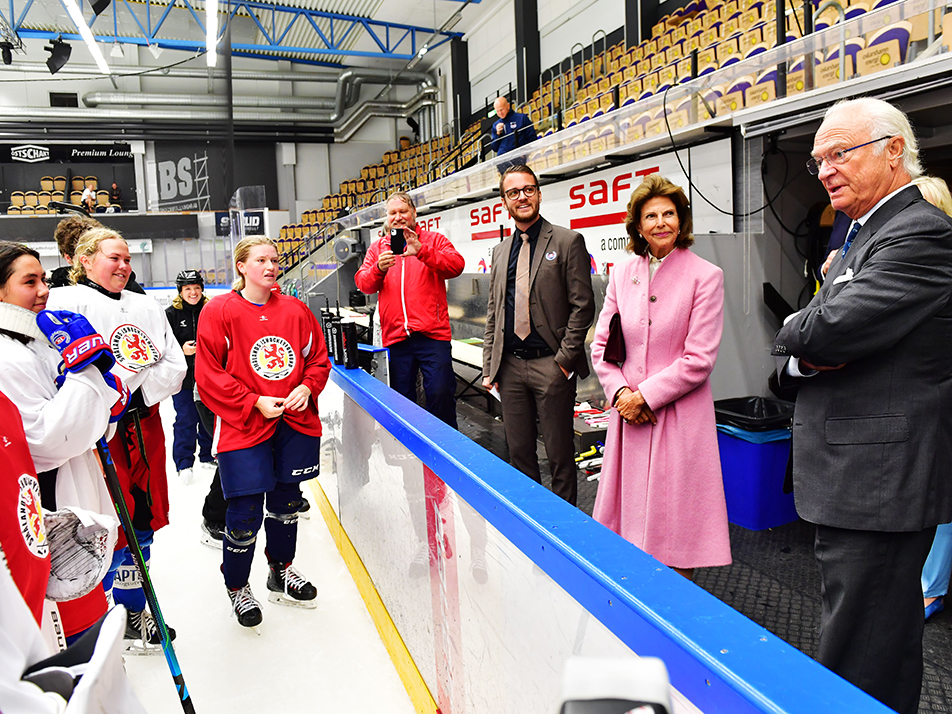 The King and Queen at Oskarshamn Arena. Photo: Jonas Ekströmer/TT

On their way to Kalmar, The King and Queen spoke with Örjan Molander, Director of Kalmar County Museum. He talked about the museum's work during the pandemic and the future of its operations. The King and Queen also watched extracts from the film production '12 municipalities', which the Camerata Nordica chamber orchestra had recorded during the year to reach a digital audience.

The visit to Kalmar County concluded at Kalmar Cathedral, where Dean Peter Wänehag explained how the pandemic has affected everyone in society, and spoke about his hopes for the future once the pandemic is over. The King and Queen then listened to choral singing and lit candles. 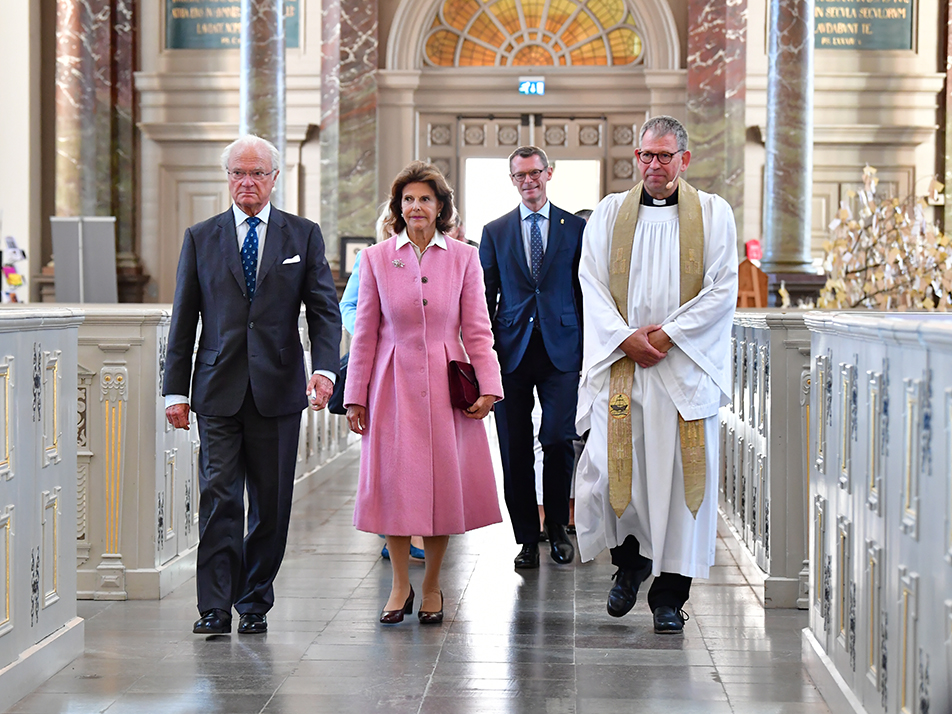 In connection with the ongoing Covid-19 pandemic, members of the Royal Family will be visiting Sweden's 21 counties at the initiative of HM The King.

The first four visits took place in autumn 2020, but subsequent visits were postponed due to the second wave of the pandemic. The visit to Kalmar marked the resumption of visits to Sweden's counties during autumn 2021.

Through these visits, The King hopes to show the Royal Family's solidarity with those who have been affected and to highlight local initiatives within different sectors of society.

All visits will be adapted in view of the ongoing pandemic, and will be carried out in accordance with the Public Health Agency of Sweden's recommendations.